Photoreal SketchUp to Unity: Part 3- Scene Lighting. Basic Unity Tutorial for Steam VR & Vive (Setting up HMD and controllers) Changing Level with Triggers in Unity 5. Creating a 2D game with Unity — Pixelnest Studio. Using the Unity native 2D tools, you will learn how to make a small “Shoot’Em Up” (abbreviated to shmup thereafter) with this tutorial. 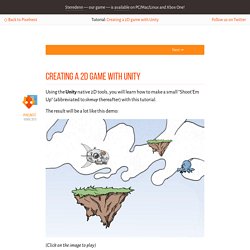 The result will be a lot like this demo: (Click on the image to play) With time and work you can make a game like Steredenn. We actually use the code of the tutorial in our game! We will focus on a shmup with an horizontal scrolling. How to Make a Game Like Jetpack Joyride in Unity 2D – Part 1. With the release of Unity 4.3, developers no longer had to use third party libraries or create their own solutions to build 2D games. 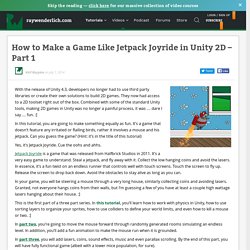 They now had access to a 2D toolset right out of the box. Combined with some of the standard Unity tools, making 2D games in Unity was no longer a painful process, it was … dare I say … fun. :] In this tutorial, you are going to make something equally as fun. It’s a game that doesn’t feature any irritated or flailing birds, rather it involves a mouse and his jetpack. Can you guess the game? Top Down 2D Game Basics. 2D Game Creation. The Foundation for VR. Made with Unity at the Sundance Film Festival. UNIDUINO - Arduino for Unity. Communicating from Unity 3D to an Arduino.

Basic Arduino to Unity tutorial. HTC Vive Tutorial for Unity. If you're new here, you may want to subscribe to my RSS feed or follow me on Twitter. 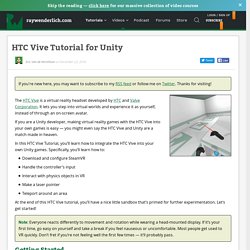 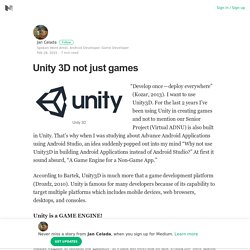 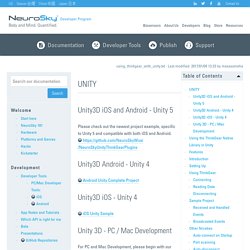