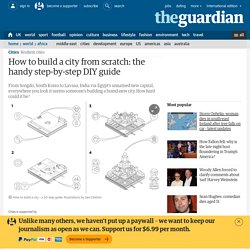 Well, it is a little. But problems arise in reality that don’t come up in cyberspace, including vainglorious dictators, pompous architects, bureaucratic impedimenta and the fact that much of the best land is already inhabited by those intractable objects: pesky humans. Nevertheless, after studying several urban planning projects around the world, we’ve mastered the step-by-step process of how to build your very own real city. +Architecture News — Architecture For Future-Architecture.Urbanism.Interior.Art.Technology. This is the full statement released earlier today by Zaha Hadid Architects. 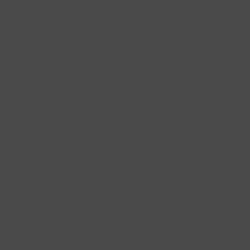 It is with great sadness that Zaha Hadid Architects have confirmed that Dame Zaha Hadid, DBE died suddenly in Miami in the early hours of this morning. She had contracted bronchitis earlier this week and suffered a sudden heart attack while being treated in hospital. 3D Interior Walkthrough. City in the Sky - concept architecture. SSPLIT House on Behance. Several sustainable systems are implemented in the house to further reduce energy consumption. 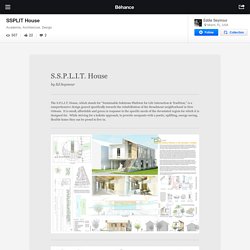 City of Science and Technology - 2013 on Behance. Steven Holl. Architecture ”begins with a site and a circumstance, a situation and a programme” according to Holl. 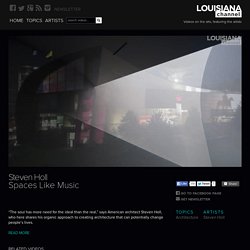 Therefore it should be reinvented for every situation instead of simply aiming for a signature style. Holl’s focus is thus on the place rather than on the need to strengthen a given brand, which seems prevalent in modern society. The organic relation between everything, the intertwining of every element and material, including the light, is an important part of how Holl creates his architectural designs. “Architecture is about shaping space”, states Holl, and the experience of the architectural space should be pure and free of the conceptual strategies behind it – just as when you experience and appreciate music. “The soul has more need for the ideal than the real,” he continues, explaining how it can be of utmost importance to break the rules and mentioning Louisiana Museum of Modern Art in Denmark as an example of how this can be done successfully and exceptionally. 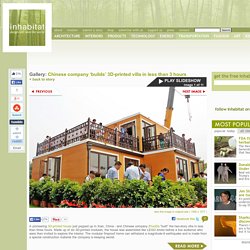 Made up of six 3D-printed modules, the house was assembled like LEGO bricks before a live audience who were then invited to explore the interior. The modular fireproof home can withstand a magnitude-9 earthquake and is made from a special construction material the company is keeping secret. The company completed approximately 90 percent of the construction in an off-site factory before shipping the modular pieces to the installation site.

This efficient and timesaving process dramatically reduces construction costs to just 2,500 – 3,000 yuan ($400 – $480) per square meter. According to An Yongliang, the developing engineer at Zhuoda, the 3D-printed villa only takes about 10 days to produce from initial construction to final assembly, while it typically takes half a year to build a traditional villa. + ZhuoDa Group Via Xinhua, 3Ders Images via Xinhua. Architectural inspiration.