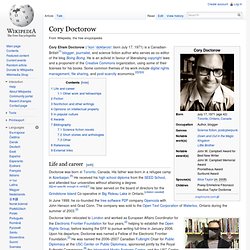 He is an activist in favour of liberalising copyright laws and a proponent of the Creative Commons organization, using some of their licenses for his books. Some common themes of his work include digital rights management, file sharing, and post-scarcity economics.[2][3][4] Life and career[edit] Doctorow, a member of the Open Rights Group's Advisory Council speaks about how he got involved in digital rights. Doctorow later relocated to London and worked as European Affairs Coordinator for the Electronic Frontier Foundation for four years,[2] helping to establish the Open Rights Group, before leaving the EFF to pursue writing full-time in January 2006.

Other work and fellowships[edit] He served as Canadian Regional Director of the Science Fiction and Fantasy Writers of America in 1999. Manifesto for a virtual revolution: Cyber-activist Cory Doctorow's new novel imagines a revolt of online slaves - Features, Books. "Someone who just accepts every technology he comes across is not being especially technophilic, because this doesn't require any reflection or choice," he argues. 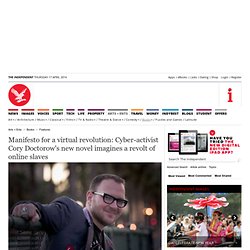 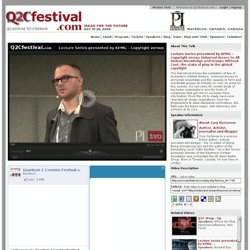 As great as this sounds, it's bad news for certain kinds of top-heavy organizations and the kinds of companies that got rich on exclusion from information. From the UN to shady back-room "plurilateral" treaty negotiations, from the blogosphere to staid standards-committees, the fight over the future rages, with diplomacy and activism at its core. Speaker Information. Boing Boing: CoryDoctorow. Cory Doctorow at 3:00 pm Sat, Apr 12, 2014 • 0 One year ago today Iranian scientist invents machine that predicts the future: My invention easily fits into the size of a personal computer case and can predict details of the next 5-8 years of the life of its users. 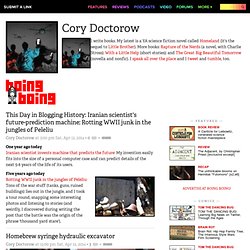 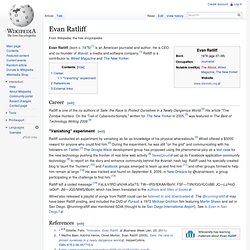 He is CEO and co-founder of Atavist, a media and software company.[1] Ratliff is a contributor to Wired Magazine and The New Yorker. Career[edit] Evan Ratliff (theatavist) Evan Ratliff Has Vanished. Portail d'informations. Guardian to launch new team concentrated on multimedia and crowdsourcing. Paul Lewis to head new Guardian special projects team. The award-winning Guardian reporter, Paul Lewis, is to stay at the newspaper to head up a newly-created multimedia special projects team. 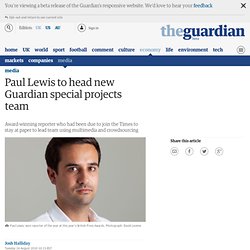 Lewis was due to join the Times in September as a special correspondent but will now lead a new team of reporters at the Guardian, which is part of the group that publishes MediaGuardian.co.uk. Dan Roberts, who takes over as the Guardian's national news editor next month, will work with Lewis to recruit a small team finding new angles on breaking news stories, including using multimedia and crowdsourcing. Lewis used these techniques in his investigation into the details of the death of Ian Tomlinson at the 2009 G20 protest in London, for which he won reporter of the year at the British Press Awards in March.