Obesity is Inflammatory Disease, Rat Study Shows. Scientists led by Dr David Fairlie from the University of Queensland, Australia, have found abnormal amounts of an inflammatory protein called PAR2 in the fat tissues of overweight and obese rats and humans. 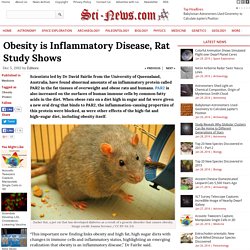 PAR2 is also increased on the surfaces of human immune cells by common fatty acids in the diet. When obese rats on a diet high in sugar and fat were given a new oral drug that binds to PAR2, the inflammation-causing properties of this protein were blocked, as were other effects of the high-fat and high-sugar diet, including obesity itself. Zucker Rat, a pet rat that has developed diabetes as a result of a genetic disorder that causes obesity. 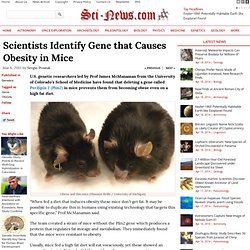 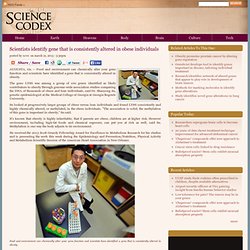 The gene LY86 was among a group of 100 genes identified as likely contributors to obesity through genome-wide association studies comparing the DNA of thousands of obese and lean individuals, said Dr. Shaoyong Su, genetic epidemiologist at the Medical College of Georgia at Georgia Regents University. Su looked at progressively larger groups of obese versus lean individuals and found LY86 consistently and highly chemically altered, or methylated, in the obese individuals. "The association is solid; the methylation of this gene is important in obesity," Su said. It's known that obesity is highly inheritable; that if parents are obese, children are at higher risk. Taste Sensors in the Gut Could Help Fight Obesity. --by Suzanne Boothby The Gist With nearly two-thirds of American adults and one-third of American children overweight or obese, experts wonder what it will take to reverse this epidemic. 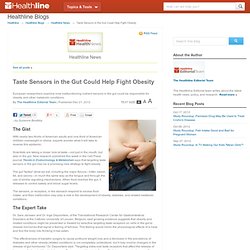 Scientists are taking a closer look at taste—not just in the mouth, but also in the gut. New research published this week in the Cell Press journal Trends in Endocrinology & Metabolism says that targeting taste sensors in the gut may be a promising new strategy to fight obesity. The gut "tastes" what we eat, including the major flavors—bitter, sweet, fat, and savory—in much the same way as the tongue and through the use of similar signaling mechanisms. The sensors, or receptors, in the stomach respond to excess food intake, and their malfunction may play a role in the development of obesity, diabetes, and related metabolic conditions. The Expert Take Dr. Dr. "We now know that the receptors that sense sugar and artificial sweeteners are not limited to the tongue,” he said in a 2007 statement.

The Takeaway. An opportunistic pathogen causes obesity. Shifting the balance between good fat and bad fat. Sanford-Burnham researchers show that protein p62 balances metabolism in fat tissue—making it an attractive target for anti-obesity therapies In many cases, obesity is caused by more than just overeating and a lack of exercise. 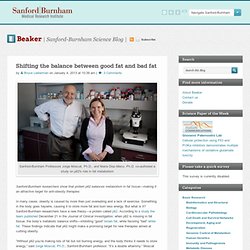 Something in the body goes haywire, causing it to store more fat and burn less energy. But what is it? Sanford-Burnham researchers have a new theory—a protein called p62. According to a study the team published December 21 in the Journal of Clinical Investigation, when p62 is missing in fat tissue, the body’s metabolic balance shifts—inhibiting “good” brown fat, while favoring “bad” white fat. “Without p62 you’re making lots of fat but not burning energy, and the body thinks it needs to store energy,” said Jorge Moscat, Ph.D., Sanford-Burnham professor. p62 and obesity Moscat’s team had previously produced mice that completely lack the p62 protein everywhere in their bodies. Some researchers believe that muscle tissue, where energy is expended, controls obesity. Hypothalamic neuronal toll-like receptor 2 protects against age-induced obesity : Scientific Reports. 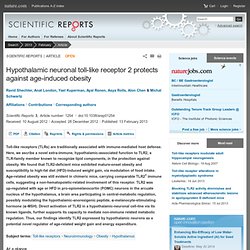 We therefore first monitored the weight gain and metabolic state of WT vs. TLR2D mice of different ages. The body weight of TLR2D mice began to deviate from that of WT at approximately 4 months of age. By 12 months of age, the TLR2D mice weighed 30% more, on average, than their WT counterparts ( Fig. 1A,B ), and exhibited a marked increase in fat mass, as measured by both body composition MRI ( Fig. 1C ) and T2-weighted MRI images ( Fig. 1D ). (A) Photograph of 12 month old WT and TLR2D mice. Full size image (323 KB)