A former model delves into the industry - Magazine. History of trade marks. Barthes-panzani. Digital art: come and meet my dealer. I am officially an art collector, the proud owner of a limited edition work by Mark Titchner – it's number 38 to be precise, from a run of 1,500. 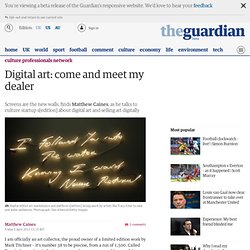 Called Tantric Separation, it depicts a man and woman engaged in one of the Kama Sutra's more ambitious entries, against an acid trip-induced kaleidoscopic background that resembles a Rorschach test card. Oh, and it moves. On continuous loop. Dazzling. Absorbing. Limited edition art for your digital life. Library catalogue - Basic Search. The gallerist: Diagrams from "Art Rules; Pierre Bourdieu and the Visual Arts" by Michael Grenfell and Cheryl Hardy. 2007. Berg Press. New York. So here are models that can be used to map out a cultural field. 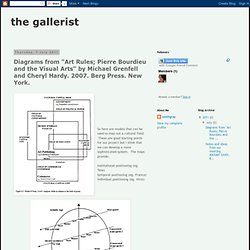 These are good starting points for our project but I think that we can develop a more sophisticated system. The maps provide: International Art English. Instant artist statement: Arty Bollocks Generator. A user's guide to art-speak. The Simon Lee Gallery in Mayfair is currently showing work by the veteran American artist Sherrie Levine. 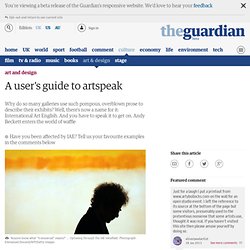 A dozen small pink skulls in glass cases face the door. A dozen small bronze mirrors, blandly framed but precisely arranged, wink from the walls. In the deep, quiet space of the London gallery, shut away from Mayfair's millionaire traffic jams, all is minimal, tasteful and oddly calming. Until you read the exhibition hand-out. "The artist brings the viewer face to face with their own preconceived hierarchy of cultural values and assumptions of artistic worth," it says. If you've been to see contemporary art in the last three decades, you will probably be familiar with the feelings of bafflement, exhaustion or irritation that such gallery prose provokes. David Levine and Alix Rule do. Next, they collated thousands of exhibition announcements published since 1999 by e-flux, a powerful New York-based subscriber network for art-world professionals. 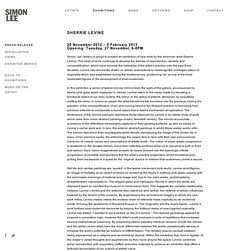 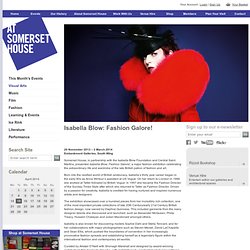 , a major fashion exhibition celebrating the extraordinary life and wardrobe of the late British patron of fashion and art. Born into the rarefied world of British aristocracy, Isabella’s thirty year career began in the early 80s as Anna Wintour’s assistant at US Vogue. On her return to London in 1986 she worked at Tatler followed by British Vogue. In 1997 she became the Fashion Director of the Sunday Times Style after which she returned to Tatler as Fashion Director. 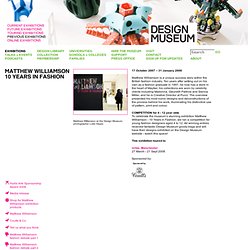 Ten years after setting out on his own as a fashion graduate in 1997, he now has a store in the heart of Mayfair, his collections are worn by celebrity clients including Madonna, Gwyneth Paltrow and Sienna Miller, and he is Creative Director at Pucci. The overview presented his most iconic designs and deconstructions of the process behind his work, illuminating his distinctive use of pattern, print and colour. COMPETITION for 4 - 12 year olds To celebrate the museum’s stunning exhibition Matthew Williamson - 10 Years in Fashion, we ran a competition for young fashion designers aged 4 to 12. Judith Clark — Overview. Judith Clark — Costume Gallery Judith Clark Costume Gallery was established at 112 Talbot Road in 1997, the first non-profit experimental space dedicated to exhibiting dress. 21 exhibitions were staged over 5 years. 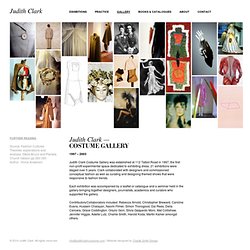 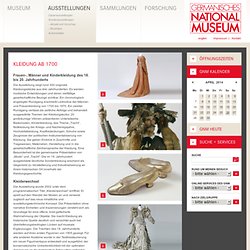 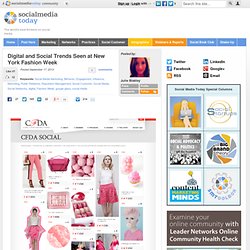 The public had to wait for the print publications before they could see the coverage, images and commentary related to the year’s premier fashion event. However, with the arrival of the digital age, the fashion industry as a whole, and Fashion Week, has been democratized. Fashion bloggers now have front row seats at the the top shows, and fashion lovers around the country consume every moment of Fashion Week via live streaming, Twitter, blogs, Instagram, Vine, Pinterest and more.

The Fashion industry has a whole has always been on cutting edge of new technologies – with the top brands frequently becoming the firsts to embrace social and digital platforms and trends. In fact, many fashion brands were among the first to start using Instagram as a marketing platform (read “Instagram and the Fashion Industry”). 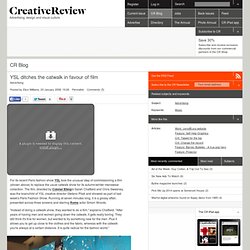 The film, directed by Colonel Blimp's Sarah Chatfield and Chris Sweeney, was the brainchild of YSL creative director Stefano Pilati and showed as part of last week's Paris Fashion Show. Running at seven minutes long, it is a glossy affair, presented across three screens and starring Rome actor Simon Woods. "Instead of doing a catwalk show, they wanted to do a film," explains Chatfield. "After years of having men and women going down the catwalk, it gets really boring. They still think it's fine for women, but wanted to try something new for the men.

Still of installation "Stefano is quite renowned for trying to change things," continues Sweeney.