Synergy Parametric Design Software. AxiDraw. Introducing the AxiDraw The AxiDraw is a simple, modern, precise, and versatile pen plotter, capable of writing or drawing on almost any flat surface. It can write with your favorite fountain pens, permanent markers, and other writing implements to handle an endless variety of applications. Its unique design features a writing head that extends beyond the machine, making it possible to draw on objects bigger than the machine itself.

Applications: The AxiDraw is an extremely versatile machine, designed to serve a wide variety of everyday and specialized drawing and writing needs. 3D printing industry. While some 3D scanner companies are working to scale down the cost and size of 3D laser scanners, mechanical engineer Callan Mackay has decided to take matters into his own hands. 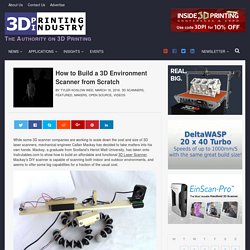 Mackay, a graduate from Scotland’s Heriot Watt University, has taken onto Instrutables.com to show how to build an affordable and functional 3D Laser Scanner. Mackay’s DIY scanner is capable of scanning both indoor and outdoor environments, and seems to offer some big capabilities for a fraction of the usual cost. This isn’t the first laser scanner on Instructables; there have been quite a few different iterations ranging in price and quality. But, according to Mackay, there are two major factors that set his scanner apart from the rest. First, his does not utilize any 3D scanning software whatsoever and, instead, uses Arduino and Processing. Creativemarket. Ammar Kalo. FINUVO - 3D painting made easy. WirePrint Low-Fi Fabrication Software.

Arcode: Introducing Elvis. Elvis is a 6-axis robotic arm the size of a human arm, built from off the shelf electronics and laser-cut acrylic pieces, and is directly driven from Rhino + Grasshopper. 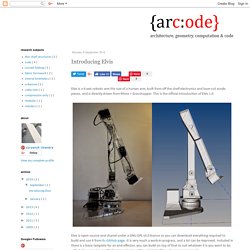 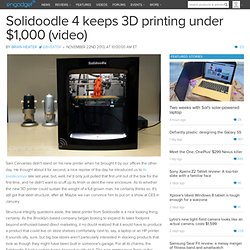 He thought about it for second, a nice reprise of the day he introduced us to its predecessor late last year, but, well, he'd only just pulled that first unit out of the box for the first time, and he didn't want to scuff up its finish or dent the new enclosure. As to whether the new 3D printer could sustain the weight of a full grown man, he certainly thinks so. It's still got that steel structure, after all. Maybe we can convince him to put on a show at CES in January. Structural integrity questions aside, the latest printer from Solidoodle is a nice looking thing, certainly. 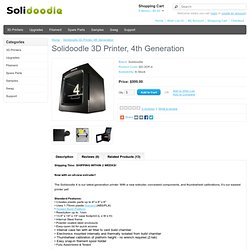 Precision: • Able to print at .4mm, .3mm, .2mm, and .1mm resolution. Printed samples from the ProDesk3D. 3D Printed Sugar. Jed Malitz V2 Glass Sculptures. At-home filament maker for 3D printers. 3D Printing in Ceramics. 3D printing services in your neighborhood. 3D printing services in your neighborhood. GoldFish Alpha – Download – GoldFish is a CFD Solver for grasshopper written in C++ and C# I did this because C++ is fast enough to allow the user to interact with the problem and see updates in real time. 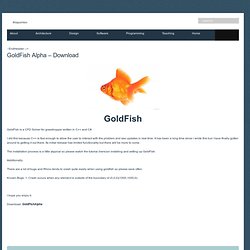 It has been a long time since i wrote this but i have finally gotten around to getting it out there. Its initial release has limited functionality but there will be more to come. The installation process is a little atypical so please watch the tutorial (here)on installing and setting up GoldFish. Additionally. There are a lot of bugs and Rhino tends to crash quite easily when using goldfish so please save often. Known Bugs: 1. I hope you enjoy it. Download: GoldFishAlpha.

Technology - 3D printing: A new dimension to faking it. Thanks to 3D printers, budding counterfeiters could soon create parts or goods themselves. 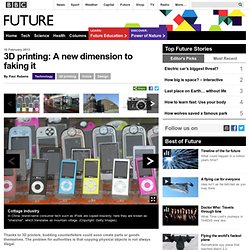 The problem for authorities is that copying physical objects is not always illegal. Rolex watches, Burberry hats and other fake luxury goods are increasingly becoming small beer to ambitious counterfeiters. They are now thinking on a far grander scale – both in terms of size and the tools for the job. According to Der Spiegel, a “fake” copy of a Beijing office and retail development designed by London-based architect Zaha Hadid is already being built 900 miles (1,500km) away in Chongqing.

In Guandong province, also in China, builders are reportedly working on an unauthorised replica of the Austrian village of Hallstat, a UNESCO World Heritage site. Ruth Orchard, director general of the London-based Anti-Counterfeiting Group points the finger of blame at the internet. The fear is that budding counterfeiters could soon create the parts themselves. On the Sphere & the Cylinder — 3D Printing Mathematical Proofs.

The 3-D printing revolution has begun. There’s a rite of passage for many entrepreneurs with a great product idea: Ship your design to China to get a prototype made on the cheap, and cross your fingers. 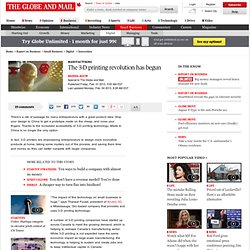 Thanks to the increased accessibility of 3-D printing technology, Made In China is no longer the only option. In fact, 3-D printers are empowering entrepreneurs to design more innovative products at home, taking some mystery out of the process, and saving them time and money so they can better compete with larger companies. “The impact of this technology on small business is huge,” says Tharwat Fouad, president of Anubis 3D, a Mississauga, Ont. 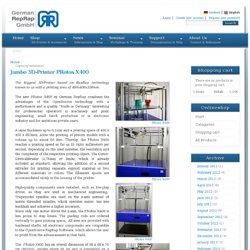 The new PRotos X400 by German RepRap combines the advantages of the OpenSource technology with a performance and a quality “Made in Germany” interesting for professional operators in machinery and plant engineering, small batch production or in electronic industry and for ambitious private users. A layer thickness up to 0.1mm and a printing space of 400 x 400 x 350mm, allow the printing of precise models with a volume up to about 56 liter.

Thereby, the PRotos X400 reaches a printing speed as far as 15 cubic millimeters per second, depending on the used material, the resolution and the complexity of the respective printing object. The Direct-Drive-Extruder (1,75mm or 3mm), which is already included as standard, allowing the addition of a second extruder for printing separate support material or two different materials or colors. Matterport. The Only End-to-End 3D Media Platform 1CaptureUse the Matterport Pro 3D Camera to scan your space and upload your 3D data to the Matterport Cloud.2Create & HostMatterport cloud-processing technology generates and hosts fully immersive models from captured 2D and 3D data.3Share & EngageMatterport’s 3D Showcase allows anybody to interact with 3D models anywhere with just a browser. 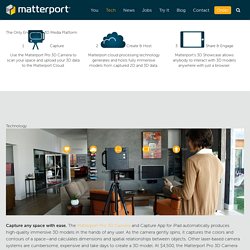