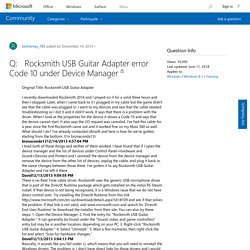 Are you able to use other USB devices on the computer? 2) Are you using Windows 8.1 Preview on Windows 8.1? As per the information regarding the Direct-X End User Runtime Installer is concerned, Windows 8.1 has the latest Direct-X 11.2 as the default version. Refer to the section "For more information": Code 10 error code for a specific device under Device, in spite of reinstalling or updating drivers, might occur device configuration issues. As far as compatibility of the device is concerned, it is not compatible with Windows 8.1. Ibanez Artist Series AM-50. Струнодер 3.0 - Ibanez Artist AM50. Ibanez Guitars - Artist Series AM-50 Semi Hollow Body Guitar. Firefly $139 Gibson ES-335 Style Guitar(Amazon) - Demo / Review.

1991 American Fender Strat Plus. Above is a picture of the Wilkinson nut, the LSR nut and the plastic Wilkinson adaptor. 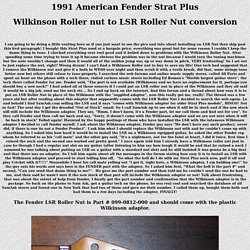 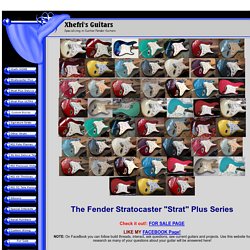 What did these short-lived bodies look like? And where did they come from? And what happened to them? Somehow, someone surmised that these short-lived bodies had to be leftovers from the old Fender Fullerton plant. I, along with some people who helped give me information, even shared a whole explanation on why and how these bodies were left-over. CBS Era Bodies: When I asked John Page, about leftover bodies from the old Fullerton plant he stated, “There were absolutely no American Standard or Plus bodies that were made at the Fullerton plant!

Overwater by Tanglewood Standard and Standard Plus Bass. Overwater is one of the UK's longest established and most highly regarded custom bass manufacturers. 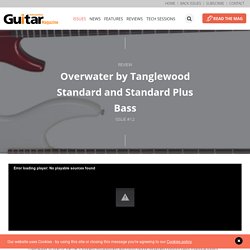 Its Tanglewood volume-produced models have impressed us before - and now there are two newcomers to the range at even better prices! Can the newcomers really justify wearing the prestigious Overwater badge? Dan Veall finds out. Back in issue five, we looked at something unusual - a volume produced Overwater bass. Overwater has an illustrious history of offering handmade basses of the very highest quality, stretching back to the 1970s, but commissioning a range of instruments to be made in the Far East is always a gamble and some illustrious brands have come horribly unstuck when they've tried it. From the start, the two newcomers looked impressive as we took them from the packaging and a closer inspection certainly didn't disappoint. The metallic red finish is blemish free and coats a poplar body on to which a one piece maple neck is bolted. Ain't No Sunshine Chords. Prelude and fuge no1 for guitar - AVG Yahoo Search Results. Prelude No 1 by Bach - Guitar Pro Tabs.

Claescaster. Last Saturday Araceli and I had another gig with Chest Fever. 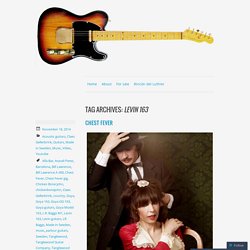 We recently bought a Bill Lawrence A-300 pickup so Araceli could play her favourite little Tanglewood Premier TW133 guitar and I fitted my L.R. Baggs M1 in my 1968 Goya Model 163 and was very pleased with the result. You can listen to the whole gig on Youtube. A very early Goya Model 163, they were introduced in 1969 but the serial number puts this one to 1968. Claescaster. Levin LT-14 Made in Sweden in 1965 It has been an extremely good Christmas, not only did I manage to find a 1979 Fender Stratocaster, I also received a little Levin LT-14 from 1965. 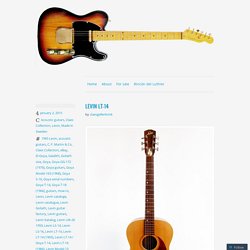 It’s the smallest of the 1960’s Levin guitars and is roughly like a Martin 00 in size. I bought it about two weeks ago from a guy in Heidelberg, Germany and then it got stuck in some warehouse over Christmas until the Spanish post service could be asked to deliver it. Levin LT 14, Made in Sweden 1965 - Acoustic Guitar Demo. 210 Awesome Open Guitar Chords and How to Use Them. Are you bored of the sound of standard chords? 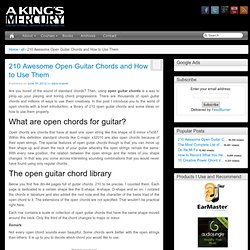 Backing Tracks. BlackStar. VOX JamVOX III Product Overview. Guitar player. Patrick Eggle Guitars - 1992 Berlin Standard. Fabricacion 2º Guitarra Flamenca o Clasica Valeriano Bernal. An Evening with José Romanillos - Part III. History of the Classical Guitar. Music of the Renaissance for classical guitar (1536 to 1637) In 1501, in Venice, the printer Ottavio Petrucci was the first to use typography in the production of music. 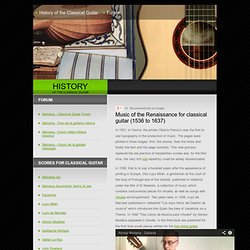 The pages were printed in three stages: first, the staves, then the notes and finally the text and the page numbers. This new process replaced the old practice of handwritten scores and, for the first time, the very rich lute repertory could be widely disseminated. In 1536, that is to say a hundred years after the appearance of printing in Europe, Don Luys Milán, a gentleman at the court of the king of Portugal and of the Islands, published in Valencia, under the title of El Maestro, a collection of music which contains instrumental pieces for vihuela, as well as songs with vihuela accompaniment.