Executive Velocity 4 Companies That Have Raised Staff Onboarding To An Art Form - Executive Velocity. Patagonia Company Information: Our Reason for Being - Values, Mission Statement. Build the best product, cause no unnecessary harm, use business to inspire and implement solutions to the environmental crisis. 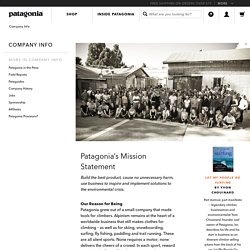 Our Reason for BeingPatagonia grew out of a small company that made tools for climbers. Alpinism remains at the heart of a worldwide business that still makes clothes for climbing – as well as for skiing, snowboarding, surfing, fly fishing, paddling and trail running. Costco's Simple Strategy - Business Insider. Inside Amazon’s 'gladiator culture' Successful CMOs achieve growth by leveraging technology. 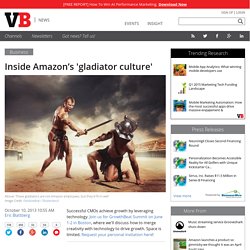 Join us for GrowthBeat Summit on June 1-2 in Boston, where we'll discuss how to merge creativity with technology to drive growth. Space is limited. Request your personal invitation here! The Rise of the New Groupthink. Advantages & Disadvantages of Matrix Organizational Structures in Business Organizations. Tesla's new product is a battery for your home - May. 1, 2015. Tesla is calling the rechargeable lithium-ion battery the "Powerwall. 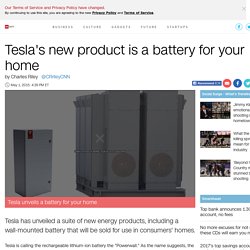 " As the name suggests, the unit is designed to be mounted on a wall, and connected to the local power grid. It will be sold to installers for $3,500 for 10kWh, and $3,000 for 7kWh. Deliveries will begin in late Summer. Home batteries power up overnight, when energy companies typically charge less for electricity. The anatomy of a pit stop. Drivers come to pit road for a variety of reasons, but a full-blown pit stop consists of the following -- changing four tires, adding a full tank of Sunoco racing fuel, wiping the grille clean and making minor adjustments to the car. 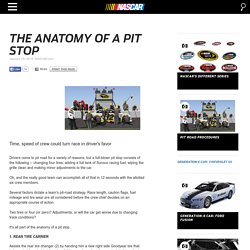 Oh, and the really good team can accomplish all of that in 12 seconds with the allotted six crew members. Several factors dictate a team's pit-road strategy. Many G.M.O.-Free Labels, Little Clarity Over Rules. Photo Few industry debates are as heated these days as the one about labeling foods that contain genetically modified ingredients. 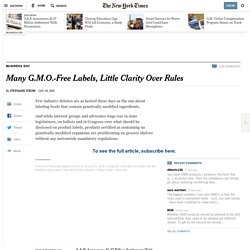 And while interest groups and advocates wage war in state legislatures, on ballots and in Congress over what should be disclosed on product labels, products certified as containing no genetically modified organisms are proliferating on grocery shelves without any nationwide mandatory regulations. Moreover, many manufacturers are nodding to the public debate, adding the phrase “non-G.M.O.” to their packaging without a verification process.

“We’ve put it on our labels because it was something our customers wanted to know,” said Hitesh Hajarnavis, chief executive of Popcorn Indiana, which sells ready-to-eat popcorn. So if more companies elect to put labels on their products stating that they are G.M.O. “It’s an interesting question,” said Jean Halloran, director of food policy initiatives at Consumers Union, which lobbies for mandatory labeling. Michael R. Social media statistics: correlation versus causation. Are Workplace Personality Tests Fair? The U.S. Postal Service has octocopter drones on the brain. The United States Postal Service (USPS) is looking for companies to give it the edge for delivering the mail in the future.

This means seeking bids with manufacturers who can provide new and better ways to advance its fleet of delivery vehicles. RIP Internet Explorer, Microsoft Pulls The Plug. In its heyday, Internet Explorer was a cutting edge portal that shaped the way the world accessed the Internet. 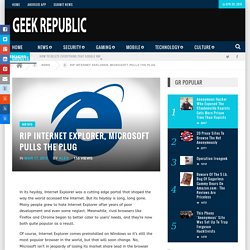 But its heyday is long, long gone. Many people grew to hate Internet Explorer after years of poor development and even some neglect. Meanwhile, rival browsers like Firefox and Chrome began to better cater to users’ needs, and they’re now both quite popular as a result. Of course, Internet Explorer comes preinstalled on Windows so it’s still the most popular browser in the world, but that will soon change. No, Microsoft isn’t in jeopardy of losing its market share lead in the browser market — it’s finally killing off Internet Explorer. Comment lines: Successful BPM takes a true team-oriented approach. Develop and deploy your nextapp on the IBM Bluemixcloud platform. 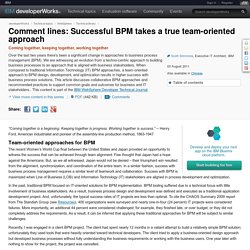 Start building for free “Coming together is a beginning. Keeping together is progress. Working together is success.” -- Henry Ford, American industrialist and pioneer of the assembly-line production method, 1863-1947 Team-oriented approaches for BPM The recent Women’s World Cup final between the United States and Japan provided an opportunity to witness the success that can be achieved through team alignment. In the past, traditional BPM focused on IT-oriented solutions for BPM implementation. WeWork - The Platform for Creators. President Obama calls ISIS an ‘organization’?