Court should intervene to remedy Canada's alleged failure on climate change: lawyer. VANCOUVER — The courts have a definite role in helping to determine if Canada has breached the constitutional rights of 15 youths who are suing the government for its alleged failures on climate change policies, a lawyer for the group says. © Provided by The Canadian Press Joseph Arvay disagreed Wednesday with a federal government lawyer who argued for the case to be dismissed because a court should not step into the political arena when it comes to policy decisions related to greenhouse gas emissions that require international efforts to combat global climate change. 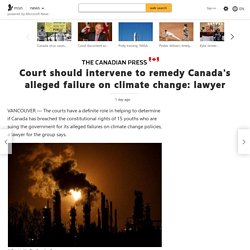 Load Error Arvay told a Federal Court hearing he wants the case to go to trial, where he will ask a judge to get a count of Canada's emissions and how they contribute to the global carbon budget, which is the maximum amount of carbon dioxide that can be put into the atmosphere before temperatures rise worldwide. Untitled. Nick GerhardtUpdated: Mar. 20, 2019 Put tinfoil over your head and you’re crazy, but if you put tinfoil around your car key fob, you’re a genius. 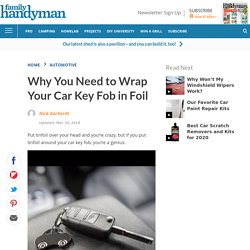 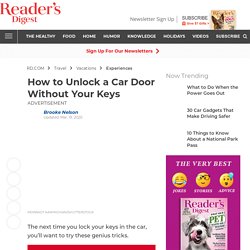 Realizing you’ve locked keys in your car is never fun—especially when you’re running late. Luckily, newer cars make it much more difficult for you to do this, but, if you find yourself standing outside your locked car with your keys sitting in the cupholder, these tricks will come in handy. Before you send out the “locked keys in car” SOS text, learn how to unlock a car door without your keys with these three methods.

Plus, check out some simple methods so that you never lose your keys (or anything else) again. Use string. Untitled. An antilock brake system (ABS) prevents a vehicle’s wheels from locking during “panic” braking, which allows the driver to maintain greater steering control—a key factor in avoiding a collision. 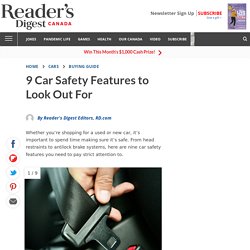 However, an ABS does not guarantee your ability to avoid a crash. Furthermore, you still may lose control when driving at excessive speeds or when using extreme steering maneuvers. Learning to use the ABS correctly will provide you with the greatest benefit from the system. All passenger cars equipped with ABS have four-wheel ABS. Sport utility vehicles, trucks, and vans equipped with ABS can have either four-wheel or two-wheel ABS. Some ABS’s also include brake assist, which senses emergency braking by detecting the speed or force at which the driver presses the brake pedal and boosts the power as needed. Here are five driving hazards that should remain on your radar during the warmer months. Untitled.

Untitled. Untitled. There’s a lot to think about before hopping into your car and driving off into the sunset (or to work, as the case may be)—or at least there should be. 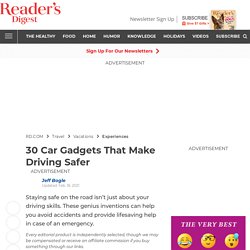 For example, it’s important to get your car ready for winter to avoid potential problems and to stock it with items that can help you in case of an accident, and it’s equally important to have the right items to avoid a potential emergency. Lucky for you, there are numerous car gadgets on the market that can enhance your vehicle and make driving safer, more intuitive, and just plain better. These are the items you didn’t know you needed but now won’t know how you ever lived without. We’re talking about a device that boosts your cell signal so that you never lose touch in remote areas, a backup camera that helps you park with ease, a genius invention that tells you why the dreaded Check Engine light is on, and so much more.

Untitled. No, they're not just for decoration. 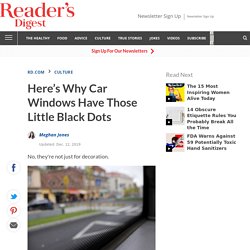 You probably haven’t given much thought to the pattern of little black dots on the edges of car and bus windows. Sure, they look cool, but do they do anything? Those black dots on windshields and windows and the black rims that surround them do have a reason for being there (other than decoration). It has to do with how car windows are made—from the 1950s and ’60s onward, car manufacturers started to use an adhesive to hold car windows in place, rather than metal trim. Want to feel nostalgic? Untitled. Untitled. Morgan CutoloUpdated: Feb. 19, 2021 iStock/gregorbister Beat the winter frost with this simple solution. 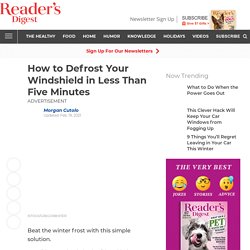 One of the most dreaded tasks of the cold winter months is waiting for your windshield to defrost. Blasting the defrost can take time and wastes gas; and using a scraper isn’t always effective, requires a lot of muscle, and can lead to frozen hands. Untitled. Untitled. Untitled. Do you know how to boost a dead battery? 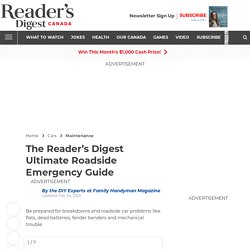 Start the good vehicle and let it charge up the dead battery for at least five minutes. CAUTION! Untitled. Yes, wearing your seatbelt can save your life in an accident, but so can sitting in the right seat. 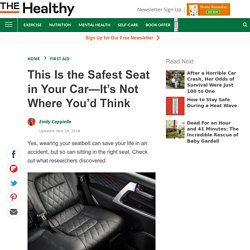 Check out what researchers discovered. Gargantiopa/Shutterstock. Untitled. ShutterstockWe all know texting when driving is a seriously bad idea. 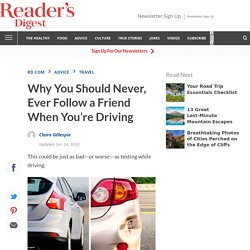 But the spotlight is now on another common driving habit, one that we may believe is harmless but can cause erratic, dangerous driving and often lead to a car accident. A study carried out by a research team from Arizona State University, published in the open-access journal Frontiers in Psychology found that following a friend in a car can lead to risky driving maneuvers. Due to a fear of getting lost, the driver in the car behind may drive faster, more erratically, or closer to the car in front, not to mention jump traffic lights.

Researcher Robert Gray, a Professor in Human Systems Engineering, revealed that the study was inspired by an accident analysis he was doing for a court case, where a driver was seriously injured in a “following a friend” scenario. (These confusing driving mistakes are also important to avoid.) Volume 0% Press shift question mark to access a list of keyboard shortcuts Play/PauseSPACE Seek %0-9. Untitled. As a responsible driver, you might think your glove compartment is the perfect place to keep essential items. In a survey conducted by the Alberta Motoring Association (AMA), 77 per cent of its members said they keep documents like their registration and insurance card in their glove compartment. Unfortunately, though, the glove compartment is often the first place thieves look after they break one of your car windows or jimmy a lock. “We have reports from our law enforcement partners that car thieves have stolen the car, driven it to the residence, and burglarized the home before the owner even knew the vehicle was missing,” Joe Wehrle, president and CEO of the United States-based National Insurance Crime Bureau, told personal finance site Clark.com.

To protect yourself, here’s what you should take out of your glove compartment, pronto.