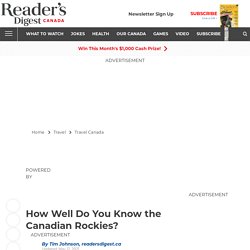 Its heavily glaciated flanks are frequently photographed by passengers onboard Rocky Mountaineer’s “Journey Through the Clouds” and “Rainforest to Goldrush” routes, as the trains near the end of their eastward journeys to Jasper from Vancouver. Robson’s peak, however, isn’t photographed quite as often—only because it’s so high, it’s frequently obscured by dense bank of alpine clouds. Awe-Inspiring Northern Lights Photography From Across Canada.

Video Gallery. Untitled. Virtual Day Trips You Can Now Take Online. There is arguably no name more famous or influential in American architecture than Frank Lloyd Wright and perhaps no greater example of his work then the home, school, studio, and garden sanctuary he called Taliesin. 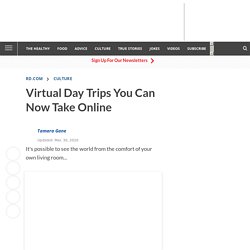 Located in Spring Green, Wisconsin, his 800-acre state wasn’t just the architecture’s home, it served as his creative laboratory and the grounds hold examples of buildings from nearly every decade of his career. If you’d like to explore Taliesin but can’t make it to Wisconsin in person, be sure to take the 3D Virtual Reality Tour.

Step inside his home, studio, school, and explore the estate grounds. You’ll even be treated to several behind the scene areas that are normally closed to the public. We’ll bet you didn’t know these 14 things about Frank Lloyd Wright’s work. Untitled. Virtual Day Trips You Can Now Take Online. What Animals Have Been Up to While Humans Have Been in Quarantine. 8 Photos That Show Nature Rebounding During Coronavirus. Untitled. Untitled. Untitled. (2) Home / Twitter. Blue planet: a photo tour of the ocean depths. Out of this world: incredible photographs taken from space. Rainbow world: amazing images of Earth’s most colorful natural wonders. 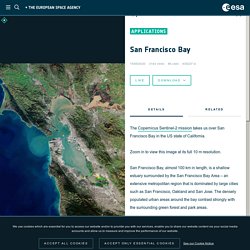 Zoom in to view this image at its full 10 m resolution. San Francisco Bay, almost 100 km in length, is a shallow estuary surrounded by the San Francisco Bay Area – an extensive metropolitan region that is dominated by large cities such as San Francisco, Oakland and San Jose. The unique terrain of the #Bahamas provides one of the most exceptional views from @Space_Station. The lighting was perfect on this pass in March, 3 weeks before I departed. #EarthArt #EarthStrong #nofilter. Spring melts continues as water flows through the forest. Early risers were greeted to a rainbow at dawn. Sunset fills the sky with stunning hues of red. Mesmerizing wave of fire sweeps through park.

Video Newborn calf takes its adorable first steps on an Ontario farm Born on a sunny day in May, on this beautiful farm in Millbrook, Ontario, Fiona the calf has entered the world just a few moments ago. 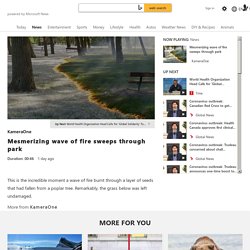 She is taking it all in and looking around in bewilderment. She has never seen the blue sky, the green grass, or her loving mother's face. These are all new sights and her eyes are wide. Rumble. Beautiful weather phenomenon creates unique cloud formations. Video Newborn calf takes its adorable first steps on an Ontario farm Born on a sunny day in May, on this beautiful farm in Millbrook, Ontario, Fiona the calf has entered the world just a few moments ago. 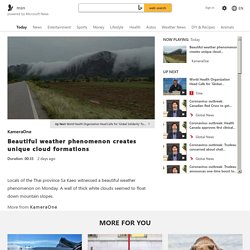 She is taking it all in and looking around in bewilderment. She has never seen the blue sky, the green grass, or her loving mother's face. These are all new sights and her eyes are wide. Rumble. How to spot a stunning ‘white rainbow’ Towns that have practically begged people to move in - Insider. Governments around the world have offered money, inexpensive houses, and other amenities to people who move into towns with shrinking populations and declining workforces.In Italy, for example, people could earn $10,000 just by moving into the town of Locana.Similarly, homes in the Sicilian village of Sambuca were sold for as little as $1.Travelers are also being encouraged to move to Arranmore, an Irish island which is said to have high-speed internet and world-class seafood.Visit INSIDER's homepage for more stories. 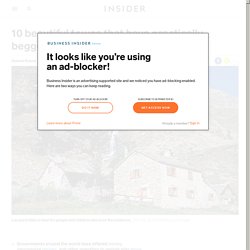 Regardless of where you live, just about everyone dreams of getting away and starting over somewhere new at some point in their life. Thankfully for those currently experiencing strong wanderlust, tons of places are eagerly welcoming new residents — sometimes with wads of cash. Across the world, small villages and towns are experiencing decreasing populations for a variety of reasons. 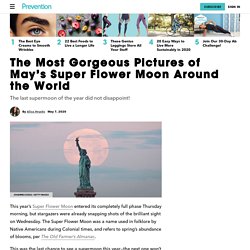 The Super Flower Moon was a name used in folklore by Native Americans during Colonial times, and refers to spring’s abundance of blooms, per The Old Farmer’s Almanac. This was the last chance to see a supermoon this year—the next one won’t be until April 2021. A “supermoon” is a full moon that occurs within 90% of its perigee, or its closest distance to earth in orbit, per NASA, which is why it tends to look slightly bigger and brighter.

What 11 Famous Landmarks Look Like Zoomed Out. Clarence House on Instagram: “The Prince of Wales has released a message to mark #EarthDay2020. His Royal Highness has championed environmental issues for over 50 years…” Aerial views of cities affected by COVID-19. Rome, Italy Microsoft may earn an Affiliate Commission if you purchase something through recommended links in this article Birmingham, England Sydney, Australia Ecublens, Switzerland Rio de Janeiro, Brazil Johannesburg, South Africa Dhaka, Bangladesh. 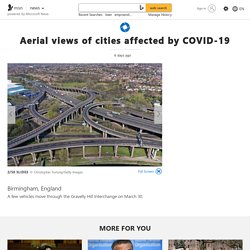 With Humans Gone, Seashells Take Over Beach In North Carolina. LA's Air Quality Is Better Than It's Been in Decades. If there’s a silver lining to the COVID-19 pandemic it may be that the health crisis, which has resulted in the most drastic economic shutdown in Los Angeles history, has also produced the longest stretch of clean air the city has seen in more than a generation. ‪ 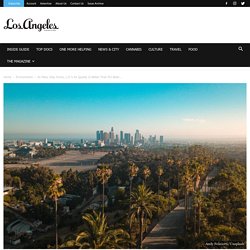 The March 2020 air quality index compiled by the Environmental Protection Agency confirms what millions of Angelenos can see just by looking out the window: ‪the brownish haze that customarily settles atop the city on weekday afternoons has lifted and visibility has cleared for miles in every direction since the “safer at home” order was imposed. ‪ Last month, Los Angeles experienced the longest stretch of days of “good” air since at least 1980. Los Angeles air quality the best it’s been in decades, thanks to coronavirus. The environment continues to benefit from everyone staying at home during the coronavirus pandemic. 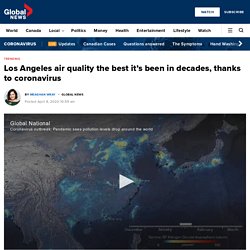 The entire state of California is under stay-at-home orders in the hope of slowing down, or stopping altogether, the spread of COVID-19, the disease caused by the new coronavirus. With fewer cars on the road and people hunkering down, Los Angeles‘ air quality has never been better. In fact, right now it has some of the cleanest air of any major city. A photo taken by Reuters photographer Lucy Nicholson shows clean Los Angeles skies on April 7. Himalayas visible from India as nature ‘heals’ during coronavirus shutdown. Indians in the state of Punjab say nature is healing before their very eyes during the coronavirus lockdown, as the formerly smog-veiled peaks of the Himalayas are now clearly visible along the northern edge of the country. Several photos of the mountains captured in Jalandhar, northern India, have gone viral this week, as social media users look for a silver lining to the dire stream of COVID-19 news.

Largest supermoon of 2020 rises over a world shut down from COVID-19 outbreak. The largest, brightest supermoon of 2020 rose in the night sky on Tuesday over hushed cities, stilled factories and countries in lockdown due to the novel coronavirus that has killed tens of thousands worldwide. If the moon is within 10 per cent of its closest distance to the earth at the moment of full moon, it is considered to be a supermoon, according to the Royal Observatory in Greenwich, London. April’s full moon will be the closest supermoon of 2020, and it is also known as the ‘Pink Moon’ after the pink flowers that start to appear in the fields this month in some places.

Watching in Beijing was local resident Ding Linlin, who said: “The epidemic situation in China is getting better and better. This may represent something good… I’m happy when I see it.” In photos: Spring season across the globe. Weather pictures of the month: March 2020. Could the COVID-19 pandemic be an environmental inflection point?

Our cars are sitting in our driveways as many of us work from home, huge airlines are mothballing their fleets, and businesses around the world have closed their doors due to the novel coronavirus pandemic. It is a semi-apocalyptic scenario that no one could have foreseen just two months ago. The spiraling death toll is hard to fathom, and the grief for those in mourning doesn’t bear thinking about. After the worst is over, our public health systems will certainly change forever, but could the fallout also result in us changing our consumption-heavy lifestyles in ways that could prevent a future outbreak, or in ways that improve the air we breathe? 1:36 U.N. conference visitors experience polluted city air with climate simulator.