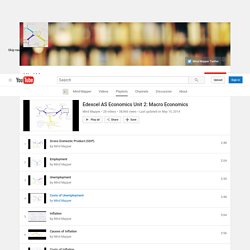 A2 Macro Exam Skills – Globalisation Question. Exchange Rates. Currencies: How sustainable is the riyal/dollar peg? Inflation - Explained. China’s textile exports decline in 2015. Is private sector debt sinking China? The title itself was exciting: ‘Is capitalism doomed to have crises?’ 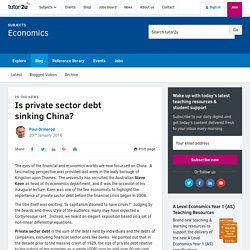 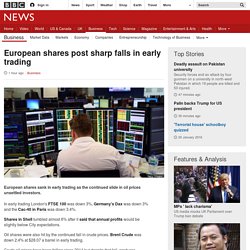 Why Labour’s Mansion Tax shows that it has lost touch with financial reality. It is to avoid falling into these sorts of traps that taxes in this country have traditionally been based on transactions; the state gets a cut when people get paid, buy something, earn a profit or sell an asset. 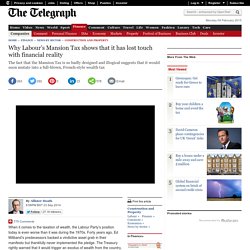 Of course, under a wealth tax, which targets stocks rather than flows, it might be possible for those with a liquidity issue to remortgage or extract equity in other ways from their homes, but they would then face having to pay punitive rates of interest to borrow money that they shouldn’t be having to hand over to the state in the first place. What is especially galling about the Mansion Tax is that it is sometimes justified as a means of recouping “unearned” wealth.

Tech firms growing at four times rate of UK GDP. Britain’s technology businesses are expecting to grow at an exponential rate this year, with the average firm forecasting an 11pc rise in sales, four times the growth in UK GDP growth, which hit 2.6pc in 2014. 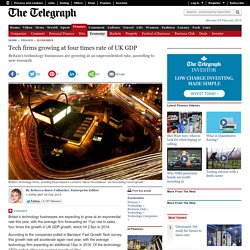 According to the companies polled in Barclays’ Fast Growth Tech survey, this growth rate will accelerate again next year, with the average technology firm expecting an additional 15pc in 2016. Global debts rise $57tn since crash. 4 February 2015Last updated at 19:26 ET China's ballooning debt - much of it is linked to property developments, local authority infrastructure investment and "shadow banking" After the explosion of borrowing in the boom years that led to the great crash and recession of 2007-08, most governments - especially those of rich developed countries - said they would embark on policies that would lead to greater saving, debt reduction and what's known as deleveraging. 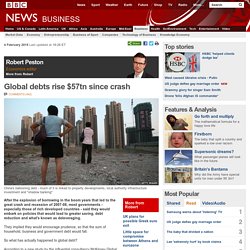 They implied they would encourage prudence, so that the sum of household, business and government debt would fall. So what has actually happened to global debt? UK planning for possible Greece exit from the eurozone. 9 February 2015Last updated at 05:48 ET. 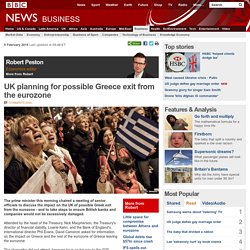 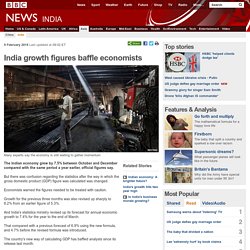 UK trade deficit last year widest since 2010. 6 February 2015Last updated at 06:28 ET The UK's trade deficit widened last year to £34.8bn, the biggest gap since 2010 according to the Office for National Statistics (ONS). 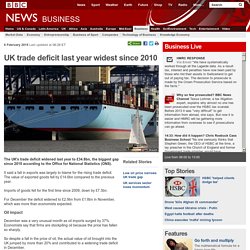 It said a fall in exports was largely to blame for the rising trade deficit. The value of exported goods fell by £14.6bn compared to the previous year. Imports of goods fell for the first time since 2009, down by £7.3bn. For December the deficit widened to £2.9bn from £1.8bn in November, which was more than economists expected. Oil impact December was a very unusual month as oil imports surged by 37%. Aggregate Demand and Aggregate Supply. European Council - UK won't pay £1.7bn EU bill says David Cameron. UK economic growth to fall to 2.4% in 2015, says EY Item Club. 19 October 2014Last updated at 19:04 ET. 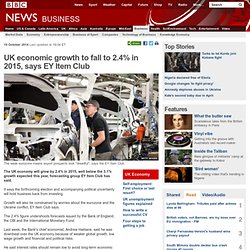 IMF warns of low interest rates 'risk' to economy. 8 October 2014Last updated at 11:30 ET By Andrew Walker BBC World Service Economics correspondent Investors could chase riskier assets if interest rates stay low, the IMF says The International Monetary Fund has warned of new risks to global financial stability. The IMF at a Glance. Explicit cookie consent. IF THE 20th century belonged to the rich countries of North America and Europe, some economists argue, then the 21st will be the era of the emerging world. Economic growth across emerging markets has been scorching since 2000.

Some of the largest countries, like India and China, managed growth rates above 10% per year. Continued growth at such rates would lead to “convergence” with the rich world. That would mean higher living standards in developing countries and a shift in the balance of economic and political power. China's Economy Just Overtook The U.S. In One Key Measure. This was inevitable, but it still feels momentous: By one important measure, China's economy is now the biggest in the world, topping the United States. China's gross domestic product is worth $17.6 trillion, adjusted for China's relatively low cost of living, compared with $17.4 trillion for the U.S., the International Monetary Fund estimated as part of its latest World Economic Outlook.