Paiement mobile : Visa multiplie les solutions et les services. Mastercard s'attaque au marché des portefeuilles électroniques. Do We Even Need NFC For Mobile Payments? PayPal, Google Weigh In (Video) If you tried to judge whether NFC mobile payments are ready for prime time — based on the amount of chatter you hear in your newsfeed — you’d think the contactless technology was on the brink of ubiquitous adoption. 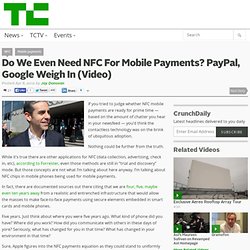 Nothing could be further from the truth. Mobile Payments Startup Beamit Raises $2.4M From Founder’s Co-op, Jeff Bezos, Eric Schmidt & Others. Mobile payments platform Beamit, which focuses on international money transfers between the U.S. and developing markets, has just closed a $2.4 million seed round led by Founder’s Co-op, with participation from Bezos Expeditions (the personal investment company of Jeff Bezos), TomorrowVentures (the investment vehicle for Eric Schmidt) and a small group of angel investors. The funds will be used to further product development as the company moves towards public availability, currently slated for Q3 2012.

The company says the first market being targeted is the Philippines. Beamit CEO Matt Oppenheimer formerly ran Barclays Bank’s mobile banking unit in Kenya, which has given him first-hand experience in both mobile banking and the challenges that come from working in developing markets. Intuit Acquires Mobile Payments Company AisleBuyer, Will Integrate Into GoPayment, POS Solutions. AisleBuyer, makers of a virtual shopping assistant app that lets in-store customers bypass checkout lines by paying directly on their mobile phone, has been acquired by Intuit.

The Boston-based startup will be joining Intuit’s payments team, where their technology will be used to transition Intuit’s existing point-of-sale solutions as well as Intuit’s Square competitor GoPayment to the cloud. The solution will also be opened up to Intuit’s own developers as well as third-party developers, according to the company. Braintree Wants To Make It Easier For Developers To Integrate Online Payments. With $1M And An Alpha, Leaf Aims To Overhaul The Payments Experience For Local Merchants. Leaf, a Cambridge-based startup, is aiming to make the experience of paying in a shop more modern with paperless receipts for customers and transaction data in the cloud for merchants. 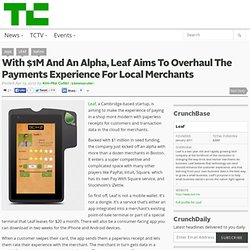 Backed with $1 million in seed funding, the company just kicked off an alpha with more than a dozen merchants in Boston. It enters a super competitive and complicated space with many other players like PayPal, Intuit, Square, which has its own Pay With Square service, and Stockholm’s iZettle. So first off, Leaf is not a mobile wallet. It’s not a dongle. Google Buys TxVia, Banks On Better Payment Technology (And 100M Customers) For Google Wallet. Google has had a few teething problems with its ambitious mobile payments service Google Wallet, but it is also putting some money down to get it on the right track. 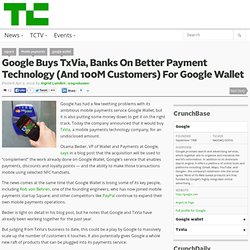 Uber Simplifies Sign Up Process: Just Hold Up Your Credit Card & You’re In! On-demand black car service Uber is making it easier for new users to sign up for rides, thanks to its newly-announced Card.io integration. 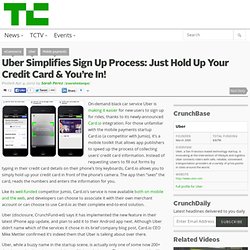 For those unfamiliar with the mobile payments startup Card.io (a competitor with Jumio), it’s a mobile toolkit that allows app publishers to speed up the process of collecting users’ credit card information. Instead of requesting users to fill out forms by typing in their credit card details on their phone’s tiny keyboards, Card.io allows you to simply hold up your credit card in front of the phone’s camera. The app then “sees” the card, reads the numbers and enters the information for you. Like its well-funded competitor Jumio, Card.io’s service is now available both on mobile and the web, and developers can choose to associate it with their own merchant account or can choose to use Card.io as their complete end-to-end solution.

PayPal Debuts Tiered Suite Of Online, Offline And Mobile Payments Options For Small Businesses. As we heard over the past few months, PayPal is ramping up its payments options for large and small merchants. 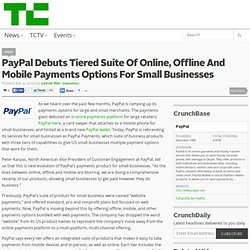 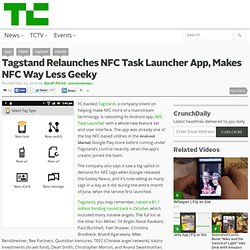 The app was already one of the top NFC-based utilities in the Android Market Google Play store before coming under Tagstand’s control recently, when the app’s creator joined the team. The company also says it saw a big uptick in demand for NFC tags when Google released the Galaxy Nexus, and it’s now selling as many tags in a day as it did during the entire month of June, when the service first launched. Tagstand, you may remember, raised a $1.1 million funding round back in October which included many notable angels.

Card Case Adds More Merchant Discovery, Social Features To iOS And Android; Becomes ‘Pay With Square’ Square’s consumer-focused loyalty and mobile payments app Card Case, which debuted in 2011, has been pushing the envelope when it comes to the future of payments, allowing for hands-free, location-based payments, emailed receipts and more. 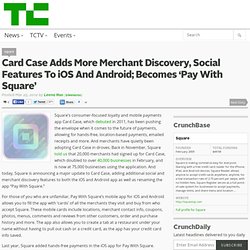 And merchants have quietly been adopting Card Case in droves. Back in November, Square told us that 20,000 merchants had signed up for Card Case, which doubled to over 40,000 businesses in February, and is now at 75,000 businesses using the application. And today, Square is announcing a major update to Card Case, adding additional social and merchant discovery features to both the iOS and Android app as well as renaming the app “Pay With Square.” For those of you who are unfamiliar, Pay With Square’s mobile app for iOS and Android allows you to fill the app with ‘cards’ of all the merchants they visit and buy from who accept Square. Exclusif : La BNP va intégrer le NFC à sa carte corporate avant la fin de cette année. Paypal présente sa solution de paiement mobile : Paypal Here. Geode regroupera et sécurisera toutes vos cartes de crédit. Brevet : iWallet pour iPhone. Apple vient de se voir accorder un nouveau brevet intéressant faisant référence à iWallet, une solution de paiement NFC (Near Field Contact), pour iPhone. 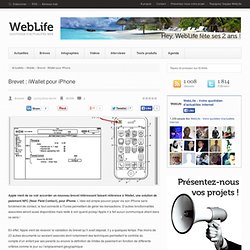 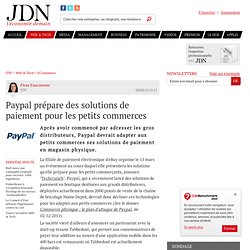 As we reported earlier this year, mobile payments company Square revealed that it was planning to add a number of new operational capabilities and data analysis to the register, including in-depth analytics. 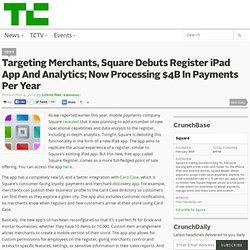 Tonight, Square is debuting this functionality in the form of a new iPad app. The app aims to replicate the actual experience of a register, similar to Square’s existing iPad app. But this new, free app, called Square Register, comes as a more full-fledged point of sale offering. You can access the app here. Mobile Payment Solution LevelUp Now Seeing $1M Per Month In Transactions; Launches API. With increasing smartphone adoption and with users in turn becoming more and more comfortable using their mobile devices to do things traditionally reserved for the Web or desktops, every industry is going mobile. But, when you consider the effect mobile technology has still yet to make on transactions — ye olde exchange of money/goods — there is a huge opportunity for disruption. Carriers, OEMs, startups — everyone knows this.

Three, five years from now, mobile payment solutions has the potential to be a massive business. Yet, as things stand right now, carriers and mobile OSes are still finding it hard to come to terms, with users suffering as a result. That’s why SCVNGR decided to spin-off (and subsequently focus more resources) on LevelUp, a mobile payment and rewards network, which it launched into beta in July 2011.

First and foremost, the problem LevelUp is really trying to solve is offering a way for users to bypass NFC or having certain cards to pay for their goods. Facebook Mobile Operator Billing Opens App Economy To The Credit Card-less. The mobile web, not the smartphone or traditional web, is Facebook’s most popular interface. Now those hundreds of millions of users, including prepaid mobile customers in emerging markets who lack credit cards, will be able to make in-app purchases and earn Facebook money thanks to its announcement of mobile operator billing for Credits virtual currency purchases.