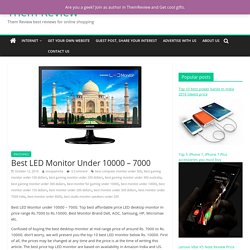 First of all, the prices may be changed at any time and the price is at the time of writing this article. The best price top LED monitor are based on availability in Amazon India and US. Best LED Monitor under 10000 are determined based on the price, screen size, power usage, brands and user reviews. Advantage, disadvantage, use. RAID is a technology that is used to increase the performance and/or reliability of data storage. 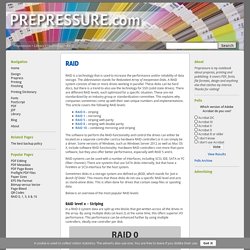 The abbreviation stands for Redundant Array of Inexpensive Disks. A RAID system consists of two or more drives working in parallel. These disks can be hard discs, but there is a trend to also use the technology for SSD (solid state drives). There are different RAID levels, each optimized for a specific situation. These are not standardized by an industry group or standardization committee. Supercharge your PC's storage with a RAID setup: Everything you need to know. Ah, storage. 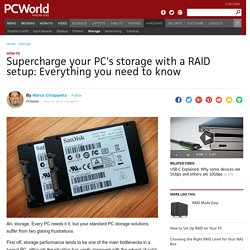 Every PC needs it it, but your standard PC storage solutions suffer from two glaring frustrations. First off, storage performance tends to be one of the main bottlenecks in a typical PC, although the situation has vastly improved with the advent of solid state drives. (Yes, it’s probably your hard drive holding back your high-end PC from even greater glory.) Second, drive failure can lead to the loss of valuable data, and no one wants that. Thankfully, there’s a way to help mitigate both of these problems using a feature that’s supported on virtually every modern computer system: RAID. RAID was originally an acronym for Redundant Array of Inexpensive Disks, but that has since morphed into the more commonly accepted Redundant Array of Independent Disks.

Marco Chiappetta RAID used to require expensive hardware purchases and was sometimes difficult to configure. Setting up a RAID array is easy in most cases. When to use RAID. Buy ZOTAC GeForce GTX 750 Ti 2GB Graphics Card (Black/Orange) Online at Low Prices in India. Amazon. Nvidia gtx 650 ti price. Everything You Need to Know About Playing GTA V at 60fps on Your PC. The PC release of GTA V could be one of the most eagerly anticipated gaming events of the past few years. 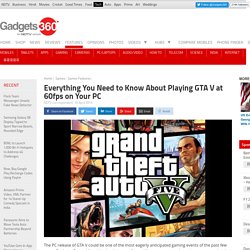 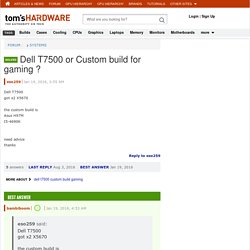 I think a Precision Tx500 can be excellent for gaming- they were expensive visualization system with big power supplies and server-like reliability, but the T7500 is surplus to need. As far as I know, there is no game that needs a dual CPU system and in fact games are strongly single-threaded and sometimes even run better without hyperthreading- hence the popularity if the Intel i5. Of course, if you're getting some amazing bargain on a T7500, it can be upgraded in the same general way. > And, oddly that particular model seems to have CPU benchmarks that can be as high as for higher clock speed designs. Dell t7500 good starter gaming computer? : pcmasterrace. Dell Ultimate Gaming WorkStation (Old But Gold) Dual Intel Xeon X5650 for gaming - [Solved] Paul wu said: ur help is be much appreciated. right now i am still researching my alternatives. i am new to the workstation and i am not a guru in the pc space either, but it would be interesting to put them together myself like my last 7 yr old pc.after rereading this thread, i realized that multiple virtual machine is one of the main purpose of workstation (other than my need of a new pc) and it seems to be very interesting/useful to me. however, mind that i ask you some basic questions regarding to vm so that i can focus how i setup this workstation? 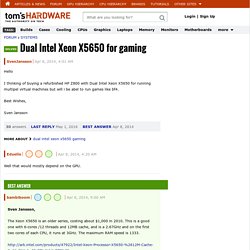 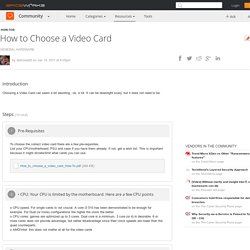 There are a few new ones that are 2.1m, but it is backward compatible o Dual, Triple and Quad video card configurations (Space): you need to have in consideration the space in the motherboard. A lot of video cards are dual slot, and thus they will cover the slot under them. There is also the consideration of connectors; video cards can cover connectors like SATA, USB and system headers (LED, Speaker, power button) o Dual, Triple and Quad video cards configuration (PCIe slots). A lot of video cards have at least 2 PCIe 2.0 x16 slots, but they might not work in x16 mode with multiple video cards.