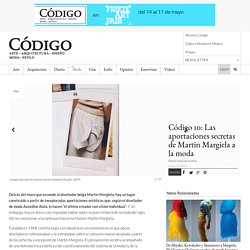 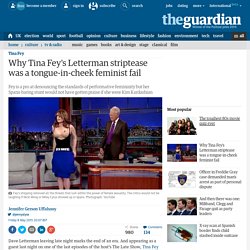 And appearing as a guest last night on one of the last episodes of the host’s The Late Show, Tina Fey announced the end of something else, too. “This is my last time wearing a fancy dress on a talk show and conforming to gender norms,” she told Letterman and his audience. NYU Psychology MA General Curriculum. Formal requirements for the MA degree in General Psychology include the satisfactory completion of 36 points (i.e., credits). 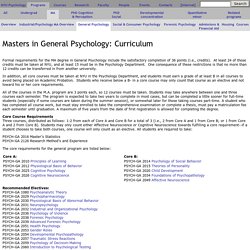 At least 24 of those credits must be taken at NYU, and at least 15 must be in the Psychology Department. One consequence of these restrictions is that no more than 12 credits can be transferred in from another university. In addition, all core courses must be taken at NYU in the Psychology Department, and students must earn a grade of at least B in all courses to avoid being placed on Academic Probation. Students who receive below a B- in a core course may only count that course as an elective and not toward his or her core requirements. All of the courses in the M.A. program are 3 points each, so 12 courses must be taken. Adelantolavoluntad.pdf. Manuel Ulacia, poeta del tiempo. Publicaciones de: Nicolás Cabral. Samuel Beckett Resources and Links. Investigación - Convocatorias. Sobre%20la%20Maestr%C3%ADa.pdf. 000025903.pdf. P_7061_TEM_5345.PDF. Maestría en Derechos Humanos y Garantías. The Ethical Prude: Imagining An Authentic Sex-Negative Feminism. “A slut is a person of any gender who has the courage to lead life according to the radical proposition that sex is nice and pleasure is good for you,” write Dossie Easton and Janet Hardy in The Ethical Slut: A guide to infinite sexual possibilities. 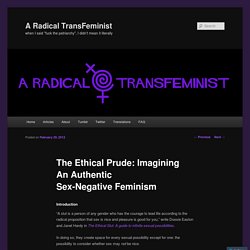 In doing so, they create space for every sexual possibility except for one: the possibility to consider whether sex may not be nice. Some might suggest this space exists, already populated by woman-haters, given the shame, hatred and violence on offer for women who dare to have sex on their own terms. But these moralistic right-wing views don’t hold that sex is not nice – they hold that women who have sex (and others who are seen to be treated as women in sex) are not nice. As such it is both progressive and radical to say that sex is not shameful for women, and that a woman should not be punished for her sexual choices; radical, because shaming and punishment are both commonplace. Arthur Russell - I Like You! Paquetes de Aventura en la huasteca 3 dias.

AIMER, BOIRE ET CHANTER (2013) FILM COMPLET EN FRANCAIS. Actividades ludicas para fomentar la lectoescritura. Adobe InDesign CC 9.0 + Crack - Mac OS X (download torrent) - TPB. Selected Writings Of Gertrude Stein. Catalina de Erauso. ARTE CORREO. What are master-pieces and why are there so few of them? (1936) by Gertrude Stein. I WAS almost going to talk this lecture and not write and read it because all the lectures that I have written and read in America have been printed and although possibly for you they might even being read be as if they had not been printed still there is something about what has been written having been printed which makes it no longer the property of the one who wrote it and therefore there is no more reason why the writer should say it out loud than anybody else and therefore one does not. 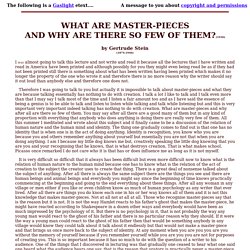 Therefore I was going to talk to you but actually it is impossible to talk about master-pieces and what they are because talking essentially has nothing to do with creation. It is very difficult so difficult that it always has been difficult but even more difficult now to know what is the relation of human nature to the human mind because one has to know what is the relation of the act of creation to the subject the creator uses to create that thing. Issue 64: "Architecture as Intangible Infrastructure," Issue One out now. Architecture remains the most tangible way of constructing the social. 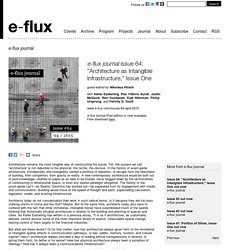 Yet, the system we call “architecture” is not reducible to the physical, the tactile, the obvious. In the history of avant-garde architecture, immateriality and intangibility carried a promise of liberation, of escape from the heaviness of building, from completion, from gravity or reality. A new contemporary architecture would be built out of pure knowledge—drafted on paper as an idea to be shared, never bogged down by the technicalities of constructing in dimensional space, or even any spatial paradigm altogether. The history of the avant-garde can’t—as Beatriz Colomina has pointed out—be separated from its engagement with media and communication. Building would move at the speed of thought and spirit, superseding calculation, regulation, codes, and existing infrastructure. Architects today do not conceptualize their work in such radical terms. 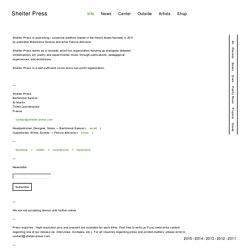 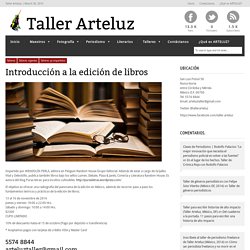 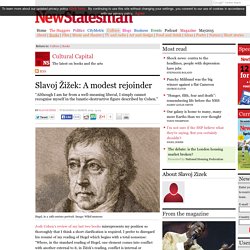 There is no place here to dwell on the central topic of my reading of Hegel which is absent from Cohen’s resumé (how to move beyond transcendental approach without falling back into pre-critical realism), or on how Cohen totally misses the point of my deployment of the antagonism internal to the void itself. Download 100,000 Art Images in High-Resolution from The Getty. When I want to get a good look at the city of Los Angeles, I go up to the Getty Center in the Santa Monica Mountains. 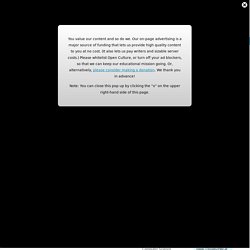 I can also, of course, get a pretty good look at some art at the museum there. But if I don’t feel like making that trek up the hill — and if you don’t feel like making the trek from wherever you live — The Getty can give you, in some ways, an even better way to look at art online. Just visit the Getty’s Open Content Program. Seeing as this sort of free cultural resource fits right into our wheelhouse here at Open Culture, we’ve tried to keep you posted on the archive’s development over the past few years. Last time we passed the word along, the Getty’s digital public-domain archive of high-resolution images had grown to 87,000, and now it has nearly hit the 100,000 mark (99,989, to be exact)— which sounds to us like just the time to keep you posted on what you can find therein. Naomi Klein interview: The 'No Logo' author and climate change activist talks compost, Cameron, and the irresistible humour of otters - Profiles - People - The Independent.

It wasn't one particular event. Unless it was Hurricane Katrina. My last book really begins and ends with Katrina. Giorgio Agamben. Resistance in Art. 2014.

In addition it houses the Wildenstein Collection of illuminated manuscripts and the Jules and Paul Marmottan collection of Napoleonic era art and furniture as well as Italian and Flemish primitive paintings. Organizational Communication master’s degree and online program University of Denver, University College. The Organizational Communication master's degree concentration is offered online or on campus at the University of Denver in the evenings, or in a combination of both, to meet the needs of busy adults. Students will learn to improve their business communications within any industry while enhancing verbal and written skills in an organizational, business, or interpersonal realm.

Graduates will troubleshoot, resolve conflict, and diplomatically deal with strategic workforce issues such as operations, management, sales, marketing, business development, or technology. Professional practitioners who work in the fields they teach lead comprehensive classes offering students tactics in persuasion, presentation, negotiation, cultural awareness, and how to develop strategic communications. Masters Assistantships. Several administrative offices and academic departments at Southeastern offer assistantships for graduate students. Not only do graduate assistants receive a stipend, they also receive a full waiver of all in-state and out-of-state tuition.