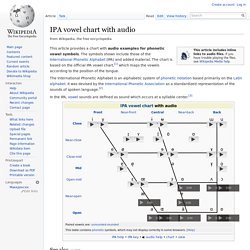 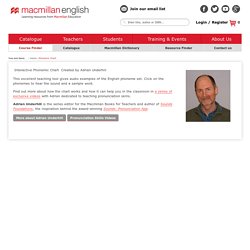 Click on the phonemes to hear the sound and a sample word. Find out more about how the chart works and how it can help you in the classroom in a series of exclusive videos with Adrian dedicated to teaching pronunciation skills.Adrian Underhill is the series editor for the Macmillan Books for Teachers and author of Sounds Foundations, the inspiration behind the award-winning Sounds: Pronunciation App. More about Adrian Underhill Pronunciation Skills Videos. Interactive Phonemic Chart. Phonemic chart. PhonemicScriptTable. Diphthongs.