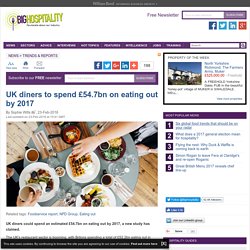 But NPD Group predicts this figure will climb to £53.3bn in 2016 with diners making 11.4bn visits to foodservice companies. NPD said it expected the UEFA Euro Champsionship and the Rio Olympics to provide a boost to the eating out market later this year. By 2017 Britons are forecast to spend an estimated £54.7bn on eating out, making 11.5bn visits to restaurants, pubs and other out-of-home food companies. The food market in 2017 - the big foodservice trends to watch.

Foodservice is rapidly becoming a global industry, and operators and manufacturers need to be aware of, and stay ahead of, big trends to be able to fully capture the growth opportunities available. 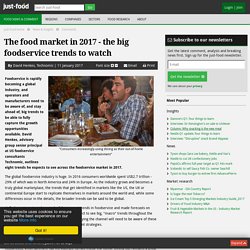 David Henkes, advisory group senior principal at US foodservice consultants Technomic, outlines eight trends he expects to see across the foodservice market in 2017. The global foodservice industry is huge. In 2016 consumers worldwide spent US$2.7 trillion - 29% of which was in North America and 24% in Europe. As the industry grows and becomes a truly global marketplace, the trends that get identified in markets like the US, the UK or continental Europe start to replicate themselves in markets around the world and, while some differences occur in the details, the broader trends can be said to be global. Simon Stenning Paper OFC 2017. Predictions for food-to-go trends in 2017. Huhtamaki, the food packaging company, is offering some predictions on what they think the foodservice industry may expect in the coming year. 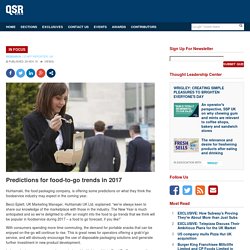 Becci Eplett, UK Marketing Manager, Huhtamaki UK Ltd. explained: “we’re always keen to share our knowledge of the marketplace with those in the industry. The New Year is much anticipated and so we’re delighted to offer an insight into the food to go trends that we think will be popular in foodservice during 2017 – a food to go forecast, if you like!” UK foodservice market on target for growth in 2016. Caribbean restaurant chain Turtle Bay could be the next big name in the High Street (From Gazette)

A RESTAURANT chain offering a taste of the Caribbean could be the next big brand planning to move into Colchester High Street. 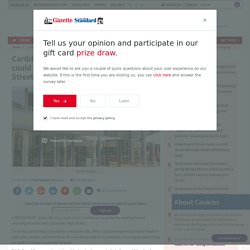 Turtle Bay, which has 15 branches across the UK, offers up food inspired by beach hawkers and snack shacks and more than 40 rums to sip and try in cocktails, have begun advertising for staff for a new Colchester branch. It is believed the new restaurant could set up in close proximity to the would-be sites for Latin American-themed eatery Las Iguanas and Asian sensation Wagamamas in Greytown House on Colchester High Street. A spokesman for Turtle Bay said it was too early to confirm or deny whether they were looking for sites in the town centre. Colchester Council leader Paul Smith (Lib Dem) said he was pleased to see top brands top brands being linked with the town centre. Caribbean restaurant chain to open two new sites by 2017.

MOUTHWATERING: A main course at Sugar Dumplin A FAST-growing Caribbean restaurant chain in the UK is set to open two new sites before spring of 2017. 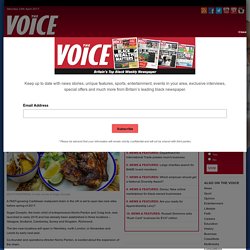 Sugar Dumplin, the brain child of entrepreneurs Norris Panton and Craig Ince, was launched in early 2015 and has already been established in three locations – Glasgow, Scotland, Camberley, Surrey and Kingston, Richmond. The two new locations will open in Wembley, north London, in November and Leeds by early next year. Co-founder and operations director Norris Panton, is excited about the expansion of the chain. Login to Mintel Reports - Mintel Group Ltd.

International - Log in. Login to Mintel Reports - Mintel Group Ltd. Demand for Caribbean, Thai and Mongolian food soars. Restaurants / RhumshackCottons. No Rum, No Rainbow. Las Iguanas and Turtle Bay tipping policy 'forcing staff to pay to work' Some major UK restaurant chains are taking three per cent of all sales costs from their waiters' tips after shifts, effectively making them "pay to work". 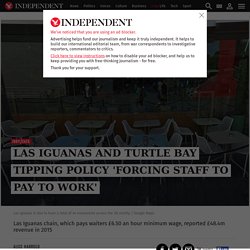 Las Iguanas Latin American restaurants and Turtle Bay Caribbean restaurants, which have the same founder, both operate under the policy which takes between three and 4.4 per cent of total sales from their waiters' tips. Las Iguanas was voted number 86 in the 100 Best Companies to Work For by The Sunday Times in April this year. The expanding chain will soon have 44 restaurants across the UK including five already open in London. Turtle Bay currently has 19 restaurants. According to the companies' tipping policy the waiters have to give 3 per cent of their sales money to their managers but they say that if they do not earn enough tips to cover this cost then they pay nothing. 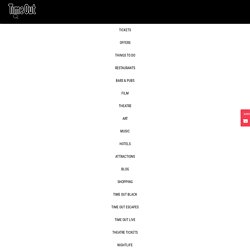 There might be a chill in the air, but the Caribbean sun has just risen on Ealing’s High Street. Turtle Bay is a cocktail bar and buzzy restaurant with beach shack chic, calypso beats and kick-ass comfort food. We dropped in for Friday lunch soon after it opened, and it was rammed.