How catnip gets your cat high. London's source for minor home repairs. Ikea assembly. Insured and vetted service professionals. Healthcare spending around the world, country by country. How do we fund our healthcare? 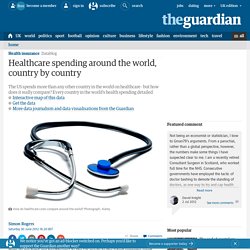 As the US reacts to the latest supreme court ruling on President Obama's proposals, and the media's attention turns to how individual states will enforce the new proposals, we thought it would be interesting to take a step back and see how the US compares to other countries across the world. The US system of health insurance for those who can afford it and state aid for those who can't is very different to the UK's National Health Service - which nonetheless has a strong reliance on private healthcare. In turn, compare this to Cuba, which has some of the highest of spending in the world, compared to its economic size. But who spends the most? We took these statistics from the World Health Organisation, which measure spending and medical infrastructure in nearly 200 countries across the globe. The data shows that • The US has the highest health spending in the world - equivalent to 17.9% of its gross domestic product (GDP), or $8,362 per person. 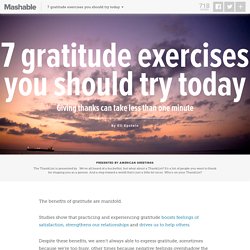 Short exercises are especially helpful when you want to ward off sudden bouts of tension. Londres est une vraie capitale gastronomique, la preuve. London attractions and sights – 101 Things To Do – Time Out London. They’re the city’s most recognisable representatives, but don’t overlook them just because they’re the postcard perennials. 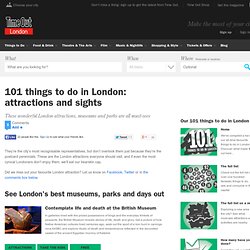 These are the London attractions everyone should visit, and if even the most cynical Londoners don’t enjoy them, we’ll eat our bearskin cap. Did we miss out your favourite London attraction? Let us know on Facebook, Twitter or in the comments box below. See London's best museums, parks and days out Contemplate life and death at the British Museum. A History of the County of Middlesex: Volume 9 (pp. 212-217) Maida Vale, covering north-eastern Paddington, derives its name from a stretch of Edgware Road (fn. 6) which forms its north-east boundary for c. 1.5 km. from the Regent's canal to Kilburn bridge.

The north-west boundary, also, is that of the parish, following Kilburn Park Road along the straightened course of the Bayswater rivulet. Although the district has sometimes been taken as stretching across northern Paddington to Harrow Road, (fn. 7) the streets southwest of Shirland Road and in the north-west corner of the parish, which were built up more densely than those on the bishop of London's estate, are treated separately. (fn. 8) As described below, Maida Vale is defined on the south-west by Shirland Road and by part of Blomfield Road running beside the Grand Junction canal, and on the south-east by Blomfield Road beside the Regent's canal. Abbey Road - Crossing Cam. Decent Indiab food. HS1 comes to SE1: Javelin train makes rare visit [21 June 2014] 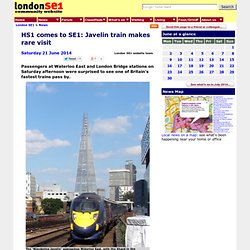 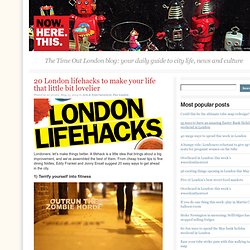 A lifehack is a little idea that brings about a big improvement, and we’ve assembled the best of them. From cheap travel tips to fine dining fiddles, Eddy Frankel and Jonny Ensall suggest 20 easy ways to get ahead in the city. 1) Terrify yourself into fitness. Gay Classification System Explained In This Video: WATCHNewNowNext. Poses to Offset Aches and Pains of a Desk Job. Mashable. Go away. Attitude Magazine Watch first ever Bollywood music video for gay rights. 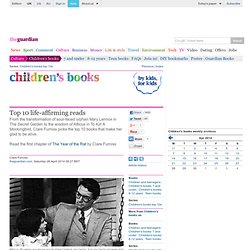 For me, the very act of reading is life affirming. It's all about making connections with the world and the people in it, seeing through the eyes of another person. You might love them, you might hate them; even better you might do both. What matters is you care about them enough to keep turning the pages. Reading a story and thinking "Wow, I thought I was the only person who felt like that", or alternatively, "Wow, I'd never thought of it like that before", is what makes a book special for me, whether I'm reading fantasy, fiction, non-fiction or poetry.

The Internet Is Being Protected By Two Guys Named Steve. 33 Amazingly Useful Websites You Never Knew Existed. Ring removal technique: Using an oxygen mask strap. 18 Secret And Serene Gardens In London. Five ways to get the most out of the new Queen Elizabeth Olympic Park. Ahead of today’s grand re-opening of the Queen Elizabeth Olympic Park, we were let loose in the south part for a good poke around and a bit of a swing. 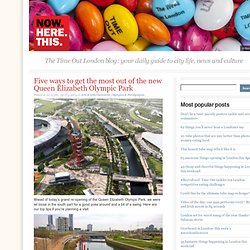 Here are our top tips if you’re planning a visit: 1. Don’t get lost The park is still semi-baffling when it comes to finding your way around; pick up a guide to one of the four park trails (arts and culture, London 2012 Games, biodiversity in the park and family fun) to get a head start. 100 Email Hacks.

It’s hard to believe that in 1998 when the movie “You’ve Got Mail” came out, people actually looked forward to opening their inbox. 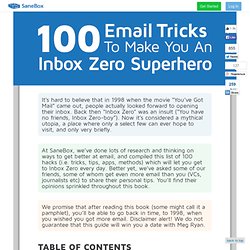 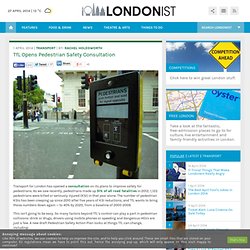 Secrets Of The Bakerloo Line. Beautiful Science: Picturing Data, Inspiring Insight. Previous Report on the Mortality of Cholera in England 1848-49. William Farr, 1852 Next Time Out says Posted: Fri Feb 14 2014. London's best cheap eats on Pinterest. This Guy Found out His Council Were Paying People to Bully the Homeless – His Response Will Inspire You. Joseph Murphy (pictured above) is not an undercover journalist. He’s an oil rig worker based in Dundee. But when he found out his Council was paying workers called City Centre Ambassadors to bully and intimidate homeless people out of the town centre, he decided to go undercover to expose the truth. More Than Just an Average Joe. The best music festivals in London – London festivals and live music – Buy music festival tickets – Time Out Music. Stephen Fry Explains The Meaning Of Life In Three Minutes.

Salt Therapy for Treatment of Asthma, Sinusitis, Hayfever, Ear Infection and More. 1746 map of London now available as an incredibly detailed Google map. The Centre for Metropolitan History and Museum of London Archaeology wanted a map that could help them visualise data from the 18th and 19th centuries. They started by taking John Rocque’s 1746 map of London, putting the 24 parts together, then georeferencing it.

Reddit: A Beginner's Guide. Update: This post was updated October 2013 to reflect current statistics and tools. Weekend: watch the film on demand. How online gamers are solving science's biggest problems. Grammar police: Your mugs are here. London In 1927, Recreated Shot For Shot. You might remember this remarkable short film by Claude Friese-Greene, showing the London of 1927 in colour. Well, someone’s only gone and recreated it, shot for shot, in modern London.