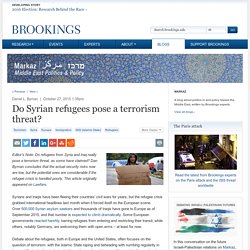 Dan Byman concludes that the actual security risks now are low, but the potential ones are considerable if the refugee crisis is handled poorly. This article originally appeared on Lawfare. Syrians and Iraqis have been fleeing their countries’ civil wars for years, but the refugee crisis grabbed international headlines last month when it forced itself on the European scene. Over 500,000 Syrian asylum seekers and thousands of Iraqis have gone to Europe as of September 2015, and that number is expected to climb dramatically. Finlandeses Peculiares. My technique for snowflakes shooting. 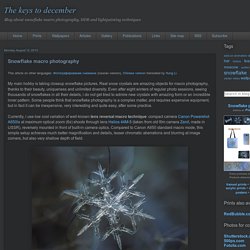 My main hobby is taking closeup snowflake pictures. Real snow crystals are amazing objects for macro photography, thanks to their beauty, uniqueness and unlimited diversity. Even after eight winters of regular photo sessions, seeing thousands of snowflakes in all their details, i do not get tired to admire new crystals with amazing form or an incredible inner pattern. Some people think that snowflake photography is a complex matter, and requires expensive equipment, but in fact it can be inexpensive, very interesting and quite easy, after some practice. I capture every snowflake as short series of identical photos (usually 8-10, for most interesting and beautiful crystals - 16 shots and more), and average it (after aligning, for every resulting pixel take arithmetical mean of corresponding pixels from all shots of series) at very first stage of processing workflow. 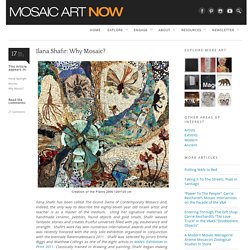 Creation of the Plants 2006 120×125 cm Ilana Shafir has been called The Grand Dame of Contemporary Mosaics and, indeed, the only way to describe the eighty-seven year old Israeli artist and teacher is as a master of the medium. Using her signature materials of handmade ceramic, pebbles, found objects and gold smalti, Shafir weaves fantastic stories and creates fruitful universes filled with joy, exuberance and strength. Shafir’s work has won numerous international awards and the artist was recently honored with the only solo exhibition organized in conjunction with the biennale RavennaMosaico 2011. Shafir was selected by jurors Emma Biggs and Matthew Collings as one of the eight artists in MAN’s Exhibition in Print 2011. Dazed 100. Korean Artist Beautifully Captures What Real Love Truly Looks Like. When you think about how love is portrayed, you probably think about the first child being born or a wedding day. 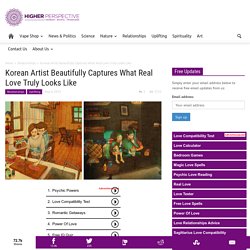 You may even picture a 50th anniversary! But the unsung heroes of the long term love are those little gestures that make love so full and rich. A Korean artist named “Puuung” wants to bring it all to the forefront. “Love is something that everybody can relate to. And Love comes in ways that we can easily overlook in our daily lives. ARMPIT — Latvian Pavilion Biennale Arte 2015. Free Apple Product PSDs. Idaelastic.com. How Designers Built The World Of "The Grand Budapest Hotel" By Hand. In his Oscar-nominated 2014 film The Grand Budapest Hotel, Wes Anderson didn’t just tell a story-within-a-story about murder, purple-suited lobby boys, and prison breaks—he created an entire universe. 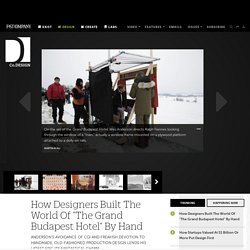 The fictional Eastern European land called Zubrowka has its own original architecture, money, fashions, and government documents. And all this was, for the most part, built by hand, without much computer manipulation, at a time when many big-name Hollywood directors can't pull themselves away from the CGI (looking at you, James Cameron). » Olafur Eliasson. Elegant Aston Martin Rapide Belfast Telegraph April 29, 2009 ASTON Martin’s new 6.0-litre, V12-engined Rapide has moved into the final stages of development, with the first cars due to be delivered to customers in early 2010. 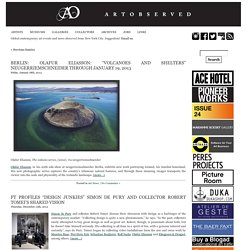 The car – with swan-wing doors that rise upwards and outwards as they swing open – will be built at a new production facility in Graz, Austria. Aston Martin says the as-yet unpriced Rapide “will be the most elegant four-door sports car in the world”. here aston martin rapide The fourth annual Bradford Classic will be staged in the west Yorkshire city over the weekend of July 18 and 19. The Global Art Market Newswire - artnet News. Www.brokenliquid.com. ArtSlant Street - Wood 'n' Places: An Interview with SAMBRE. Sambre is part of the French underground collective 1984. 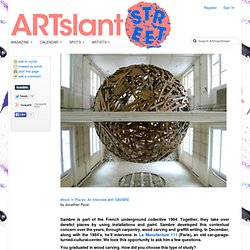 Together, they take over derelict places by using installations and paint. Sambre developed this contextual concern over the years, through carpentry, wood carving and graffiti writing. In December, along with the 1984’s, he’ll intervene in La Manufacture 111 (Paris), an old car-garage-turned-cultural-center. We took this opportunity to ask him a few questions.