Bøker og forfattere som omtaler Atlantis. This below feels right acc. to what my intuition, but remark it is channeled: The Golden Age link to this down as upread mp3 audio- ca 2x30min We tell you in fact that the Golden Period of Atlantis was the highest level of Light Consciousness ever achieved on the Earth Plane in any advanced civilization;, higher than LeMuria, higher than Mu, higher than Rama, higher than Ignacious. 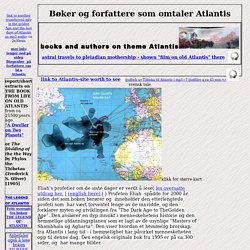 Chaos, Harmony and the Birth of Alphabet. One of the most beautiful Greek myths, which fascinated Carl Gustav Jung because of its alchemical underpinnings, is the story of Cadmus and Harmony. 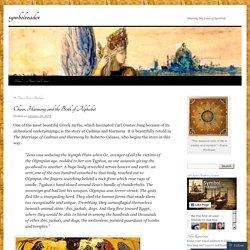 It is beautifully retold in The Marriage of Cadmus and Harmony by Roberto Calasso, who begins the story in this way: “Zeus was seducing the Nymph Pluto when Ge, avenger of all the victims of the Olympian age, nodded to her son Typhon, as one assassin giving the go-ahead to another. A huge body stretched across heaven and earth: an arm, one of the two hundred attached to that body, reached out to Olympus, the fingers searching behind a rock from which rose rags of smoke. Typhon’s hand closed around Zeus’s bundle of thunderbolts. The sovereign god had lost his weapon. Typhon fighting with Zeus Gaia (Ge) had lost her patience with Zeus. Planet of the Rock Art and the Lemurian Connection, Seth Speaks on Lemuria / Mu / Lumania. ATLANTEAN GARDENS: Out of Atlantis, NOT Out of Africa. Since Cro Magnon Man was first discovered in 1868, he has presented fundamental puzzles for traditional scientists. 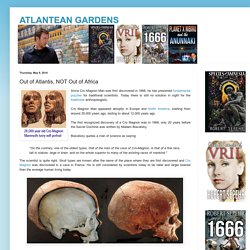 Today there is still no solution in sight for the traditional anthropologists. Cro Magnon Man appeared abruptly in Europe and North America, starting from around 35,000 years ago, lasting to about 12,000 years ago. The first recognized discovery of a Cro Magnon was in 1868, only 20 years before the Secret Doctrine was written by Madam Blavatsky. Blavatsky quotes a man of science as saying: ATLANTEAN GARDENS: Ancient Giants of the New World. According to Paiute Indian oral legends, a tribe called the Si-Te-Cah were a native American race of tall red-haired giants that once occupied the area in the distant past. 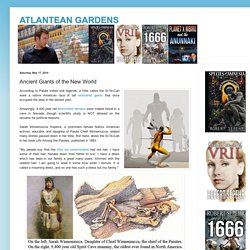 Amazingly, 9,400 year old Mummified remains were indeed found in a cave in Nevada, though scientific study is NOT allowed on the remains for political reasons. Sarah Winnemucca Hopkins, a prominent female Native American activist, educator, and daughter of Paiute Chief Winnemucca, related many stories passed down in her tribe, first hand, about the Si-Te-Cah in her book Life Among the Paiutes, published in 1883. "My people say that the tribe we exterminated had red hair.

I have some of their hair, handed down from father to son. I have a dress which has been in our family a great many years, trimmed with the reddish hair. The survivors, 20 - runes and mummies, Edgar Cayce on the Atlantis Exodus, Farsight remote viewing. Atlantis, Alien Visitation & Genetic Manipulation - Appendices Pages... 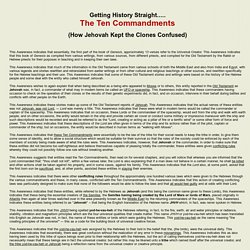 Earth’s Ancient History Part 2 – Arcturian Message to Lemurians. (EG): Lemuria+ Updated 28-01-2015 LeMuria, the Lost Eden aka Mu – iNFO – Crystals & PDF Collection LeMuria, the Lost Eden It was not in God’s original plan for there to be a fall of Spirit onto this material plane. The Earth was to be a garden park that souls could look down upon and admire. Fairy Tale Friday: The Star of Anu (The Gilgamesh Epic) There comes a time in all of our lives where, if we’re cursed, or if we’re lucky, we meet our destiny. 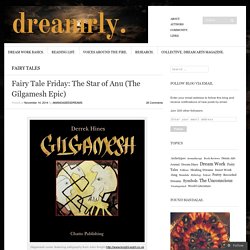 Often times, encountering our destiny is met with an “Oh Sh*t” realization that yes, we are indeed here to do something much more than simply perpetuate the collective lie, or live under anyone’s thumb. We must step into our own unique “BE-ing.” THE REVISED IRISH ORIGINS OF CIVILISATION : LEYLINES DRUIDS AND STONE CIRCLES. The Witch Garter is worn in various rituals for it’s magical properties and they are also used as badges of rank amongst Witch Covens. 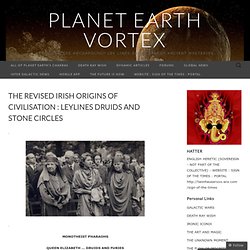 The use of garters can be traced back to Paleolithic times – so no wonder, then, that the highest honour bestowed by the British monarchy on a person is an invitation to join the ORDER OF THE (WITCH) GARTER which has an annual parade outside St George’s Chapel at Windsor Castle in England every year. The exterior roof of the chapel is festooned with sculptures of ‘Yales’ which are unicorn-type mythological demonic creatures whose bodies are covered in circular markings. Inside the chapel, hundreds of heraldic flags hang from the ceiling – many of which have stylized versions of the Demons described in the GOETIA Book of Howling… It is under these banners that a secret honour has been conferred on many members of the royal family and several Prime Ministers – including WINSTON CHURCHILL… All supernatural religions are man made, to infect us whilst alive.

The Truth will set you Free.: THE Creators of the MILKYWAY GALAXY (RA/ISIS Also known as ALCYONE and Mother SEKHMET) The Ancient Disc of Life and the Colonization of Planet Earth. V. 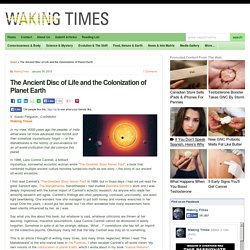 Susan Ferguson, ContributorWaking Times In my view, 6000 years ago the peoples of India either were far more advanced than NASA and then somehow mysteriously forgot — or the Mahabharata is the history of and evidence for an off-world civilization that did colonize this planet. In 1988, Lana Corrine Cantrell, a brilliant mysterious, somewhat eccentric woman wrote “The Greatest Story Never Told“, a book that combined multiple ancient culture histories turned-into-myth as one story – the story of our ancient off-world ancestors. I first read Cantrell’s ‘The Greatest Story Never Told’ in 1989, but in those days I had not yet read the great Sanskrit epic, The Mahabharata. Nevertheless I had studied Zecharia Sitchin’s work and I was deeply impressed with the kernel import of Cantrell’s eclectic research. This is an article I thought of writing many times, and many times neglected.

ARCHAEOLOGICAL COVERUPS BY DAVID HATCHER CHILDRESS EGYPTIAN CAVES-GRAND CANYON WITH GEORGE NOORY ON. The Sumerian King List still puzzles historians after more than a century of research. Out of the many incredible artefacts that have been recovered from sites in Iraq where flourishing Sumerian cities once stood, few have been more intriguing that the Sumerian King List, an ancient manuscript originally recorded in the Sumerian language, listing kings of Sumer (ancient southern Iraq) from Sumerian and neighbouring dynasties, their supposed reign lengths, and the locations of "official" kingship. 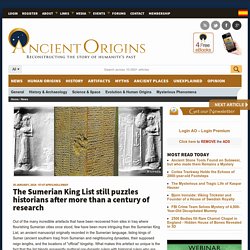 What makes this artefact so unique is the fact that the list blends apparently mythical pre-dynastic rulers with historical rulers who are known to have existed.