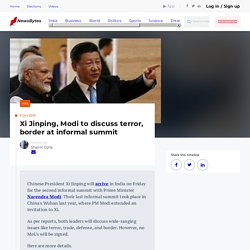 Their last informal summit took place in China's Wuhan last year, where PM Modi extended an invitation to Xi. As per reports, both leaders will discuss wide-ranging issues like terror, trade, defense, and border. However, no MoUs will be signed. Here are more details. Xi will arrive at 2 pm and visit Mamallapuram Xi will remain in India till October 12, after which he will fly to Nepal. Both leaders will visit three ancient sites in the town, which is 56 km away from Chennai. Tomorrow, they will hold talks at Taj Fisherman's Cove Resort & Spa.

Mamallapuram has a deep connection with the Chinese As it turns out, the ancient town has historic links with the Chinese. Interestingly, Kancheepuram, which is famous for its silk, was the capital of the Pallav dynasty in the sixth-seventh century. It is believed silk yarn from China came to Kancheepuram. Love India news? 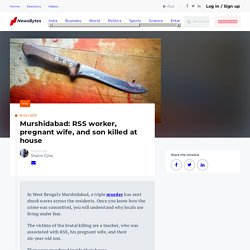 Once you know how the crime was committed, you will understand why locals are living under fear. The victims of the brutal killing are a teacher, who was associated with RSS, his pregnant wife, and their six-year-old son. They were murdered inside their house. Here are the shocking details. Murderers didn't even spare a young boy The crime happened in the Jiaganj area of Murshidabad on Tuesday morning but caught attention only yesterday. News. Mohammad Kaif slams Imran Khan, calls him puppet of terrorists. The way Pakistan's Prime Minister Imran Khan is handling varied issues has earned him flak not only from the political corridors but also from the cricketing world, to which he belonged earlier. 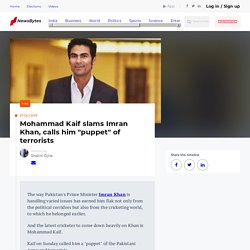 And the latest cricketer to come down heavily on Khan is Mohammad Kaif. Kaif on Sunday called him a "puppet" of the Pakistani Army and terrorists. Here are more details. Kaif berated Khan's speech at United Nations Kaif tweeted a link to a news story concerning Khan's speech at United Nations General Assembly (UNGA) last month. At the UN, he said religion has nothing to do with terrorism. Critical Android vulnerability affects Samsung, Huawei, Xiaomi smartphones. In a major incident, Google's security researchers have flagged critical unpatched zero-day vulnerability, in the company's own Android operating system. 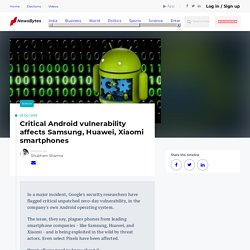 The issue, they say, plagues phones from leading smartphone companies - like Samsung, Huawei, and Xiaomi - and is being exploited in the wild by threat actors. Even select Pixels have been affected. Here's all you need to know about it. Zero-day flaw allowing root access. This IAS officer is helping local trade by curbing plastic. Odisha's Keonjhar district administration is cutting down on its plastic waste by retracing the local roots. 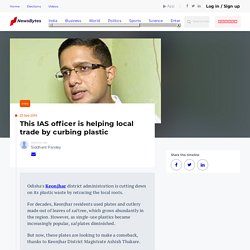 For decades, Keonjhar residents used plates and cutlery made out of leaves of sal tree, which grows abundantly in the region. Ayodhya Case Update: Latest News, Timelines, Photos, Videos - NewsBytes. Explained: What are e-cigarettes and how are conventional cigarettes different? On Wednesday, Union Finance Minister Nirmala Sitharaman announced that the government has banned e-cigarettes, citing health concerns. 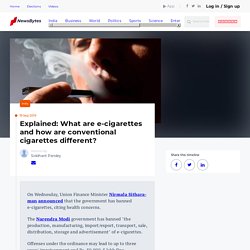 The Narendra Modi government has banned "the production, manufacturing, import/export, transport, sale, distribution, storage and advertisement" of e-cigarettes. Offenses under the ordinance may lead to up to three years' imprisonment and Rs. 50,000-5 lakh fine. Wondering what's so grave about e-cigarettes? Let's take a look. Pen drive carrying evidence against rape-accused Chinmayanand given to SIT. A pen drive carrying damning evidence against Swami Chinmayanand has been handed over to the team investigating the rape allegations against him, an NDTV report said on Wednesday. 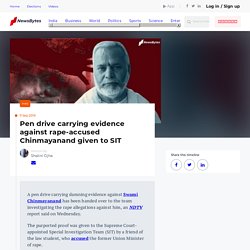 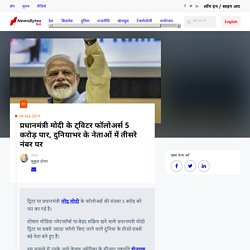 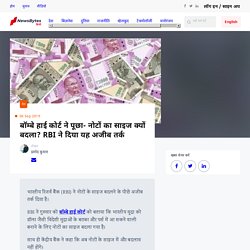 UP: Woman burnt alive by husband over triple talaq complaint. In a horrific event, a 22-year-old woman in Uttar Pradesh was allegedly torched by her husband and in-laws as she had approached the police after being given triple talaq. 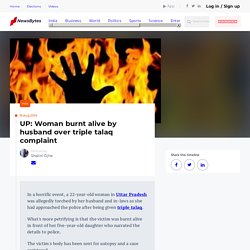 What's more petrifying is that the victim was burnt alive in front of her five-year-old daughter who narrated the details to police. The victim's body has been sent for autopsy and a case registered. After she was divorced over phone, victim went to police The event took place at Gadra village of Shravasti district on Friday evening but got attention only after the victim's family went to the police. Kerala: Nun, expelled for 'buying car', approaches Rome for justice. Last year, a horrifying rape incident came to light. BJP MP Roopa Ganguly's 'drunk' son rams car, arrested. On Thursday, BJP leader and actress Roopa Ganguly's son Akash Mukhopadhyay, rammed his car into a wall of an upscale club in Kolkata, prompting police to arrest him. Locals alleged that Akash, who is 20 years old, was driving in an inebriated state at a breakneck speed. Police conducted a medical examination to confirm whether Akash was drunk or not.

A powerful lawmaker raped a girl, her father died in police custody, she met with an accident and is now critical. This might seem like a scene from a gangster flick, but, unfortunately, it isn't. The aforementioned events happened with the Unnao rape survivor who was assaulted by BJP MLA Kuldeep Singh Sengar. And now, residents of her village say they are also scared. Hafiz Saeed, Masood Azhar to get terrorist tag under UAPA.

Pakistan-based terrorists Masood Azhar and Hafiz Saeed, who have been waging war against India through their outfits, will get the "terrorist" tag once the new amendments of Unlawful Activities Prevention Act (UAPA) come into force, said reports. The UN, US, and European Union (EU) have already declared Azhar and Saeed as "global terrorists". India might soon follow the same. Here's all about it. Proposed changes allow Centre to designate individuals as 'terrorists' India (general) News. Actress Shobha, of 'Magalu Janaki' fame, dies in car crash. Kannada actress Shobha, who appeared on the show Magalu Janaki, died in a car crash recently along with four others.

According to media reports, the incident took on Wednesday (July 17) on the outskirts of Chitradurga, Karnataka where Shobha's car rammed into a truck on National Highway 4. The report further suggested that the deceased was heading to Banashankari Temple in Cholachagudd, Badami. Three people sustained severe injuries, being treated at government hospital Reportedly, Shobha along with seven others were traveling in a multipurpose vehicle, when the car rammed into a speeding truck. Ayodhya: Mediation-panel gets more time, next hearing on August 2. Top 5 motorcycles available under Rs. 1 lakh. With the new-age design upgrades and modern technologies coming to the automobile world, the motorcycles are getting expensive day by day. Assam floods: 20 dead, 52 lakh affected; Centre releases funds. Assam floods: 15 dead, lakhs affected; state on red alert.

As many as 30 out of Assam's 33 districts have been affected by floods, prompting the state government to sound a red alert on Monday. UP: Husband of BJP MLA's daughter, who posted video, beaten. This IIM graduate helped 35,000 farmers by selling their vegetables. Muslim mob, protesting Tabrez's lynching, vandalizes bus carrying engineering students. Man kills boyfriend for planning to marry woman; attempts suicide. Yamuna Expressway accident: Delhi-bound bus falls into canal; 29 killed. At least 29 people have been killed and 17 injured when a Delhi-bound double-decker bus in which they were traveling in fell into a canal on the Yamuna Expressway near on Monday morning.