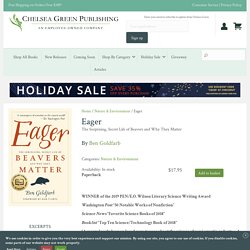 Wilson Literary Science Writing Award Washington Post “50 Notable Works of Nonfiction” Science News “Favorite Science Books of 2018” Booklist “Top Ten Science/Technology Book of 2018” “A marvelously humor-laced page-turner about the science of semi-aquatic rodents…. In Eager, environmental journalist Ben Goldfarb reveals that our modern idea of what a healthy landscape looks like and how it functions is wrong, distorted by the fur trade that once trapped out millions of beavers from North America’s lakes and rivers. 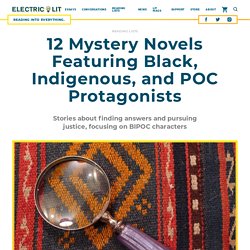 Please support our work by becoming a member today, or making a one-time donation here. When I think mystery, my mind initially goes to the procedurals I watched with my elders as a kid—shows like Cagney and Lacey or Murder, She Wrote. In those shows, the mystery was always a murder or other terrible crime, and it was always solved. Sometimes the solution was predictable, other times viewers were caught off-guard, in the end the “good guys” always won. Nowadays, “mystery” to me means something bigger—sometimes psychological, other times supernatural. When BIPOC characters are the stars of mystery and crime novels there’s no doubt we’ll be privy to the complexity of how race affects their quest for a solution. Blanche Passes Go by Barbara Neely Rightly considered a pioneer for Black women in the crime/mystery genre, Neely died earlier this year at the age of 78. 100 Notable Books of 2020. Best Mystery Book Series: Listens You Won't Be Able to Pause. Audible. 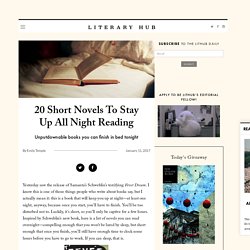 Here are the Biggest Fiction Bestsellers of the Last 100 Years. The Best Books of 2019. Since 1983, it has been customary for nearly every State of the Union address to include the line “The state of the union is strong.” 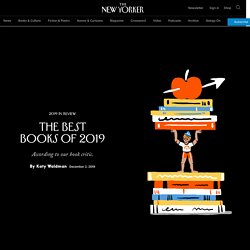 That rote confidence, though perhaps misplaced in politics, seems warranted in the world of books: there are always good books being written. But is it possible that, in 2019, there was a slightly greater number of them? We read these 29 books in 2019. You should too. I am a reader. 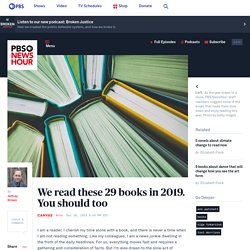 I cherish my time alone with a book, and there is never a time when I am not reading something. The 50 Best Memoirs of the Past 50 Years. “I remember only the women,” Vivian Gornick writes near the start of her memoir of growing up in the Bronx tenements in the 1940s, surrounded by the blunt, brawling, yearning women of the neighborhood, chief among them her indomitable mother. “I absorbed them as I would chloroform on a cloth laid against my face. It has taken me 30 years to understand how much of them I understood.” 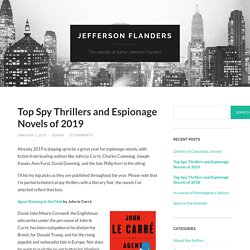 I’ll list my top picks as they are published throughout the year. Please note that I’m partial to historical spy thrillers with a literary flair; the novels I’ve selected reflect that bias. Agent Running in the Field by John le Carré. The 50 Best Spy Movies of All Time. Photo: Emily Denniston/Vulture/Getty Images As with most genres, any attempt to define the spy movie falls apart pretty quickly. 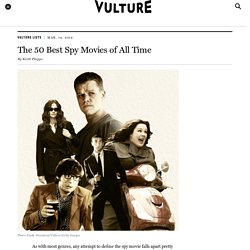 Maybe more quickly than most, given that the term can encompass films featuring everything from evil supervillains plotting to take over the world with futuristic weapons to grounded-in-fact stories of those who trade secrets behind enemy lines. (At least Westerns take place in the Old West. Except those that don’t. See, genre definitions are hard!) A few dominant types of spy movies do help provide a little definition, however.

Even these groupings are less firm categories than the two poles between which most spy movies fall. We tried to include a little from every corner of the spy-film world in this list without favoring one sort of spy movie over another. The Seattle Public Library. The 5 Books To Read If You Want To Transform Your Life. When Warren Buffett was asked about the secret to his wealth and success, he revealed that he read every day—500 pages, to be precise. 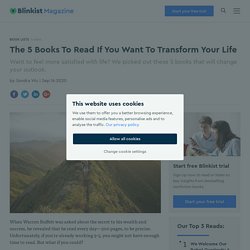 Unfortunately, if you’re already working 9-5, you might not have enough time to read. But what if you could? You can! With the Blinkist app, you can understand the key learnings from the best nonfiction books in minutes—not hours or days. Our experts take the insights from these books to create quick, memorable, easy-to-understand insights which can either be read or listened to in just 15 minutes. “Blinkist encourages you to read more nonfiction books.