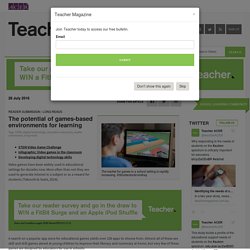 More often than not they are used to generate interest in a subject or as a reward for students (Takeuchi & Vaala, 2014). A search on a popular app store for educational games yields over 150 apps to choose from. Almost all of these are skill and drill games aimed at young children to improve their literacy and numeracy at home, but very few of these games are designed by educators for use in schools. The market for games in a school setting is rapidly increasing, with over 74 per cent of teachers reporting that they now use video games in the classroom (Takeuchi & Vaala, 2014). We need games that are designed in conjunction with educators that will meet the growing demand for deeper learning experiences. The current research focuses on evidence-based, individualised programs that are highly progressive in their implementation. This is a major part of the reason for the international focus on 21st century skills. English Units - AC UNITS. Learning.21stCentury.Snapshot - Home.

ScopeIT Education Courses. Our children today grow up in a world where so many hours are spent online without the direct knowledge of parents or teachers; we can’t possibly know what they are doing and what they are exposed to every time they are on-line. 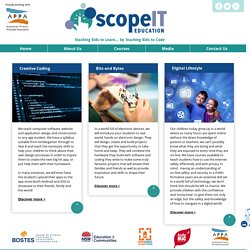 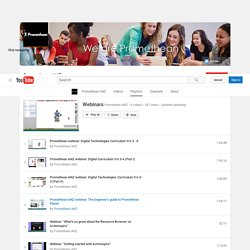 Working... Nick Brierley sur Twitter : "The 9 Elements of Digital Citizenship via @sylviaduckworth #aussieED... iPad Ideas. iPad in Education. Tried and True – Touchcast. Okay – so it has taken a bit of time, a little bit of procrastination, and a lot of determination, but I was able to finally wrap my head around this whole idea of interactive video. 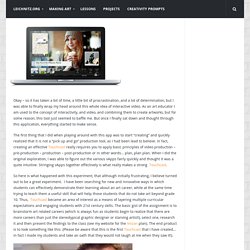 As an art educator I am used to the concept of interactivity, and video, and combining them to create artworks, but for some reason, this tool just seemed to baffle me. But once I finally sat down and thought through this application, everything started to make sense. The first thing that I did when playing around with this app was to start “creating” and quickly realized that it is not a “pick up and go” production tool, as I had been lead to believe.

In fact, creating an effective Touchcast really requires you to apply basic principles of video production – pre-production – production – post-production or in other words… plan, plan plan. When I did the original exploration, I was able to figure out the various vApps fairly quickly and thought it was a quite intuitive. It is so very important to research. Educator Case (303) Apple TV in Education. I Flip, You Flip, We All Flip: Setting Up a Flipped Classroom. Microsoft Office for iPad review: Finally! True productivity on your tablet. Update: All three Office for iPad apps received updates to version 1.1 on July 31, including the ability to export documents in PDF format, resize images, and other features unique to each app. 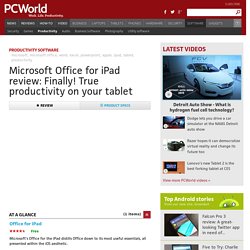 When Apple announced that its iWork suite would be bundled, free of charge, with new iOS and Mac devices, it seemingly slammed the door on Microsoft’s Office ambitions for the iPad. How could Microsoft bring its pricey Office suite into a world of free (and almost free) apps? The answer: Outdo iWork in both form and function. Apple claims that products like its Pages are the most beautiful office software for iPad and other Apple devices. With Office for iPad, Microsoft has stolen that crown. Microsoft’s Office for iPad is a collection of three apps: Word, PowerPoint, and Excel. But Office 365 also includes a subscription to OneDrive, Microsoft’s cloud storage solution, a central repository from which one can withdraw and store documents.

Built for touch from the ground up I completely agree. Apps Raise the iPad’s Aptitude for Real Work - Walt Mossberg - Personal Technology. There’s a popular myth that Apple’s iPad and other tablets are simply media-consumption devices, unsuitable for productivity applications. 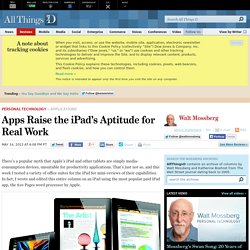 That’s just not so, and this week I tested a variety of office suites for the iPad for mini-reviews of their capabilities. In fact, I wrote and edited this entire column on an iPad using the most popular paid iPad app, the $10 Pages word processor by Apple. Not every productivity task is optimally done on tablet software, of course. Writing a plain text document like this one isn’t the same as creating a large, nuanced spreadsheet. [Jailbreak Advice] BTC Mouse & Trackpad - Add A Mouse To The iOS Bluetooth Stack. iPad: Use Keyboard Shortcuts with Bluetooth Keyboard. If you are using a Bluetooth keyboard on your iPad device, you should take advantage of the keyboard shortcuts for quicker access to copy, cut, paste, undo, redo, and other commands. 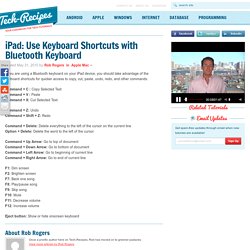 Command + C : Copy Selected TextCommand + V : PasteCommand + X: Cut Selected Text Command + Z: UndoCommand + Shift + Z: Redo Command + Delete: Delete everything to the left of the cursor on the current lineOption + Delete: Delete the word to the left of the cursor. The HTG Guide to Using a Physical Keyboard With Your iPad or iPhone. iPads come with touch keyboards, but there’s nothing stopping you from connecting a good old fashioned physical keyboard and typing on that. 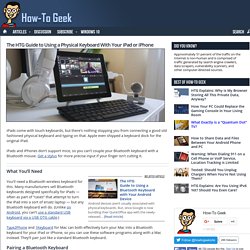 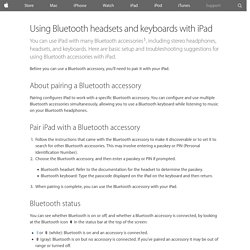 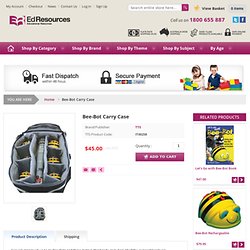 All of the compartments are expandable should you wish to carry more or less of one thing. There are also three zip up compartments on the inside and the front, ideal for accessories such as batteries and screwdrivers. (Bee-Bots and mats not included in price, space provided in bag for 3x9 square mats only) Delivery is a flat rate of $9.90 per order to anywhere in Australia. Please allow 1-7 business days for delivery depending on your location and stock availability. We ship most orders with Australia Post eParcel. Bee-Bot.