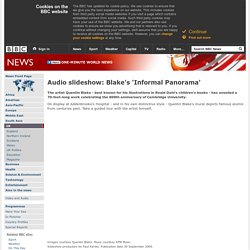 On display at Addenbrooke's Hospital - and in his own distinctive style - Quentin Blake's mural depicts famous alumni from centuries past. Take a guided tour with the artist himself. <table cellspacing="0" cellpadding="0" border="0" width="352" align="center"><tr><td><table cellspacing="1" cellpadding="30" border="0" bgcolor="#cccccc" width="100%" height="33"><tr><td bgcolor="#fafafa"><div class="font-family:Verdana;color:#666666;font-size:11px;"><span style="font-family:Verdana;color:#333333;font-size:18px;font-weight:800;"><strong>Javascript and Flash plug-in required</strong></span><P>Either the Flash plugin was not detected on your computer or the JavaScript features of your brower have been disabled. 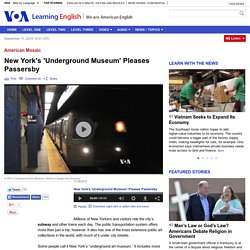 The public transportation system offers more than just a trip, however. It also has one of the most extensive public art collections in the world, with much of it under city streets. Some people call it New York’s “underground art museum.” It includes more than 250 works of art. There is the huge painting of the night sky on the ceiling of Grand Central Terminal. In the nearby Grand Central Market, you can find a large, crystal light fixture. Other artists include new ones and the long-famous: Roy Lichtenstein’s pop art porcelain enamel mural is found at Times Square. Sandra Bloodworth directs the Metropolitan Transportation Authority’s arts program, which began in 1985. “But actually, it really began much earlier. For the past 30 years, artists have been asked to make works that relate to city life or to the neighborhood around a train station. 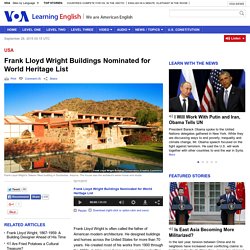 He designed buildings and homes across the United States for more than 70 years. He created most of his works from 1900 through the 1950s, but his open-living spaces and imaginative designs still appear very modern today. San Francisco Artists Make Art from Trash. San Francisco Artists Make Art from Trash Trash and garbage are other words for waste – things that people no longer want or need. 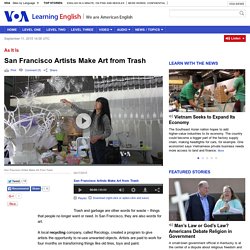 In San Francisco, they are also words for art. A local recycling company, called Recology, created a program to give artists the opportunity to re-use unwanted objects. Artists are paid to work for four months on transforming things like old tires, toys and paint. Ma Li is one of the artists at the center. Ms. San Francisco artist Michael Arcega works with recycled wood and old leather belts, all saved from the garbage. “My project is based on pseudo-anthropological research on the people of the Nacirema.” Michael Arcega explains that “Nacirema” is “American” spelled backwards. A gallery in Los Angeles is displaying some of the art from the San Francisco project. 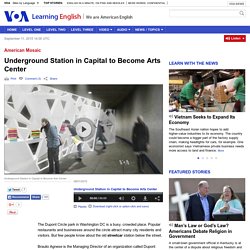 Popular restaurants and businesses around the circle attract many city residents and visitors. But few people know about the old streetcar station below the street. Braulio Agnese is the Managing Director of an organization called Dupont Underground. The group wants to change the old station into a place for the arts. Reuters Video: Ron Mueck's new sculptures are larger than life. EnglishCentral. Symbolism of Color: Using Color for Meaning. Redaction-lettre-email-english%20gambier.pdf. LETTRE DE MOTIVATION CONSEILS. Creative writting. Symbolism of Color: Using Color for Meaning.