Good reads you better catch up with 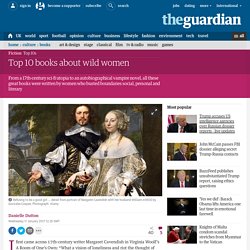 As if some giant cucumber had spread itself all over the roses and carnations in the garden and choked them to death.” It’s a wonderfully peculiar description and I could never quite shake this image of a woman so apparently unruly Woolf felt it necessary to describe her as, essentially, a dick among the blooms. Woolf meant, I suppose, that Cavendish was too much: too eccentric, too ambitious, too undisciplined. Indeed, she was notorious for her outfits, her poor spelling and awkward behaviour, and, most egregiously, for demanding to be taken seriously as a writer and natural philosopher. She was the first woman ever invited to the Royal Society of London – and the last, for another 200 years.

6 Kinds of Healthy Foods That Become Unhealthy in High Doses. One would think, as research on diet and health continues to pile up, we might start inching toward consensus about what is good to eat, and what isn’t. 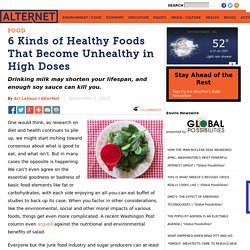 But in many cases the opposite is happening. We can’t even agree on the essential goodness or badness of basic food elements like fat or carbohydrates, with each side enjoying an all-you-can-eat buffet of studies to back up its case. When you factor in other considerations, like the environmental, social and other moral impacts of various foods, things get even more complicated. A recent Washingon Post column even argued against the nutritional and environmental benefits of salad. Everyone but the junk food industry and sugar producers can at least agree that we need to limit our sugar intake, but there are some other foods, many of which are widely perceived as healthy, that we should ease up on as well. 29 Books That Will Enrich Your Inner Literati. Answer by Cristina Hartmann on Quora. 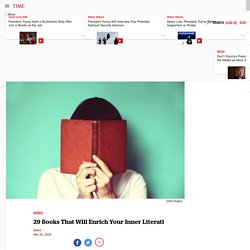 Correction appended, March 31 For anyone who wants to attain the vaunted title of "being well-read," it's more about breadth than depth. 5 Lessons Education Research Taught Us In 2014 : NPR Ed. Studies, research papers, doctoral dissertations, conference presentations — each year academia churns out thousands of pieces of research on education. 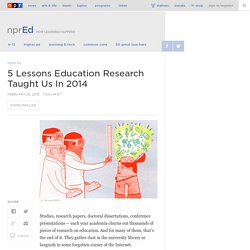 And for many of them, that's the end of it. They gather dust in the university library or languish in some forgotten corner of the Internet. A few, though, find their way into the hands of teachers, principals and policymakers. 10 of the Greatest Kisses in Literature. Which characters had the best snog in literary history? 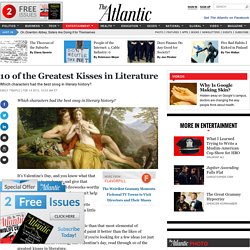 It's Valentine's Day, and you know what that means—time to pucker up and give that special someone a stars-and-fireworks-worthy kiss. Like any other book nerds, we can't help but think about our favorite literary romances—and in particular, our favorite literary makeout sessions—to give us a little divine inspiration. After all, there's nothing more romantic than that most elemental of expressions of affection, and who could paint it better than the likes of Shakespeare, Nabokov and Byron?

So if you're looking for a few ideas (or just some steamy bathtub reading) this Valentine's day, read through 10 of the greatest kisses in literature. 16 Unexpected Ways to Add Years to Your Life. Constitute. L0115_94.pdf. Www.icesi.edu.co/investigaciones_publicaciones/images/pdf/colombia_filo_de_la_oportunidad.pdf. CONFERENCIA DE YALTA. Fol15final.pdf. Yalta.pdf. 69520210.pdf.