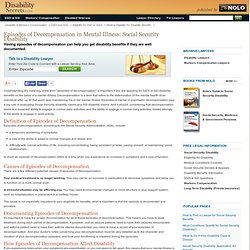 Definition of Episodes of Decompensation Episodes of decompensation, according to the Social Security Administration (SSA), include: In short, an episode of decompensation refers to a time when you experience an increase in symptoms and a loss of function. When Emily Was Sold for Sex. BOSTON — Emily, a 15-year-old ninth-grader, ran away from home in early November, and her parents are sitting at their dining table, frightened and inconsolable. 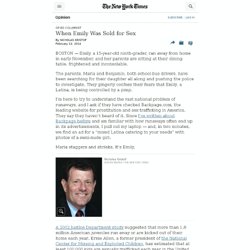 The parents, Maria and Benjamin, both school-bus drivers, have been searching for their daughter all along and pushing the police to investigate. They gingerly confess their fears that Emily, a Latina, is being controlled by a pimp. I’m here to try to understand the vast national problem of runaways, and I ask if they have checked Backpage.com, the leading website for prostitution and sex trafficking in America. They say they haven’t heard of it. Since I’ve written about Backpage before and am familiar with how runaways often end up in its advertisements, I pull out my laptop — and, in two minutes, we find an ad for a “mixed Latina catering to your needs” with photos of a semi-nude girl.

Maria staggers and shrieks. Nicholas Kristof Damon Winter / The New York Times So it’s true that no one was holding a gun to Emily’s head. Www.woodlandsonline.com/dbs/sheriff/files/File/COLDCASE.pdf.

List of misconceptions about illegal drugs. LSD[edit] Some of the strangest urban legends told are those about lysergic acid diethylamide (LSD), a potent psychedelic drug that gained popularity in several countries in the 1960s and 1970s, and experienced a brief resurgence in the mid to late 1990s before declining from 2000 onward. 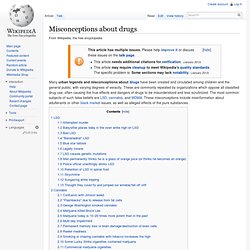 The drug's relation to the 1960s counterculture was likely part of the reason for such legends. Attempted murder[edit] "Anyone caught selling LSD can be charged with attempted murder. " This is a common urban legend that the psychotropic effect of LSD is such an extreme danger to human life that the seller could face charges of attempted murder or manslaughter. Babysitter places baby in the oven while high on LSD[edit] This is an unverifiable drug-scare story dating to the 60s of a hippie babysitter girl putting a baby in the oven and a turkey in the bassinet.

Bad LSD[edit] A "bad trip" is easily caused by an expectation or fear of ill effects, which may later be blamed on "bad acid. " "Bananadine" LSD[edit] My Life in the Dungeon. The show has been around for almost 20 years, and it’s come back from the dead more than once. 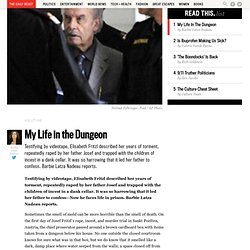 This time, though, it’s returning without its creator. After a four-year hiatus, Aaron McGruder’s The Boondocks is coming back to television without Aaron McGruder. Set in the fictional suburb of Woodcrest, Maryland, The Boondocks is an Adult Swim animated adaptation based on McGruder’s long-running comic strip of the same name. The show features the adventures of young Huey and Riley Freeman, transplants to the suburbs from Chicago, and their grandfather, Robert “Grandad” Freeman, a former civil right activist. Two generations of American black men navigating racial politics in a mostly white world.

Named after Black Panther co-founder Huey P. Called “the Garry Trudeau of the hip hop generation” by The Washington Post, McGruder’s Boondocks was “one of the biggest comic-strip launches ever” when it was nationally syndicated in 1999, but the funny pages were never McGruder’s first choice.