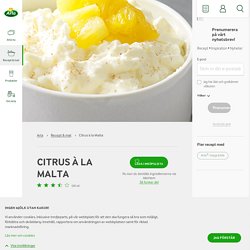 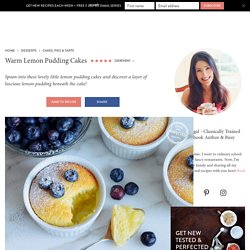 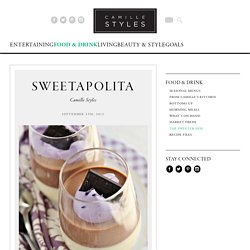 This layered chocolate, lavender and vanilla bean panna cotta (wow!) Comes to us from the brilliant baker behind Sweetapolita… Since long before the time my love for sugar became my career, it seems I have had somewhat of a lavender obsession. I can recall becoming instantly smitten the first time I tasted a lavender & vanilla sugar cookie many years ago at a gourmet food show — with its subtle violet flecks, intoxicating fragrance and delicate-and-slightly-unexpected flavour this single cookie may be responsible for my love for infusing lavender into desserts. What surprised me most was how the lavender didn’t taste floral, but rather heightened the sweet vanilla tones of the cookie and married the sugar, butter and vanilla in magical way. image source Yields 8 servings (about 6 cups of Panna Cotta: 4 cups Lavender-Vanilla, 2 cups Chocolate) Ingredients: 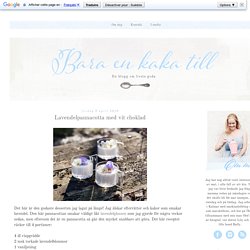 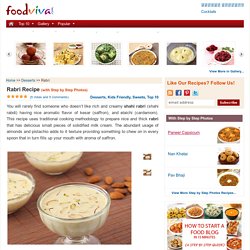 This recipe uses traditional cooking methodology to prepare nice and thick rabri that has delicious small pieces of solidified milk cream. The abundant usage of almonds and pistachio adds to it texture providing something to chew on in every spoon that in turn fills up your mouth with aroma of saffron. Preparation Time: 5 minutes Cooking Time: 1 hour Serves: 4 servings Directions: Boil milk in a broad, heavy based, pan or broad non-stick pan over medium flame. 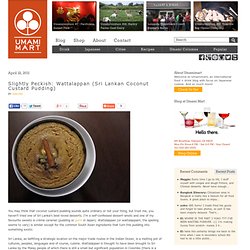 I’m a self-confessed dessert-aholic and one of my favourite sweets is crème caramel (pudding or purin in Japan). Wattalappan (or wattalappam, the spelling seems to vary) is similar except for the common South Asian ingredients that turn this pudding into something exotic. Sri Lanka, as befitting a strategic location on the major trade routes in the Indian Ocean, is a melting pot of cultures, peoples, languages and of course, cuisine. Wattalappan is thought to have been brought to Sri Lanka by the Malay people of which there is still a small but significant population in Colombo (there is a Malay Town there). You can also find similar desserts in Malaysia, Indonesia and Thailand, although I had always wrongly assumed that it was the Indian influence which contributed to their popularity.

Strawberry-Orange Pops Video. Sweet Pineapple Sauce Recipe. Milk Halwa,Festival Recipes video. Vegrecipesofindia. Kaju katli or kaju barfi or cashew fudge is a most sought after indian sweet at home. whenever we get a big box of kaju katli at home, they just get over in a couple of days. if you stay in north india then during diwali festival you might receive a box of kaju katli or dry fruits as a gift. kaju katli is one of the most popular sweets which is gifted to relatives and friends during the diwali festival in north india. i will not say making kaju katli at home is easy. honestly speaking it is not. if you are making for the first time, then just forgive yourself if the kaju katli does not come out well. i tried different methods of making kaju katli at home. all the recipes & methods were disasters. twice i ended up making something else from the cashew mixture… and once i had to throw away the whole mixture… something which i hate doing. i could not save the cashew fudge in any way. 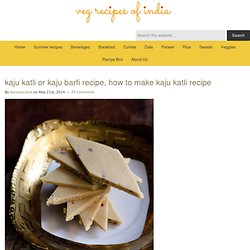