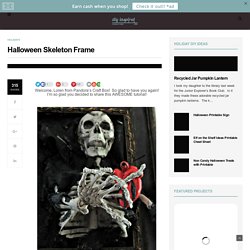 So glad to have you again! BJ Winslow Prop Rentals- Death related and scientific props for film, television, casualty simulation, halloween, and haunted houses. Cemetery Fence-I'm making more. Halloween Special - Haunted Mansion And Monsters - by Ray O`Bannon. RavensBlight Manor is a very unusual old ruin. Much dryer and weathered than it should be on the outside, far damper and colder than it should be on the inside...rumored to bring ruin to anyone involved with it...and now it can be YOURS! The assembly instructions and all the parts are listed below. Just click each page, print out the parts, and build your own spooky little paper nightmare! Does your Ghost House model need a few occupants? Does your Battle-Hearse need a zombie to smash? Link: Halloween.Special.Haunted.Mansion.by.Ray.O`Bannon Link: Halloween.Special.Monsters.Set.by.Ray.O`Bannon More Haunted Houses related posts: Jadis Prop Shop & Curiosity Cabinet. Born from dangerous liaisons, a million questions, and a few knock-down drag-outs, Jadis Prop Shop & Curiosity Cabinet seems to exist as some sort of hybrid between museum, treasure chest, and spectacular attic. 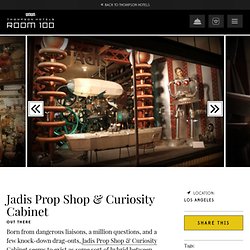 Practically speaking, Jadis rents “pre-computer era” scientific and industrial contraptions to be used as props for TV and film, and goods from the appointment-only shop have been used on the big screen by the likes of Batman and the X-Men, to name a few. For those just looking to browse the wonders of antique optical and aviation equipment and models, typewriters, and doodads of all ilks, a requested $1 donation opens the doors—as long as you call ahead. Jadis makes for a decidedly non-Hollywood destination within LA, while still taking you to the heart of show biz—just another curious contradiction that makes it an extraordinary experience. A Blu-ray Guide to Cartoon Christmas Specials. A handy guide to all your favorite animated Christmas classics available in Blu-ray High-Definition! 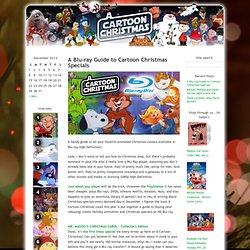 Look, I don’t want to tell you how to Christmas shop, but there’s probably someone in your life who’d really love a Blu-Ray player. Assuming you don’t already have one in your home, they’re pretty much like catnip for men. Just a heads up. Get it? 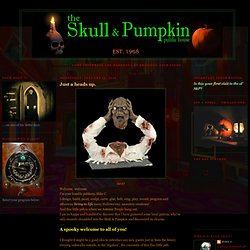 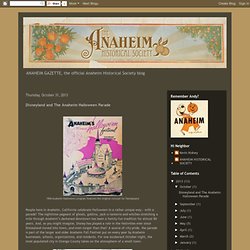 The nighttime pageant of ghosts, goblins, jack-o-lanterns and witches stretching a mile through Anaheim’s darkened downtown has been a family-fun tradition for almost 90 years. And, as you might imagine, Disney has played a role in the festivities ever since Disneyland moved into town…and even longer than that! Halloween Decorating With William Joyce Videos. Fantasia, Night on Bald Mountain. Disneyland Unleashes the Villains - 9/13/13 (Salute to All Things Disney but Mostly Disneyland) One of this year's Limited Time Magic offerings has been on the calendar for a long time - the September Friday the 13th Unleash the Villains event. Though until the week before there weren't any details on what was going to be included. Out here on the west coast the event was held at Disneyland, where it coincided with the opening of the yearly Halloween Time celebration. Disneyland and The Anaheim Halloween Parade. Mickey's Halloween Party at Disneyland, ElecTRONica Re-energized, Star Wars and More - Blogs - MiceChat.

It's time to party up! 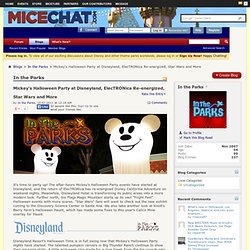 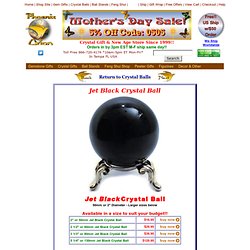 The inscrutable and ever mysterious, all enveloping shade of the night. The original shamanic color used for divination and scrying. The play of light on these beautiful CRYSTAL BALLS is so fascinating that it draws everyone's attention. 50mm Crystal ball seen with Princess Gold Plated Stand sold separately, just $4.50. For 110mm or larger crystal balls we recommend the King George 3" Stand on sale separately, now $15.95. Gift Boxed with Satin Lining Click here for Combo Crystal Ball & Stand Sets. Boo! Halloween 2010: The Doctor Is In. For a few months now, I’ve been silently working on the feasibility of creating a Kanamit costume for Halloween. 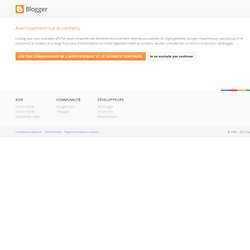 I think I’d pretty much figured out how to pull it off, but time grew short, and it became apparent that it would have to wait until next year. About a week ago, I casually mentioned to my wife Teresa that I’d still love to put something together for THIS Halloween (since I haven’t dressed up in at least ten years), something Twilight Zone-related. I happened to be organizing my DVD screen captures for my weekly episode promos, and I showed her some shots from “The Eye of the Beholder.” We briefly discussed how a doctor costume could be achieved, and then I went on with my business, not really thinking anything of it. The next day, she called me at work to tell me that she’d picked up some supplies to create the mask.

Her plan was to sculpt the facial pieces on top of an existing mask. The next day (Thursday), she did some additional trimming. Sunday arrived. Presents: Incredible Stuff I Made. Scott Holden's Tauntaun Costume. Halloween ATC's, resin papers and my messy desk :) I have made some resin papers from a 300 year Talmud book that is falling apart, the pages had started to crumble, but once they are coated they are so wonderful! 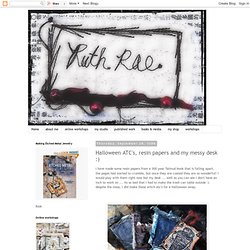 I would play with them right now but my desk ... well as you can see I don't have an inch to work on ... its so bad that I had to make the trash can table outside :) despite the mess, I did make these witch atc's for a Halloween swap. I used envirotex lite on the papersyou can get this at dick blick its a two part resin all you do is mix it one part to one part .where gloves, do it out side on top of a plastic trash bag and use one of those foam brushes that you can toss out after. its take 12+ hours to dry and if you do a sheet of paper like I did you will need to coat both sides (you can do both sides at the same time) then you leave it on the trash bag for 12 hours... Bitterroot Bone Yard. I made these tombstones in 1999 or 2000 or so. 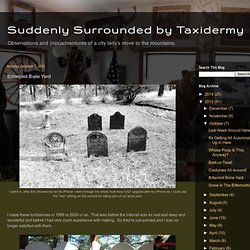 That was before the internet was so vast and deep and wonderful and before I had very much experience with making. CG7593.jpg (JPEG Image, 600 × 600 pixels) Project 3 Terra's Beloved Tombstone Students Thread - Page 7. I am curious and need some further info regarding monster mud. One of the mistakes (trial and error), I did not follow the recipe for the mud. I basically mixed in latex paint with the joint compound until the consistency of cake icing. When the first coat dried, I found a few cracks, and a few other places that had flaked off, or loose excess. I brushed these away and added my 2nd coat. Another thing that I have to do is brush any loose particles off the entire project, and then add a base coat of latex paint.

HALLOWEEN on PINTEREST Best Boards. Miniature Halloween via pinterest. PVC Flicker Candles - Page 38. PVC CANDLES: TIPS & TRICKS - BY HI-REZ DESIGNSThere are TONS of tutorials out there on the web on how to make PVC candles, so I don't need to start a tutorial from scratch. This is more of "Tips-And-Tricks" list of the things I personally do to make my PVC candles.1. CUTTING PVC: When you get your big stick of PVC pipe, whatever the size, try not to always make 90 degree straight cuts. Candles do not burn level all the time. Cut some angles at the top like 45 degrees and other sharp angles so when all done, the candle will look like it is burning / melting more naturally. Pirate Party. Pirate Party 2.

Craig Schriber HALLOWEEN DIY. Halloween '09 - Apothecary Jars on a Budget. Click on images to enlarge. Like many, I love creepy things in specimen jars. I prefer to create an eclectic display of containers every year. Different sized and shaped ones are more visually interesting to me and help tell a story that they've come from odd, mysterious, dark, distant places. Old world styled apothecary jars are great additions with their antique look and instant creepy feel. They seem to be a popular Halloween item these days in many of the more "high end" decorating catalogues and stores.

What I used: old pickle and tomato sauce jars, disposable plastic champagne glasses (the kind with detachable bases), clear aquarium silicone, large craft jewels, rubber creatures and computer made labels. I created two style jars with what I had. The jar lid is also a flipped over glass but with an inch of the stem cut off using a Dremel tool. The worm jar was very simple. I made the labels on the computer, printed and cut out. Prop Store - Ultimate Movie Collectables. Hand of Glory Prop. I've created a new prop for my cabinet of curiosities - a Hand of Glory. The basic legend is, they were used as a tool by thieves well versed in the occult.

The severed hand of a robber or murderer, executed for their crimes, was fashioned into a macabre candelabra. For each candle lit, one person in a home would sleep without waking until the flame was put out, allowing a thief to steal away without fear of being caught. Primitive Folk Art Halloween Luminere Tryals of by Primigram. Halloween in black + white. "UPDATED w/Videos" How to spray paint snake skin scales on anything.