Howard Chaykin. Biography[edit] Early life and career[edit] I'd heard on the grapevine that Gil's assistant had dropped dead of a heart attack at 23. 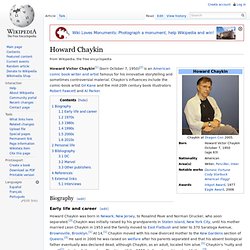 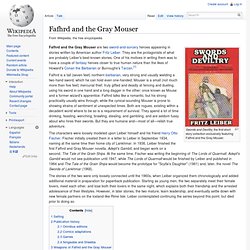 Fafhrd and the Gray Mouser are two sword-and-sorcery heroes appearing in stories written by American author Fritz Leiber. They are the protagonists of what are probably Leiber's best-known stories. One of his motives in writing them was to have a couple of fantasy heroes closer to true human nature than the likes of Howard's Conan the Barbarian or Burroughs's Tarzan.[1] Ironwolf (comics) Chaykin plotted and drew the stories. 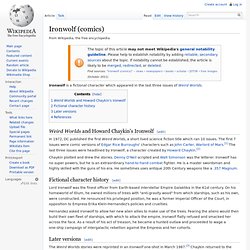 Denny O'Neil scripted and Walt Simonson was the letterer. Ironwolf has no super powers, but he is an extraordinary hand-to-hand combat fighter. He is a master swordsman and highly skilled with the guns of his era. He sometimes uses antique 20th Century weapons like a .357 Magnum. Lord Ironwolf was the finest officer from Earth-based interstellar Empire Galaktika in the 61st century. Hernandez asked Ironwolf to allow her new alien allies to make use of the trees. The Weird Worlds stories were reprinted in an Ironwolf one-shot in March 1987.[3] Chaykin returned to the Ironwolf character in 1992, co-writing Ironwolf: Fires of the Revolution with frequent collaborator John Francis Moore. Star Reach. Star Reach (also spelled Star*Reach) was an influential, American science fiction and fantasy comics anthology published from 1974 to 1979 by Mike Friedrich. 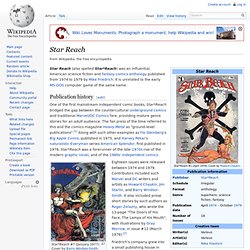 It is unrelated to the early MS-DOS computer game of the same name. Publication history[edit] Eighteen issues were released between 1974 and 1979. American Flagg! American Flagg! 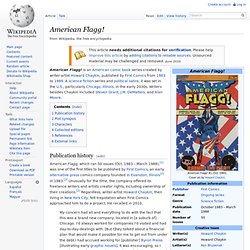 Is an American comic book series created by writer-artist Howard Chaykin, published by First Comics from 1983 to 1989. A science fiction series and political satire, it was set in the U.S., particularly Chicago, Illinois, in the early 2030s. Writers besides Chaykin included Steven Grant, J.M. DeMatteis, and Alan Moore. Publication history[edit] The Shadow. "Lamont Cranston" redirects here. See The Lamont Cranston Band for the musical group. The Shadow is a collection of serialized dramas, originally in 1930s pulp novels, and then in a wide variety of media.[2] Details of the title character have varied across various media, but he is generally depicted as a crime-fighting vigilante with psychic powers posing as a "wealthy, young man about town".[2] One of the most famous adventure heroes of the twentieth century, The Shadow has been featured on the radio, in a long running pulp magazine series, in comic books, comic strips, television, serials, video games, and at least five motion pictures. 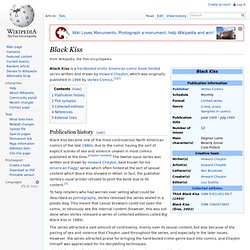 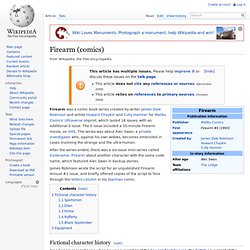 Cyberella. Plot synopsis[edit] Sunny Winston is an 'ordinary citizen' who exhibits aberrant behaviour living in the insular consumer-driven society of a near-future Earth. 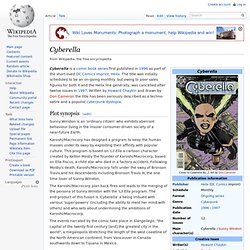 Karoshi/Macrocorp has designed a program to keep the human masses under its sway by exploiting their affinity with popular culture. American Century (comics) The story concerned a former American pilot who fakes his death and goes on the run in the 1950s. 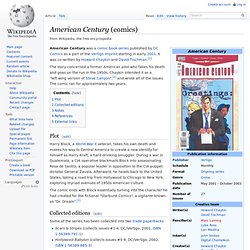 Chaykin intended it as a "left-wing version of Steve Canyon",[2] and wrote all of the issues. The comic ran for approximately two years. Harry Block, a World War II veteran, fakes his own death and makes his way to Central America to create a new identity for himself as Harry Kraft, a hard-drinking smuggler. During a war in Guatemala, a CIA operative blackmails Block into assassinating Rosa de Santiis, a popular leader in opposition to the CIA puppet dictator General Zavala. Afterward, he heads back to the United States, taking a road trip from Hollywood to Chicago to New York, exploring myriad avenues of 1950s American culture. Challengers of the Unknown (alternate series) Challengers of the Unknown is the title of a comic book series used on various occasions by DC Comics. 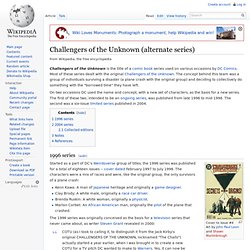