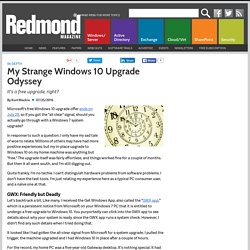 Microsoft's free Windows 10 upgrade offer ends on July 29, so if you got the "all clear" signal, should you actually go through with a Windows 7 system upgrade? The Best Bookshelf Speakers for Most Stereos. ELAC Debut B6 Bookshelf Speakers With detail, soundstage, and bass response that would be impressive at any price point, these make a great stereo pair, and they’re part of a system, so you can add more pieces for a matched surround setup as your needs grow. 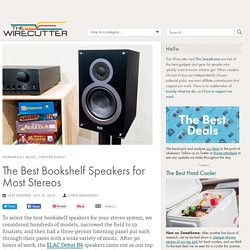 *At the time of publishing, the price was $280. The value and quality of the ELAC Debut B6 speaker comes as no surprise. It’s veteran speaker designer Andrew Jones’s first project since leaving Pioneer for ELAC, and Jones has clearly brought along his knack for successfully applying the lessons he learned from making $30,000 speakers to affordable ones. Which MacBook Should I Buy? Not sure what type of laptop you need? 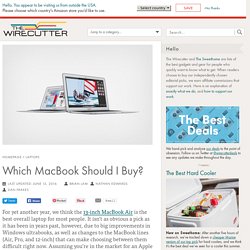 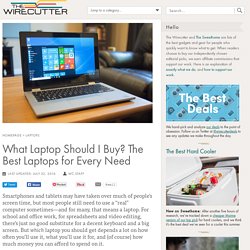 Windows or Mac (or something else)? Many people already have a good idea about whether they want a MacBook or a Windows laptop: If you’re already familiar with OS X or Windows, the easiest choice is to buy a computer that runs that operating system. Why Linux is better. PDFBEAR is founded by the team behind WhyLinuxIsBetter.net, which brings tons of experience in user conversion tools. 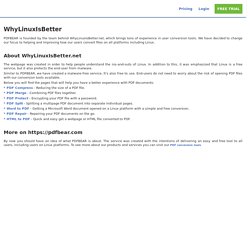 We have decided to change our focus to helping and improving how our users convert files on all platforms including Linux. About WhyLinuxIsBetter.net. Upgrade from Windows 8. Pledge to free a computer today! 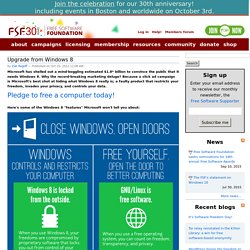 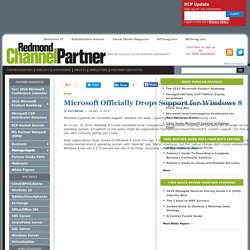 As of Jan. 12, 2016, Windows 8 is now considered to be "unsupported" by Microsoft, meaning the company will no longer issues hotfixes or security updates for the operating system. Exceptions to this policy might be organizations that have purchased Microsoft's "custom support," but that option is thought to be an expensive one, with contracts lasting just a year. Most organizations likely moved off Windows 8 some time ago, if they ever stopped using Windows 7. Operating system market share. Windows 10 vs. Windows 8 adoption: Windows 10 already up to 5.2%

While we’re heard plenty of complaints about Windows 10 when it comes to Microsoft’s privacy policies, that hasn’t stopped people from installing the new software on their PCs at a truly impressive rate. 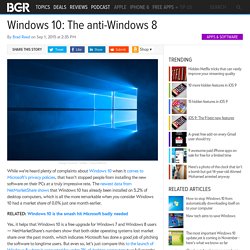 The newest data from NetMarketShare shows that Windows 10 has already been installed on 5.2% of desktop computers, which is all the more remarkable when you consider Windows 10 had a market share of 0.0% just one month earlier. RELATED: Windows 10 is the smash hit Microsoft badly needed Yes, it helps that Windows 10 is a free upgrade for Windows 7 and Windows 8 users — NetMarketShare’s numbers show that both older operating systems lost market share over the past month, which indicates Microsoft has done a good job of pitching the software to longtime users.

But even so, let’s just compare this to the launch of Windows 8 where it accounted for under 2% of desktop computers two full months after its launch in 2013. Windows 10 review. If you’re upgrading to Windows 10 on a desktop or laptop PC, then prepare to be delightfully surprised: the Start menu you know and love is back. 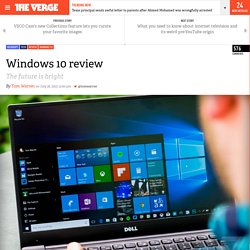 It feels slightly odd to celebrate its return, as it should never have gone away. It’s probably the biggest change, aside from the dark theme, that you’ll notice after Windows 8. Windows-10-adoption-rate-shows-signs-of-slowing-down. Microsoft's Windows 10 got off to a solid start, but reports suggest that its adoption rate may be slowing down sooner than expected. 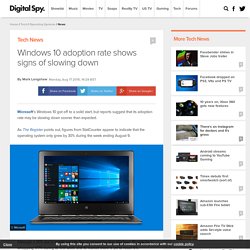 As The Register points out, figures from StatCounter appear to indicate that the operating system only grew by 30% during the week ending August 9. Although a 30% rise in installs sounds like an impressive feat, Windows 10 grew by a whopping 177% during its first week and its market share is yet to reach 5%. The software's share of the market skyrocketed from 1.36% to 3.78% one week after its rollout began, but one week later it was stuck on 4.95%. Taking a closer look at the figures, Windows 10 is gaining users at the expense of Windows 8.1, which dipped from a 15.03% share to 14.09% that week.

Windows 7 was relatively steady, dropping from 53.5% to 53.46%, while Windows 8 lost only 0.11% of its user base. The revolution that was Windows XP. What you'll love and hate about Windows 10. If you skipped Win8, you missed a very-half-fast attempt at moving the Control Panel over to the Metro side of the fence. In Win10, the effort still isn't complete, but it's much better than in Win8. On the new Start menu, click the Start button, then PC Settings. You see something like this slide -- and it's sitting on your desktop. The old Control Panel is there, but it's harder to find. Guest Opinion: Windows 10, Innovation Not Included.

In-Depth Guest Opinion: Windows 10, Innovation Not Included An iOS app is designed to be intuitive to iOS users familiar with that OS. That experience is very different from what Microsoft created with Windows Phone and the horizontal scrolling panoramas. If 90 percent of the apps on my phone are ported iOS apps, then why not just buy an iPhone? Windows 10 runs the risk of being a dumping ground for ill-fitting apps from multiple versions of other platforms.

Here's how Microsoft plans to push new features to Windows 10 business users. There are lots of layers to the Windows 10 as a service strategy. And so far, Microsoft officials haven't been willing to go public with much more than some high-level information about what users should expect. However, Microsoft is starting to share with its reseller partners what it is planning in regards to Windows 10 as a service. Windows 10 Specifications - Microsoft. How to decide: Should you upgrade to Windows 10? Updated: added note about Windows Media Center. Upgrading an operating system is always a challenging decision, especially when it's a major upgrade, like Windows 10. After the even-worse-than-Vista debacle that was Windows 8, many die-hard Windows users are loathe to move off of trusted versions of their daily-driver OS. For Microsoft, though, Windows 10 is a make-or-break proposition. If they can't get users to upgrade, they will likely cede OS dominance permanently to Android.

Windows 8: An exceptional OS undone by dreadful marketing. There are a lot of words we're no longer supposed to use in polite company. For example, the words idiot, moron, even delusional aren't appropriate -- and for good reason. There are challenged, struggling people out there and using slang words about their condition as pejoratives is more than impolite, it's hurtful.

Likewise, there are many wonderful words of profanity we're definitely not allowed to use on a family show. The more flowery among us have learned to tone down our expressions, often using phrases like "the F word," "effin'", or even the one made famous by the pilots of Galactica, that last, great battlestar: "frak! " As you might imagine, then, I find myself challenged when describing the decision to remove the Start menu from Windows 8.