History of the Morton Salt Girl. Alternatives to TED Talks in 2014. I’m a huge fan of TED Talks. 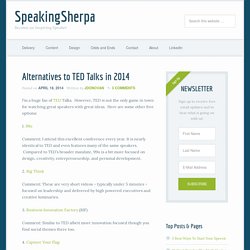 However, TED is not the only game in town for watching great speakers with great ideas. Here are some other free options: Alternatives to TED Talks in 2014. 17 Famous Logos That Have A Hidden Message. Style Art / Architecture NEXT 17 Famous Logos That Have A Hidden Message by julia.letts from Different Solutions 3.3k Share on Facebook Share on Twitter Page 1 of 4 Whether you're cruising down the aisles of the grocery store, or speeding down the freeway, you're guaranteed to come across a few famous logos. 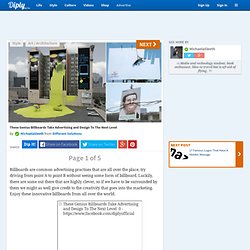 Via twsitedsifter. 12 Things All Successful People Do. Corrosion Control & Waterproof Coatings. 11 Things I Wish I Knew When I Started My Business — I.M.H.O. “A lot of people like to fool you and say that you’re not smart if you never went to college, but common sense rules over everything.That’s what I learned from selling crack.” 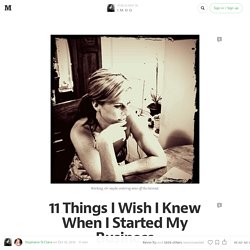 MAKEWAY - A Guide to Artisanal Innovation. It Takes Purpose to Become a Billionaire - Anthony K. Tjan. By Anthony K. 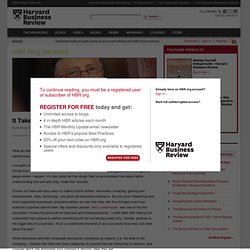 Tjan | 9:00 AM September 10, 2013 What do billionaires have in common? What is it that they do better than anyone else? Why do we admire them, or their companies’ products and services, so much? I’ve spent some time trying to identify common traits in the Forbes list of billionaires and other similar lists of the world’s wealthiest. Content Curation Primer. Photo by Stuck in Customs What is Content Curation? 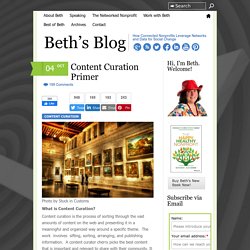 Content curation is the process of sorting through the vast amounts of content on the web and presenting it in a meaningful and organized way around a specific theme. The work involves sifting, sorting, arranging, and publishing information. A content curator cherry picks the best content that is important and relevant to share with their community. It isn’t unlike what a museum curator does to produce an exhibition: They identify the theme, they provide the context, they decide which paintings to hang on the wall, how they should be annotated, and how they should be displayed for the public. 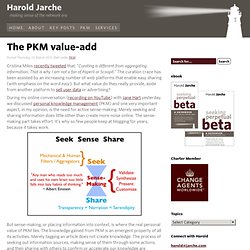 That is why I am not a fan of Paperli or Scoopit.” The curation craze has been assisted by an increasing number of web platforms that enable easy sharing (with emphasis on the word easy). But what value do they really provide, aside from another platform to sell user data or advertising? During my online conversation (recording on YouTube) with Jane Hart yesterday, we discussed personal knowledge management (PKM) and one very important aspect, in my opinion, is the need for active sense-making. Everybody Chromercise. 8 Ways to Get More Done Each Morning. You’ll wake up for about 25,000 mornings in your adult life, give or take a few. 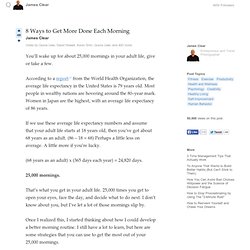 Successful People Start Before They Feel Ready. Original article: Start Before You Feel Ready In 1966, a dyslexic sixteen–year–old boy dropped out of school. 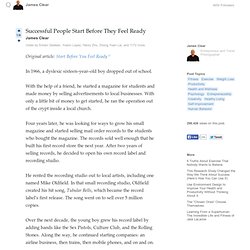 With the help of a friend, he started a magazine for students and made money by selling advertisements to local businesses. With only a little bit of money to get started, he ran the operation out of the crypt inside a local church. Four years later, he was looking for ways to grow his small magazine and started selling mail order records to the students who bought the magazine. The records sold well enough that he built his first record store the next year.

He rented the recording studio out to local artists, including one named Mike Oldfield. Over the next decade, the young boy grew his record label by adding bands like the Sex Pistols, Culture Club, and the Rolling Stones. Almost 50 years later, there were over 400 companies under his direction. How I Met Sir Richard Branson A few months ago, I walked into a conference room in Moscow, Russia and sat down ten feet from Branson.