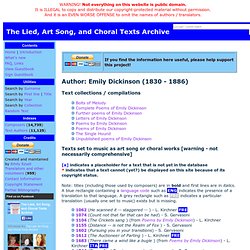 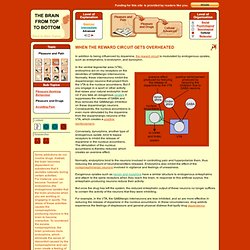 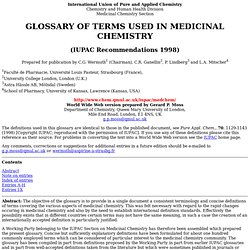 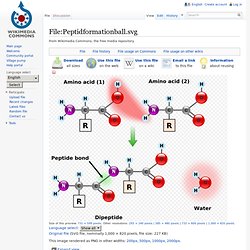 Please copy the text in the edit box below and insert it manually by editing this page. Upon submitting the note will be published multi-licensed under the terms of the CC-BY-SA-3.0 license and of the GFDL, versions 1.2, 1.3, or any later version. See our terms of use for more details. Add a note Draw a rectangle onto the image above (press the left mouse button, then drag and release). Save. File:Amino Acids.svg. Cancel Edit Delete Preview revert Text of the note (may include Wiki markup) Could not save your note (edit conflict or other problem). 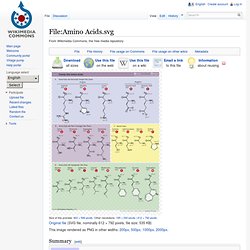 Please copy the text in the edit box below and insert it manually by editing this page. File:AminoAcidball.svg. Cancel Edit Delete Preview revert Text of the note (may include Wiki markup) Could not save your note (edit conflict or other problem). 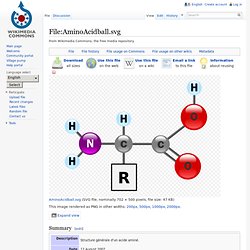 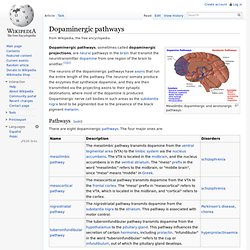 Dopaminergic pathways, sometimes called dopaminergic projections, are neural pathways in the brain that transmit the neurotransmitter dopamine from one region of the brain to another.[1][2] The neurons of the dopaminergic pathways have axons that run the entire length of the pathway. The neurons' somata produce the enzymes that synthesize dopamine, and they are then transmitted via the projecting axons to their synaptic destinations, where most of the dopamine is produced.

Dopaminergic nerve cell bodies in such areas as the substantia nigra tend to be pigmented due to the presence of the black pigment melanin. Pathways[edit] File:Dopamineseratonin.png. Tryptophan. Text of Creative Commons Attribution-ShareAlike 3.0 Unported License. 1. 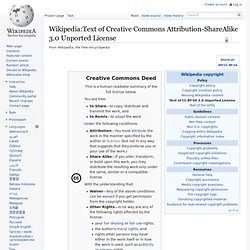 Definitions "Adaptation" means a work based upon the Work, or upon the Work and other pre-existing works, such as a translation, adaptation, derivative work, arrangement of music or other alterations of a literary or artistic work, or phonogram or performance and includes cinematographic adaptations or any other form in which the Work may be recast, transformed, or adapted including in any form recognizably derived from the original, except that a work that constitutes a Collection will not be considered an Adaptation for the purpose of this License.

For the avoidance of doubt, where the Work is a musical work, performance or phonogram, the synchronization of the Work in timed-relation with a moving image ("synching") will be considered an Adaptation for the purpose of this License. " 2. Fair Dealing Rights. PayPal Buyer Protection. If you ever run into trouble with a transaction on eBay, try requesting the seller's contact information and communicating with them before you do anything else. 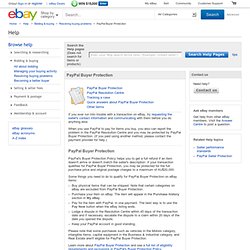 When you use PayPal to pay for items you buy, you also can report the problem in the PayPal Resolution Centre and you may be protected by PayPal Buyer Protection. (If you paid using another method, please contact the payment provider for help.) PayPal Buyer Protection PayPal's Buyer Protection Policy helps you to get a full refund if an item doesn't arrive or doesn't match the seller's description. FEARLESS BLOGGING Altucher Confidential. Posted by James Altucher I thought I was going to drive over a little baby that was crawling across the street.

“What little baby?” My driving instructor said. Well, what IF there was a little baby? Search Results. The natural and designed world is complex; it is too large and complicated to investigate and comprehend all at once. Scientists and students learn to define small portions for the convenience of investigation. The units of investigation can be referred to as "systems.

" A system is an organized group of related objects or components that form a whole. Systems can consist, for example, of organisms, machines, fundamental particles, galaxies, ideas, numbers, transportation, and education. Systems have boundaries, components, resources flow (input and output), and feedback. Science Fair Project Ideas, Answers, & Tools. Grow First, Ads Later: Facebook’s Strategy For Desktop, Mobile, And Now Instagram. When you’re spreading like wildfire, why douse the flames to make a few bucks? Facebook’s willingness to wait on advertising helped its site and mobile apps grow massive, and now it’s applying the same strategy to Instagram. Wall Street is clamoring for Facebook to earn back the $700+ million it spent buying the photo app, but Mark Zuckerberg refuses to trade tomorrow’s dollars for today’s dimes. It took Facebook years to get serious about ads. That’s because it was serious about growth and the user experience from day one.

Facebook’s first ads were actually called “flyers” and promoted on-campus events. Facebook launched its iPhone app in July 2008. By the end of 2011, both Facebook for iOS and Android had over 57 million daily users, and almost twice as many monthly users. It wasn’t until early 2012 that Facebook finally announced it would start showing ads on mobile and the desktop news feed. Smarthistory: a multimedia web-book about art and art history. 3D 360 interactive education images.