Calling survivors ‘refugees’ stirs debate - US news - Katrina, The Long Road Back - Hurricanes Archive. NEW YORK — What do you call people who have been driven from their homes with only the clothes on their backs, unsure if they will ever be able to return, and forced to build a new life in a strange place? 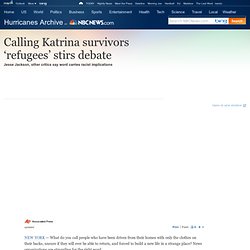 News organizations are struggling for the right word. Many, including The Associated Press, have used "refugee" to describe those displaced by the wrath of Hurricane Katrina. But the choice has stirred anger among some readers and other critics, particularly in the black community. Lawmaker: Bring National Guard back to murder-ravaged New Orleans. New Orleans' murder rate is 10 times the national rate. 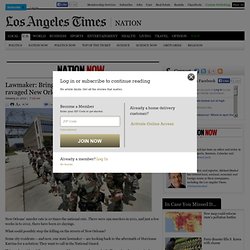 There were 199 murders in 2011, and just a few weeks in to 2012, there have been 20 slayings. What could possibly stop the killing on the streets of New Orleans? Some city residents -- and now, one state lawmaker -- are looking back to the aftermath of Hurricane Katrina for a solution: They want to call in the National Guard. This week, residents' disgust, outrage and fear appeared to reach a boiling point after a man in the historic Algiers Point neighborhood reportedly was killed while trying to stop a carjacking. The Army response to Hurricane Katrina. <div id="others"><ul><li><a href="/media/148595/"><img src=" width="150" alt="LTG Honore" /></a><div class="title" style = "font-weight:bold;"></div><div class="caption">Commander of Joint Task Force Katrina, U. 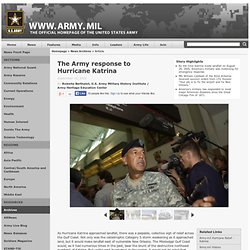 All evacuees removed from the Superdome and Convention Center. The Louisiana Superdome (Katrina photos: Superdome ) and the Ernest N. 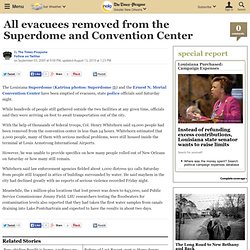 Morial Convention Center have been emptied of evacuees, state police officials said Saturday night. While hundreds of people still gathered outside the two facilities at any given time, officials said they were arriving on foot to await transportation out of the city. Transcripts. Return to Transcripts main page Shoot to Kill Aired August 14, 2010 - 20:00 ET. 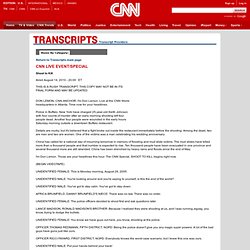 Danny brumfield. Former NOPD officer's sentence a measure of justice for Danny Brumfield's family: An editorial. Former New Orleans police officer Ronald Mitchell will serve 20 months in prison for lying about the circumstances of a fatal shooting days after Hurricane Katrina -- and that brings a measure of justice to the family of Danny Brumfield. 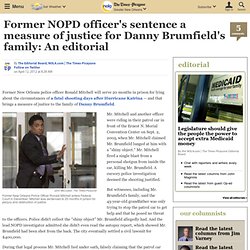 John McCusker, The Times-PicayuneFormer New Orleans Police Officer Ronald Mitchell enters Federal Court in December. Mitchell was sentenced to 20 months in prison for perjury and obstruction of justice. Mr. Mitchell and another officer were riding in their patrol car in front of the Ernest N. Morial Convention Center on Sept. 2, 2005, when Mr. But witnesses, including Mr. During that legal process Mr. Extra! Special Gulf War Issue 1991. TV: The More You Watch, the Less You Know Media polls have proclaimed, in self-congratulatory fashion, that about 70 percent of the public thinks the media did a good job in reporting the Gulf War. 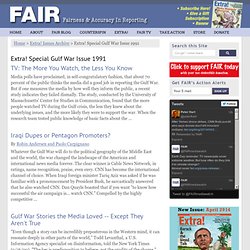 But if one measures the media by how well they inform the public, a recent study indicates they failed dismally. The study, conducted by the University of Massachusetts' Center for Studies in Communication, found that the more people watched TV during the Gulf crisis, the less they knew about the underlying issues, and the more likely they were to support the war. When the research team tested public knowledge of basic facts about the ... Iraqi Dupes or Pentagon Promoters? Gulf War Coverage. The morning after the U.S. began the bombing of Iraq, NBC's Robert Bazell reported the Pentagon's assessment via the Today show: "It was spectacular news," Bazell summarized. 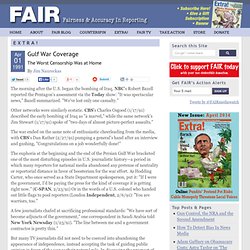 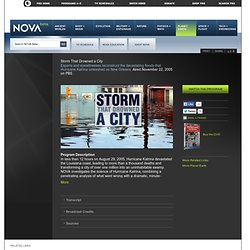 BILLY GOMILLION (Louisiana Department of Wildlife and Fisheries): You always hear about the Doomsday storm. Well, this was it. NARRATOR: She left in her wake around 1,300 dead, hundreds of thousands homeless and one of the most vibrant cities in America drowning and nearly destroyed. WALTER MAESTRI (Emergency Director, Jefferson Parish): Wherever she went, she was going to have an impact. Katrina's Angels - An agency coordinating jobs, homes, and resources for the survivors of Hurricane Katrina. Coordinating resources for the survivors of major natural disasters. 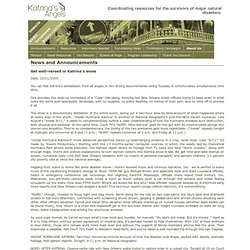 Some area residents are being allowed to return to their homes for the first time since the hurricane struck on Aug. 29. AP Residents began streaming back Monday as part of a plan by the mayor to reopen New Orleans one neighborhood at a time, despite repeated warnings from the top federal official on the scene — and President Bush himself — that the city is unsafe. Mayor Reassessing Return Plans.

The American Economic Review, Vol. 98, No. 2 (May, 2008), pp. 38-42. Going Home after Hurricane Katrina: Determinants of Return Migration and Changes in Affected Areas. KATRINA TIMELINE. Hurricane Katrina. PHILADELPHIA - Just days before "Southern Decadence," an annual homosexual celebration attracting tens of thousands of people to the French Quarter section of New Orleans, Hurricane Katrina destroys the city. Towards a Transformative View of Race: The Crisis and Opportunity of Katrina.

By john a. powell, Hasan Kwame Jeffries, Daniel Newhart and Eric Stiens “You simply get chills every time you see these poor individuals….so many of these people…are so poor and they are so black, and this is going to raise lots of questions for people who are watching this story unfold.”