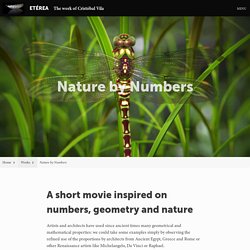 But what is more surprising for me is that many of these properties and mathematical developments are also present in nature. We could find countless cases, but I wanted to refer only three of them on this short animation: The Fibonacci Series and Spiral / The Golden and Angle Ratios / The Delaunay Triangulation and Voronoi Tessellations. This section is meant to be a complement to the animation, in order to better understand the theoretical basis that you can find behind the sequences. It was also, more or less, the appearance of the screenplay in the days that I was planning this project. The animation begins by presenting a series of numbers. And this value is deeply present in nature. (10) Dalla Geometria alla magia del Tangram. 3 Acts - Pop Box Design - Embrace the Drawing Board.

Ever wonder why companies make the decisions that they do? 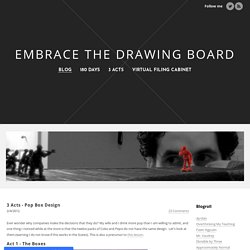 My wife and I drink more pop than I am willing to admit, and one thing I noticed while at the store is that the twelve packs of Coke and Pepsi do not have the same design. Let's look at them (warning I do not know if this works in the States). This is also a precursor to this lesson. Act 1 - The Boxes I asked my students which one uses the least amount of cardboard, and in relation, which company made the best choice for the environment? Act 2 - The Measurements I ask students what do we need to know to solve this? We talk only a little bit about the difference between volume and surface area. Here I talked to students a lot about short cuts. Act 3 - The Reveal This is also a good time to have students talk about anything we are missing. Sequel The boxes are designed with the following can configuriations... How many different configurations can you find, and which one of these uses the least amount of cardboard?

(29) il mago dei numeri. Math Fair – natbanting.com. History In late May 2015, one of my Grade 9 students had the idea to take some of our favourite classroom tasks to elementary school students. 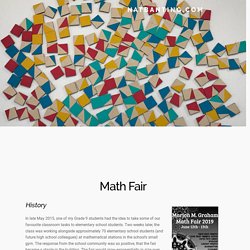 Two weeks later, the class was working alongside approximately 70 elementary school students (and future high school colleagues) at mathematical stations in the school’s small gym. The response from the school community was so positive, that the fair became a staple in the building. The fair would grow exponentially in size over the next two years, with the 2017 edition involving just under 470 elementary students, 50 high school students, and over 10 staff volunteers. Graphing Stories - 15 seconds at a time. Rompere per costruire. Collegare i punti: disegno isometrico e piani codificati - Attività. 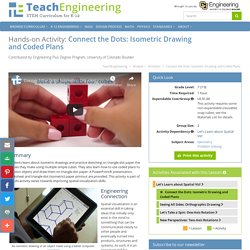 They also learn how to use coded plans to envision objects and draw them on triangle-dot paper. A PowerPoint® presentation, worksheet and triangle-dot (isometric) paper printout are provided. This activity is part of a multi-activity series towards improving spatial visualization skills. Engineering Connection Spatial visualization is an essential skill in taking ideas that initially only exist in the mind to something that can be communicated clearly to other people and eventually turned into products, structures and systems.

Learning Objectives After this activity, students should be able to: Draw a coded plan from an object made of cubes.Use a coded plan to build an object made of cubes.Define and explain the meaning of isometric.Draw a shape on isometric triangle-dot paper. Educational Standards. (417) Reti teoriche e palle che girano - 1 aprile 2015. (417) Calculating pi by weighing a circle. Translation Tessellation. 3 Act Math Tasks By Kyle Pearce, Dan Meyer and Others. Math Is Visual. Building With Blocks. Fidget Spinner: che cos'è e perché fa impazzire i ragazzi. A Matemática das conchas. Inspirations. Nature by Numbers. J.S. Bach - Crab Canon on a Möbius Strip. Random couscous snaps into beautiful patterns. PI MNEMONIC SONG. 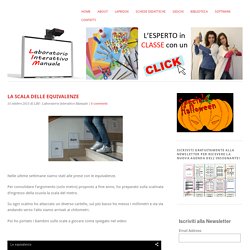