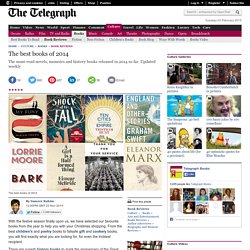 It took nine years to find a publisher. French Words and Expressions in English. Updated October 16, 2015. 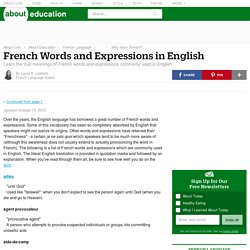 The literal English translation is provided in quotation marks and followed by an explanation. Adieu "until God" Used like "farewell": when you don't expect to see the person again until God (when you die and go to Heaven) agent provocateur "provocative agent" A person who attempts to provoke suspected individuals or groups into committing unlawful acts aide-mémoire "memory aid" 1. Allée "alley, avenue" A path or walkway lined with trees. German Loan Words in English. Jonathan Safran Foer (Author of Extremely Loud and Incredibly Close) Pablo Neruda (Author of Twenty Love Poems and a Song of Despair) Pablo Neruda was the pen name and, later, legal name of the Chilean writer and politician Neftalí Ricardo Reyes Basoalto. 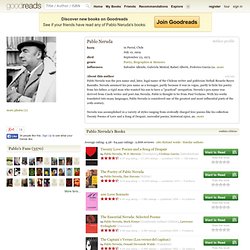 Neruda assumed his pen name as a teenager, partly because it was in vogue, partly to hide his poetry from his father, a rigid man who wanted his son to have a "practical" occupation. Neruda's pen name was derived from Czech writer and poet Jan Neruda; Pablo is thought to be from Paul Verlaine. With his works translated into many languages, Pablo Neruda is considered one of the greatest and most influential poets of the 20th century.

Chuck Palahniuk (Author of Fight Club) Written in stolen moments under truck chassis and on park benches to a soundtrack of The Downward Spiral and Pablo Honey, Fight Club came into existence. 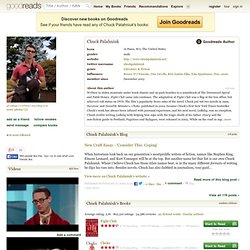 The adaptation of Fight Club was a flop at the box office, but achieved cult status on DVD. The film’s popularity drove sales of the novel. Chuck put out two novels in 1999, Survivor and Invisible Monsters. Choke, published in 2001, became Chuck’s first New York Times bestseller. Chuck’s work has always been infused with personal experience, and his next novel, Lullaby, was no exception.

In the years that followed, he continued to write, publishing the bestselling Rant, Snuff, Pygmy, Tell-All, a 'remix' of Invisible Monsters, Damned, and most recently, Doomed. Chuck also enjoys giving back to his fans, and teaching the art of storytelling has been an important part of that. Then, in 2009, Chuck increased his involvement by committing to read and review a selection of fan-written stories each month. 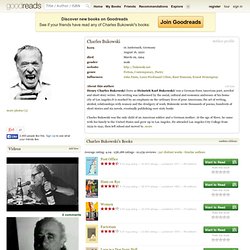 His writing was influenced by the social, cultural and economic ambience of his home city of Los Angeles.It is marked by an emphasis on the ordinary lives of poor Americans, the act of writing, alcohol, relationships with women and the drudgery of work. Ologies. Ologies -ology, a suffix derived from the Greek logos, meaning the 'study of', 'specialty in' or 'art of' a given scientific or medical field. 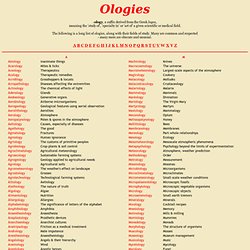 The following is a long list of ologies, along with their fields of study. Many are common and respected - many more are obscure and unusual. Caitlyn Siehl Quotes (Author of What We Buried) Latin Phrases. It’s a matter of taste and style, but not long ago American writers attempted to demonstrate their credentials to the world by including Latin and French phrases within works. 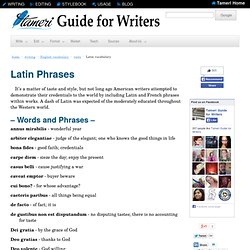 A dash of Latin was expected of the moderately educated throughout the Western world. annus mirabilis - wonderful year arbiter elegantiae - judge of the elegant; one who knows the good things in life bona fides - good faith; credentials carpe diem - sieze the day; enjoy the present casus belli - cause justifying a war caveat emptor - buyer beware cui bono? Caeteris paribus - all things being equal de facto - of fact; it is de gustibus non est disputandum - no disputing tastes; there is no accounting for taste.

RhetoricalDevices. 100 Most Beautiful Words In The English Language. Sesquipedaedalus: Prettiest Words: A Work in Progress.