VisitBerlin sur Twitter : "How to explore #Berlin by bike: #travel #vacation... DW_Travel sur Twitter : "#Mongolia features at #Berlin's #ITB travel fair: @ITB_Berlin @BerlinTourism #tourism #travel. Berlin: Sites to See. Berlin: the city that deserves your undivided attention. Berlin, the German capital, is renowned for its exceptional variety of attractions, its flourishing cultural scene and a way of life that's both fast-paced and relaxed. 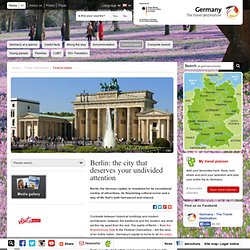 A local's guide to Berlin. Berlin is one of Europe’s most exciting cities right now. This expressive and affordable city attracts artists and young professionals from all over the world and has established itself as a creative centre of Europe. 35 of the best things to do in Berlin - Hipster Travel Blog. People are always asking me what to do in Berlin, and even if I’ve posted a hundred million times on my favorite places, restaurants and things to do in Berlin, there’s always more to say. (Read more: My Berlin Story ) Whether you think Berlin is Europe’s most hip city or not, there’s no denying the city’s special place in the world today.

Berlin isn’t described as “poor buy sexy” without reason. Berlin. Berlin-Usedom Island Cycle Route: From big city lights to sea breezes. Using our interactive travel planner you can put together your own personalised route through Destination Germany, incorporating all the important information you'll need along the way. 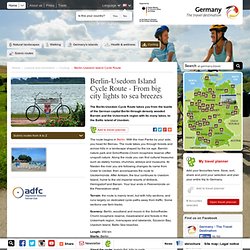 It couldn't be easier: Browse our website for places that you would like to visit.To add the destination to your travel planner simply click on the icon . You'll find the icon at the end of each article.To continue planning your trip to Germany click on the 'Open travel planner' button.Now you can sort the list of chosen destinations and see your route on the map preview. And you're off! Once your route is ready, you can simply print out your tour of Germany, e-mail it and share it with friends. Add your favourites here. Photo by destinationeu. Top Berlin Tips - Your Insider Tips for Berlin from Hostelworld. One of Europe’s most popular destinations all year round, Berlin, really is full of great attractions, art and culture, history and entertainment. 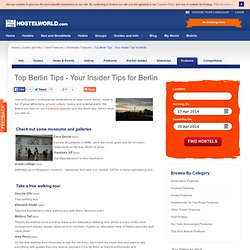 We asked you over on our Facebook page for your top Berlin tips. Here's what you told us... Check out some museums and galleries Caco Zanchi says: Berlin : 10 Surprisingly Cheap European Cities. 15 Berlin adventures your whole family will love - Itineraries. Torsten Seidel / Courtesy VisitBerlin The Badeschiff, a swimming pool installed atop an old barge docked on the Spree River, is a top summer attraction for Berliners. 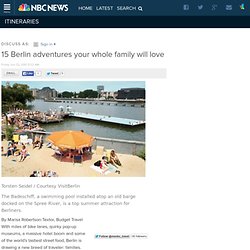 By Marisa Robertson-Textor, Budget Travel With miles of bike lanes, quirky pop-up museums, a massive hotel boom and some of the world’s tastiest street food, Berlin is drawing a new breed of traveler: families. Business Travel Berlin, Germany — Business Travel Destinations. Berlin, Germany is a cultural city that has a population of about 3.4 million people. 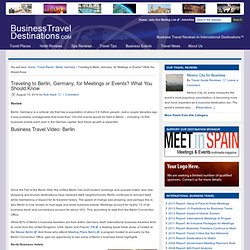 Just a couple decades ago it was probably unimaginable that more than 100,000 events would be held in Berlin – including 14,500 business events each year in the German capital. And future growth is expected. Since the Fall of the Berlin Wall, the unified Berlin has built modern buildings and upscale hotels, and new shopping and tourism destinations have replaced stark neighborhoods. Berlin continues to reinvent itself while maintaining a respect for its troubled history. The speed of change was amazing, and perhaps this is why Berlin is now chosen to host large and small business events. While 80% of Berlin’s business travelers are from within Germany itself, international business travelers tend to come from the United Kingdom, USA, Spain and France.

Facebook Names the Most-Social Landmarks in the World [INFOGRAPHIC] Planning to check in at New York's American Museum of Natural History or Rome's Trevi Fountain this summer? 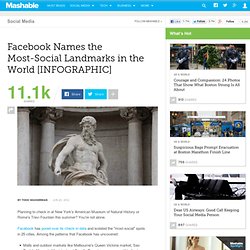 You're not alone. YOU - Startseite. WhyGo Germany Travel Guide. By Cristina | May 9th, 2012 After the airfare, the hotel is the second biggest expanse during a vacation. 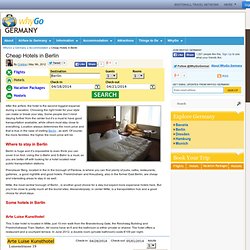 Choosing the right hotel for your style can make or break your stay. Some people don’t mind staying further from the center but it’s a must to have good transportation available, while others must stay close to everything. Berlin: Model Railroad Offers A Bird's-Eye View In Miniature. Deutscher Fußball-Bund e.V. -  The trophy. The first player to lift up the "pot" and show it to the crowd was Aki Schmidt of Borussia Dortmund. 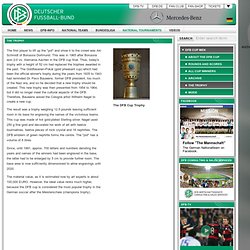 This was in 1965 after Borussia won 2-0 vs. Alemania Aachen in the DFB cup final. Thus, today's trophy with a height of 52 cm had replaced the trophies awarded in the past. The Goldfasanen-Pokal (gold pheasant cup) which had been the official winner's trophy during the years from 1935 to 1943 had reminded Dr. Peco Bauwens, former DFB president, too much of the Nazi era, and so he decided that a new trophy should be created. The result was a trophy weighing 12.5 pounds leaving sufficient room in its base for engraving the names of the victorious teams. Since, until 1991, approx. 700 letters and numbers denoting the years and names of the winners had been engraved in the base, the latter had to be enlarged by 5 cm to provide further room.