The Acaeum. List of D&D Module Walkthrough Maps by Jason B. Thompson. ZENOPUS ARCHIVES. Classic Modules Today: C2 The Ghost Tower of Inverness (5e) - Dungeon Masters Guild. TSR Legal Debate. Who the fuck is my #DND character? Owlbear and Cubs - DiTerlizzi Masterworks - Miniature Lines. D&D Monster A-Z (Inktober 2015) Fantasy Maps by Anna B Meyer. Illuminating the Monster Manual. I’ll admit that this year’s attempt at #DRAWLLOWEEN was a bit of a bust – I kept falling behind and ended up burning out around item 19. 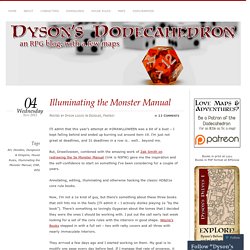 I’m just not great at deadlines, and 31 deadlines in a row is… well… beyond me. But, Drawlloween, combined with the amazing work of Zak Smith on redrawing the 5e Monster Manual (link is NSFW) gave me the inspiration and the self-confidence to start on something I’ve been considering for a couple of years. Annotating, editing, illuminating and otherwise hacking the classic AD&D1e core rule books. Now, I’m not a 1e kind of guy, but there’s something about these three books that still hits me in the feels (I’ll admit it – I actively dislike playing 1e “by the book”). There’s something so lovingly Gygaxian about the tomes that I decided they were the ones I should be working with. They arrived a few days ago and I started working on them. Monster Manual – Page 76 Monster Manual Pages 70-71 I mean, tentacles AND labyrinths? Monster Manual – Page 7 Like this: How We Won the War on Dungeons & Dragons. Zenopus Archives.

D&D Walkthrough Maps Now Available! July 23rd, 2014 Some of the most enjoyable artwork I’ve done over the past year and a half has been the Dungeons & Dragons classic module Walkthrough Maps for Wizards of the Coast. 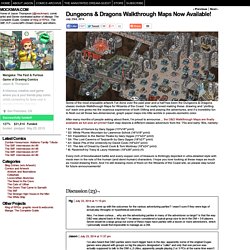 I’ve really loved making these: drawing and ‘plotting out’ each one gives me the vicarious experience of both DMing and playing the adventures, and it’s incredibly fun to flesh out all those two-dimensional, graph paper maps into little worlds in pseudo-isometric color. After many months of people asking about them, I’m proud to announce… the D&D Walkthrough Maps are finally available as full-size art prints!!

Each map depicts a different classic adventure from the ’70s and early ’80s, namely: Every inch of bloodsoaked battle and every copper coin of treasure is thrillingly depicted in ultra-detailed style with mock men in the role of the human (and demi-human) characters. Jason thompson d&d. Toon_Hommlet_full.jpg (JPEG Image, 2500 × 3024 pixels) - Scaled (33%) The DragonDex - A complete index to Dragon Magazine. This resource has been privately and independently created and is not created, maintained, commissioned, authorized or connected in any way with Dragon Magazine, Wizards of the Coast, Inc., Paizo Publishing, or any other company. 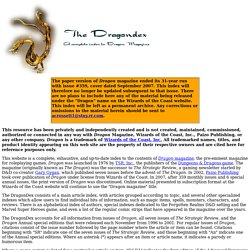 Dragon is a trademark of Wizards of the Coast, Inc. All trademarked names, titles, and product identity appearing on this web site are the property of their respective owners and are cited here for reference purposes only. Gygax on Conan. Gygax devoted the entirety of his "Sorcerer's Scroll" column in Dragon Magazine #36 (April 1980) to a dossier on Robert E. 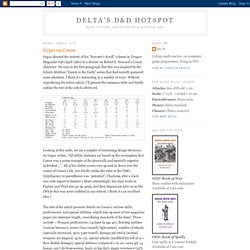 Howard's Conan character. He says in the first paragraph that this was inspired by the Schick-Moldvay "Giants in the Earth" series that had recently garnered some attention. I think it's interesting in a number of ways. Walkthrough Map Prints – Mock Man Press. Dungeon Mapping. By "Melan" In my opinion, designing a good dungeon also involves creating a good map. 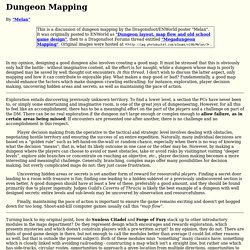 It must be stressed that this is obviously only half the battle - without imaginative content, all the effort is for naught; while a dungeon whose map is poorly designed may be saved by well thought out encounters. In this thread, I don't wish to discuss the latter aspect, only mapping and how it can contribute to enjoyable play. What makes a map good or bad?

Fundamentally, a good map should enhance the factors which make dungeon crawling enthralling: for instance, exploration, player decision making, uncovering hidden areas and secrets, as well as maintaining the pace of action. Exploration entails discovering previously unknown territory. Player decision making from the operative to the tactical and strategic level involves dealing with obstacles, negotiating hostile territory and ensuring the success of an entire expedition. Let us now look at the modules. Sunless Citadel. ​The 24 Most Embarrassing Dungeons & Dragons Character Classes. Realms Secretariat – Unofficial History. Welcome to the unofficial history of the Forgotten Realms.® Have you ever wondered why I, the guy who created the Realms in the first place, decided to share it with the wider world? 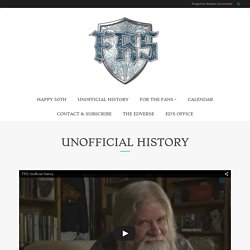 Do you want to hear behind-the-scenes stories, some of those that can now be told, about why things are the way they are? Why, for instance, that from the beginning the Forgotten Realms® maps didn’t have hexes all over them, so the rivers didn’t run in little diagonal lines along the edges of hexes, but rather the maps looked like maps of real places, rather than game maps? Ever wondered about things like that? ZENOPUS ARCHIVES: Visualizing Castle Greyhawk. In memory of Gary Gygax (July 27, 1938 – March 4, 2008), here is a glimpse of Castle Greyhawk using his words & some relevant pictures.﻿ 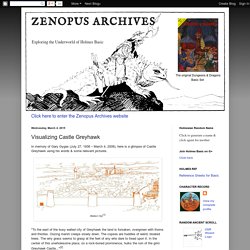