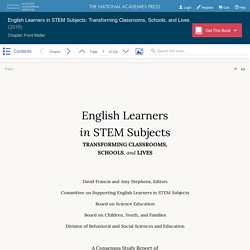 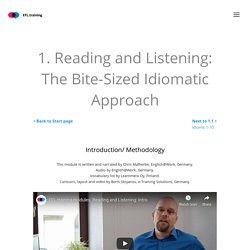 Summary. Buscar. Wall. NorthStar 5th Edition. 10 Things You Need to Know about SEO & Social Media - Open oceanmarketing. 7 Ways To Use Social Media in the ESL Classroom. Using video 2. Your choice of video may well be limited depending on what you have available to you wherever you are so the suggested activities have been kept deliberately general. 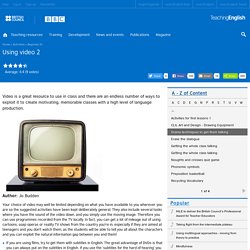 They also include several tasks where you have the sound of the video down, and you simply use the moving image. Therefore you can use programmes recorded from the TV locally. In fact, you can get a lot of mileage out of using cartoons, soap operas or reality TV shows from the country you're in, especially if they are aimed at teenagers and you don't watch them, as the students will be able to tell you all about the characters and you can exploit the natural information gap between you and them! If you are using films, try to get them with subtitles in English. The great advantage of DVDs is that you can always put on the subtitles in English. When you are planning a video lesson, try to think of it in three parts: Here are some classic video activities to get you started. ESL Videos. Listening Comprehension Level B1 - Harry Potter. The Mission: Choose Your Own Penance. Rodrigo Mendoza Between high school, college, and my PhD program, I have spent nearly 14 years being formed intellectually and spiritually by Jesuits. 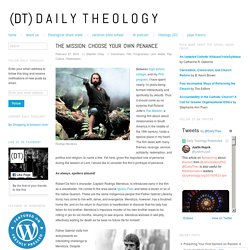 Thus it should come as no surprise that Roland Joffe’s The Mission , a moving film about Jesuit missionaries in South America in the middle of the 18th century, holds a special place in my heart. The Mission (1986) - Plot Summary. The Mission: it might all have been avoided if they'd had some karaoke bars. Director: Roland JofféEntertainment grade: BHistory grade: B In the 17th and 18th centuries, European Jesuits travelled to South America to bring Christianity to the newly colonised inhabitants. 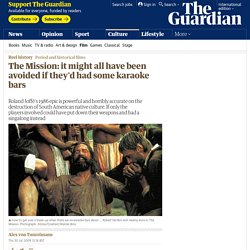 The autonomy of these missions, known as "reductions", came to be seen as a threat to the Spanish and Portuguese empires, and contributed to the expulsion of Jesuits from the Americas at the end of the 1750s. People Father Gabriel (Jeremy Irons) is a Jesuit operating in what is now Argentina's Misiones province, on the borders of Portuguese and Spanish territory, in 1750. His relatively gentle task of preaching Christianity to the indigenous Guaraní people is interrupted by the enterprises of Rodrigo Mendoza (Robert De Niro), a slave trader, who sets up giant nets to catch and abduct members of Gabriel's flock. The Mission (1986) Film Review by Gareth Rhodes.

The Mission (1986) Directed by Roland Joffé. 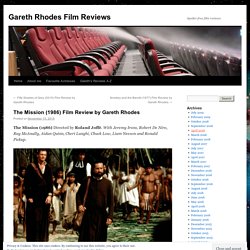 The Catholic Catalogue. The Mission tells the tragic story of 18th century colonialism. 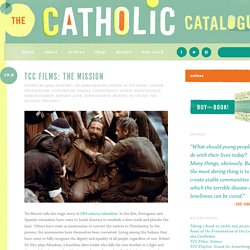 In the film, Portuguese and Spanish colonialists have come to South America to establish a slave trade and plunder the land. THE MISSION – TEACH WITH MOVIES. For more than 150 years, from 1610 to 1768, the Jesuits maintained missions among the Guaraní Indians of the Upper Rio de la Plata Region of what is now Brazil, Paraguay, Argentina and Uruguay. 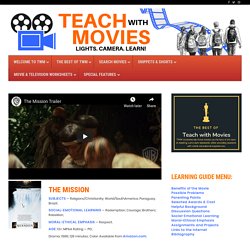 There were eventually 30 missions with 140,000 to 180,000 inhabitants. The governance of the missions followed Spanish statutes of the time which required that the Indians be brought out of the forest into villages (called reduciones). The obligations of the Indians and community life were set out in detail in the legislation. Of all the missionaries sent to the New World by Spain and the Catholic Church, the Jesuits were the most successful in making these regulations work. The missions grew in wealth and power and became “a Jesuit state.” 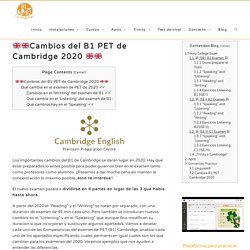 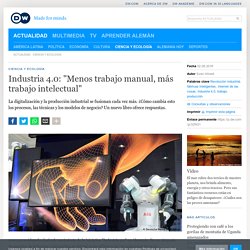 ¿Cuál es el futuro de Google? Viaje a la universidad de los cerebros visionarios. A Einstein le daba vértigo pensar en el futuro, «porque suele llegar demasiado rápido». Robots espirituales... Ray Kurzweil, director de ingeniería de Google: “En 20 años ampliaremos nuestra expectativa de vida indefinidamente” ‘The future is better than you think:’ Predictions on AI and development from Ray Kurzweil. By ITU News In the past 20 years or so, extreme poverty has fallen by some 50% globally. But when people are surveyed and asked to guess the decline in poverty rates, only around 1% of people get it right.

Why is that? Why don’t people realize how much life has improved for the majority of people worldwide? These were just some of the statistics and questions put to a rapt global audience by world-renowned inventor and futurist Ray Kurzweil during his keynote presentation for the AI for Good Global Summit. Project Based Learning (PBL) - SCHOOL FAB LAB. Research – Education and Employers. Please select if you would like to get involved independently as a volunteer: Volunteers register here Or if wanting to sign up on behalf of your organisation as an employer: Employers register here Or if wanting to sign up as a school or college: Teachers register here.

The Fourth Industrial Revolution: what it means and how to respond. We stand on the brink of a technological revolution that will fundamentally alter the way we live, work, and relate to one another. In its scale, scope, and complexity, the transformation will be unlike anything humankind has experienced before. We do not yet know just how it will unfold, but one thing is clear: the response to it must be integrated and comprehensive, involving all stakeholders of the global polity, from the public and private sectors to academia and civil society.

The First Industrial Revolution used water and steam power to mechanize production. The Second used electric power to create mass production. New school subjects prepare SA for the Fourth Industrial Revolution? In 2018 President Cyril Ramaphosa called on the country to urgently develop its capabilities in the areas of science, technology and innovation. He reiterated this idea during his State of the Nation Address and at the ANC’s Limpopo provincial manifesto launch in Thohoyandou. “It will take five years for learners to get tablets. But the most important thing is that our children must get a better education,” said Ramaphosa.

“In today’s world, where the collective knowledge of human experience is increasingly just one Google search away, knowing the right questions to ask has never been more important,” he says. “Observation and curiosity are the starting points of critical thinking. The classic six Ws – who, what, where, when, why, how – are accessible to students at any age and these questions form the basis of any informed investigation and analysis. In humanities, students are often asked to analyse the value of a particular source. Top 5 Skills Teachers Need to Flourish in the Fourth Industrial Revolution. 8 Things Every School Must Do To Prepare For The 4th Industrial Revolution.