Immune: How Your Body Defends and Protects You: Catherine Carver: Bloomsbury Sigma. The human body is like an exceedingly well-fortified castle, defended by billions of soldiers – some live for less than a day, others remember battles for decades, but all are essential in protecting us from disease. 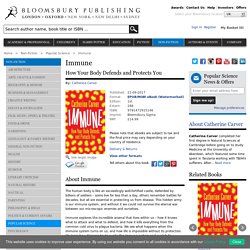 This hidden army is our immune system, and without it we could not survive the eternal war between our microscopic enemies and ourselves. Immune explores the incredible arsenal that lives within us – how it knows what to attack and what to defend, and how it kills everything from the common cold virus to plague bacteria. We see what happens when the immune system turns on us, and how life is impossible without its protection. We learn how diseases try to evade the immune system and exploit its vulnerabilities, and we discover how scientists are designing new drugs to harness the power of the system to fight disease. 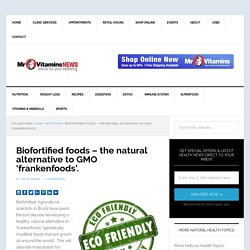 This will alleviate malnutrition for one-third of the world’s starving population. In less than ten years, scientists aim to have eight biofortified foods widely available to consumers throughout Brazil. What is Biofortification? Biofortification is the development of micronutrient-dense staple crops, using the best traditional breeding practices and modern biotechnology. This has several advantages: It capitalizes on the regular daily intake of a large amount of staple food by all family members. Why Biofortification? 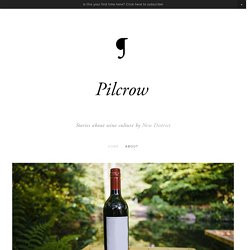 This is hardly noteworthy: I don't think it is legal for a celebrity to be above the age of fifty without having their own line of wines or spirits. What is noteworthy about Etheridge, however, is that the wine she is promoting is infused with marijuana. "Cannabis and wine have both been around for thousands of years," Etheridge told Munchies/VICE in January before giving staffers at the magazine a taste of the cannabis-infused wine. Hold on a second. Thousands of years? According to Carl Ruck, professor of classics at Boston University, humans have indeed been putting marijuana and other psychoactive substances into their wine since they began making it thousands of years ago: Big Pharma Manufacturers – Drug & Device Companies; Lawsuits & Facts. Big Pharma wields enormous influence over the prescription drug and medical device markets around the globe. 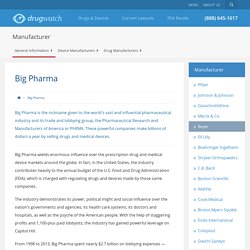 In fact, in the United States, the industry contributes heavily to the annual budget of the U.S. Food and Drug Administration (FDA), which is charged with regulating drugs and devices made by those same companies. The industry demonstrates its power, political might and social influence over the nation’s governments and agencies, its health care systems, its doctors and hospitals, as well as the psyche of the American people. Growery - Marijuana Wine. Recently found a recipe for it, and I think I am going to try it. 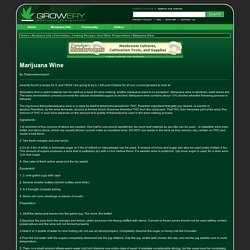 I will post it below for all you current growers to look at. Almostany fruit or plant material can be used as a base for wine making, andthe marijuana plant is no exception. Marijuana wine is alcoholic, asall wines are. The basic fermentation process converts the natural andadded sugars to alcohol. Marijuana wine contains about 13% alcohol whenthe following process is followed. The big bonus that putsmarijuana wine in a class by itself is tetrahydrocannabinol. Ingredients: 1.A minimum of four ounces of stems are needed. 2. 3.2½ to 3 lbs of white or turbinado sugar or 3 lbs of refined or naturalsugar can be used. 4. Watch Big Bucks, Big Pharma Online - FreeDocumentaries.Org. The Healing Power of Music. ARTICLES / General / The Healing Power of Music/ Other Articles Share This Article The Healing Power of Music By Steve Toll and Linda Bareham What better “medicine” than a “treatment” that has only positive side effects and “therapy” that is actually enjoyable? 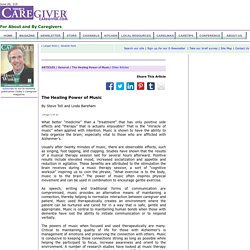 That is the “miracle of music” when applied with intention. Usually after twenty minutes of music, there are observable effects, such as singing, foot tapping, and clapping. As speech, writing and traditional forms of communication are compromised, music provides an alternative means of maintaining a connection, thereby helping to normalize interaction between caregiver and patient. Mozart as Medicine: The Health Benefits of Music. David Binanay started playing the violin when he was five. 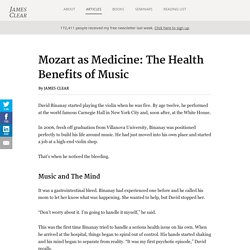