Futurology. Tutorials. How-To: Make an Analog Clock with Sweep Second Hand using Glimmr Buried in Glimmr Drawing Commands, the bedrock Glimmr extension responsible for drawing images directly to the screen, is a set of commands for drawing lines using an angle plus a distance. 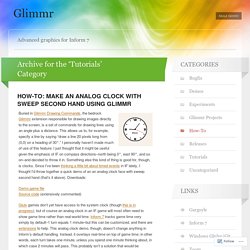 This allows us to, for example, specify a line by saying “draw a line 20 pixels long from (0,0) on a heading of 30°.” I personally haven’t made much of use of this feature; I just thought that it might be useful given the emphasis of IF on compass directions–north being 0°, east 90°, and so on–and decided to throw it in. How to Turn Your Inform Game Into an iOS App · erkyrath/iosglulxe Wiki. iOS Glulxe is a Glulx interpreter for iOS. 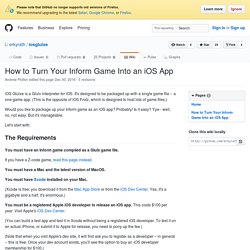 It's designed to be packaged up with a single game file -- a one-game app. (This is the opposite of iOS Frotz, which is designed to host lots of game files.) Would you like to package up your Inform game as an iOS app? Probably! Is it easy? How to Simulate Tilt-Shift Lens Effects Using Lightroom. We’ve all at one point been enamoured by the effects produced by tilt-shift or PC (perspective control) lenses. 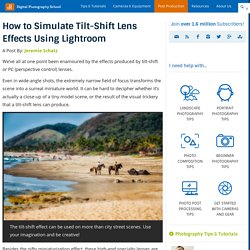 Even in wide-angle shots, the extremely narrow field of focus transforms the scene into a surreal miniature world. It can be hard to decipher whether it’s actually a close-up of a tiny model scene, or the result of the visual trickery that a tilt-shift lens can produce. The tilt-shift effect can be used on more than city street scenes. Use your imagination and be creative! Besides the nifty miniaturization effect, these high-end specialty lenses are imperative for professional architectural photography.

Without actually changing the physical location of the camera, these adjustments allow you to alter the perceived perspective. The keystone effect refers to the convergence of parallel lines which occurs when a camera’s sensor is not parallel to them. Eliminating Converging Lines Distortion. Tilt Shift effect in Lightroom. Tilt shift is known in photography as a way of correcting distortions created by cameras on what regards to perspective. 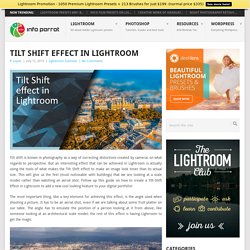 But an interesting effect that can be achieved in Lightroom is actually using the tools of what makes the Tilt Shift effect to make an image look tinier than its actual size. MountingWindowsPartitions. Ubuntu is capable of reading and writing files stored on Windows formatted partitions. 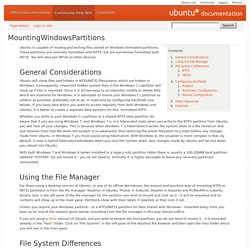 These partitions are normally formatted with NTFS, but are sometimes formatted with FAT32. You will also see FAT16 on other devices. Ubuntu will show files and folders in NTFS/FAT32 filesystems which are hidden in Windows. Consequently, important hidden system files in the Windows C:\ partition will show up if this is mounted. A more powerful Plex media server using Raspber... 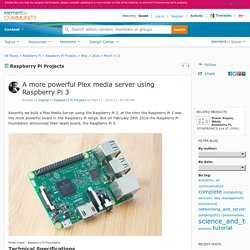 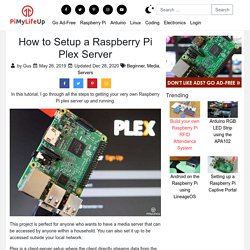 This is perfect for anyone who wants to have a media server that can be accessed by anyone within a household. You can also set it up to be accessed outside your local network. Plex is a client server setup where the client simply streams data from the plex media server. This means you can have all your movies, music and photos located on the one device, the server. In this case we will be using the Raspberry Pi. The plex client is supported on a ton of devices including Windows, Apple, Android, Amazon FireTV, Chromecast, Xbox, PlayStation, Linux and so many more. How To Do Research For Historical Fiction: Balancing Fact And Fiction. When it comes to writing historical fiction, don’t panic at the word research. 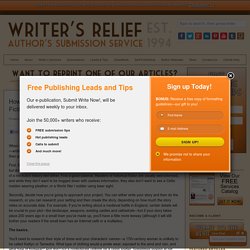 If you follow popular advice—write what you know—then researching your novel will help you do just that. And if you write what you love, then your research will also be a labor of love. Immerse yourself in the process and bring your novel to life. A Research Primer for Historical Fiction Writers. A Research Primer for Historical Fiction Writers by Erika Dreifus Return to Research & Interviews · Print/Mobile-Friendly Version Having taken -- and taught -- workshops for historical novelists over the past several years, I now know that there are a lot of us out there telling stories about the past, even if we don't all become Charles Fraziers or Arthur Goldens (at least not right away!). 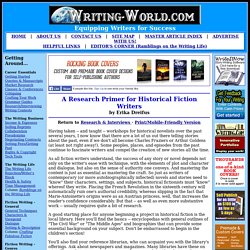 Some peoples, places, and episodes from the past continue to fascinate writers and compel the creation of new stories all the time. As all fiction writers understand, the success of any story or novel depends not only on the writer's ease with technique, with the elements of plot and character and dialogue, but also on the sense of authority one conveys. And mastering the content is just as essential as mastering the craft.