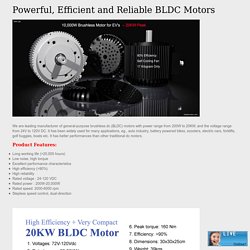 HPM10K (10KW) CE Certificate HPM10K (10KW) CE-EMC Report. Since my freshman year at MIT in 2007, I’ve been building small electric vehicles as a hobby (why walk when you can roll in style?). 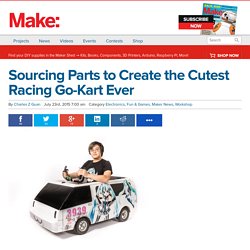 My involvement in the student project space at MIT ultimately spurred me to become a mentor for students building their own projects of all types. Interestingly, the most valuable advice I often gave was not how to make things, but where to get things. A small “hub motor” scooter I built in 2008 that I used as transport for 2 years. In my years of building vehicles (and robots), I had unknowingly amassed a huge repository of places to buy or scrounge parts, and methods of vetting them for a design. 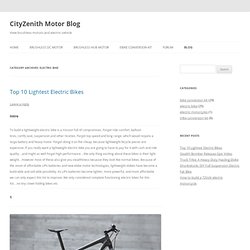 This is his tale: When I started chatting on the internet, I wanted a screen name to protect my identity. So I chose Dogman because I am part dog, I speak dog fluently, and I have always had a pack of dogs around the house. Mostly bloodhounds, Jed Clampet style dogs with the big saggy faces and long ears. My real name is Dan, so lots of folks have known me as Danger Dan. The two wheeled vehicle addiction began early. Before long I got old enough to get a job, and at 15 bought my first motorcycle. Years went by, and it was time to starve my way through a degree in horticulture.

In 1976, I tried snow skiing, and loved it. Backing up some, at about age 26 I was then riding a kawasaki 750 fully dressed with a big fairing. So I skied a lot, I’d build an igloo in the backcountry and ski mountaineer from it on weekends all winter. By the 90’s I was also getting into a very expensive thrill. Landed. The Electric Motorcycle: A DIY Primer. There are a lot of projects that you can take up over a short period of time; start, complete, enjoy, and use. 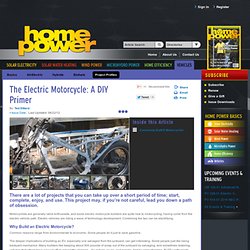 This project may, if you’re not careful, lead you down a path of obsession. Motorcyclists are generally rabid enthusiasts, and some electric motorcycle builders are quite new to motorcycling, having come from the electric vehicle path. Electric vehicles are riding a wave of technology development. Combining the two can be electrifying. How Regenerative Braking Works" Every time you step on your car's brakes, you're wasting energy. 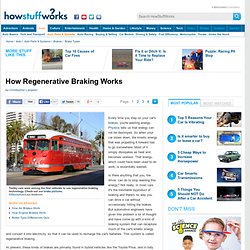 Physics tells us that energy can not be destroyed. So when your car slows down, the kinetic energy that was propelling it forward has to go somewhere. Most of it simply dissipates as heat and becomes useless. DIY Mid drive builds, the why and the how, part-2. Written by Ron/Spinningmagnets, March 2013 The reasons why someone would want a non-hub build…in spite of the complexity, noisy drive components, and extra cost…was discussed in Part-1. 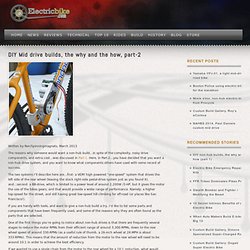 Here, in Part-2…you have decided that you want a non-hub drive system, and you want to know what components others have used with some record of success. The two systems I’ll describe here are…first: a VERY high powered “one-speed” system that drives the left side of the rear wheel (leaving the stock right-side pedal-drive system just as you found it), and…second: a BB-drive, which is limited to a power level of around 2,200W /3-HP, but it gives the motor the use of the bikes gears, and that would provide a wider range of performance.

Namely; a higher top-speed for the street, and still having great low-speed hill climbing for off-road (or places like San Francisco!). If we wanted to use a single chain from the motor to the rear wheel for a 10:1 reduction, what would that look like? The Primary Reduction. Automotive Research And Development, Automotive Service Provider, India, Vehicle Type Certification, Automotive Testing And Calibration, Vehicle Design Labs, Advanced Automotive Design Standards, Automotive Engineering Course. Product List. Klip ?zle - Fmbul.com. Loopwheels Move The Bicycle’s Suspension Directly Into The Wheel. People are fond of saying that you can’t reinvent the wheel, but if you take a look a the LoopWheel, you realize that’s not entirely true. 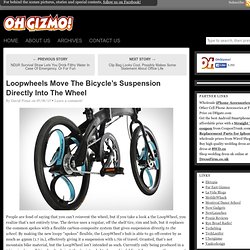 The device uses a regular, off the shelf tire, rim and hub, but it replaces the common spokes with a flexible carbon-composite system that gives suspension directly to the wheel. By making the new loopy “spokes” flexible, the LoopWheel’s hub is able to go off-center by as much as 45mm (1.7 in.), effectively giving it a suspension with 1.7in of travel. Granted, that’s not mountain bike material, but the LoopWheel isn’t intended as such. Currently only being produced in a 20in. size (a small bicycle wheel size), they’re intended to be used in folding bikes or any other compact bikes that wouldn’t normally be able to fit a regular suspension system. Like many innovative items, the LoopWheels are on Kickstarter, but they’re fully funded. Hit the jump for a video of the wheels in action, plus links.