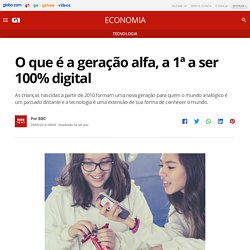 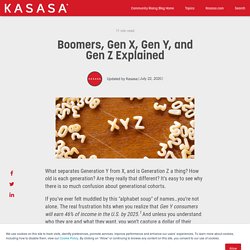 How old is each generation? Are they really that different? It’s easy to see why there is so much confusion about generational cohorts. If you’ve ever felt muddled by this "alphabet soup" of names…you’re not alone. The real frustration hits when you realize that Gen Y consumers will earn 46% of income in the U.S. by 2025.1 And unless you understand who they are and what they want, you won’t capture a dollar of their money. People Grow Older, Birthdays Stay the Same A common source of confusion when labeling generations is their age. Another example, a member of Generation X who turned 18 in 1998 would now be nearly 40. As of 2019, the breakdown by age looks like this: Baby Boomers: Baby boomers were born between 1944 and 1964. The term “Millennial” has become the popular way to reference both segments of Gen Y (more on Y.1 and Y.2 below). Why are generations named after letters? From there on it was all down-alphabet. Nielsen boomers report 082912. 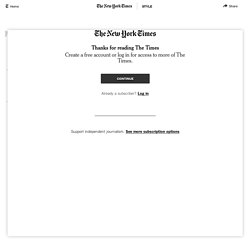 You had to be born between 1965 and 1980 to get in to this gloomy, goofy club of forgotten middle children, and only about 65 million of us were. (Both boomers, at 75 million, and millennials, at 83 million, far outnumber us.) The idea behind that “X” was about coming between. Gen X supposedly didn’t know what they were, or what they wanted. All they knew, they were told, was what they didn’t want — marriage, money, success — and then they shrugged and popped a Prozac. As “Reality Bites” celebrates its 25th anniversary; as groups like Bikini Kill, Wu-Tang Clan and Hootie & the Blowfish reunite for tours; as generational idols like Ani DiFranco and Liz Phair publish memoirs; and as the first real Gen X candidates make a run for president, Gen X is in the air. And you know what else Gen X is? The Walkman Foreshadowing a digital future. 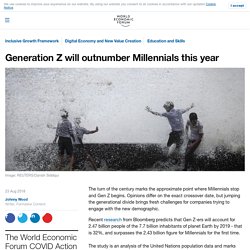 Opinions differ on the exact crossover date, but jumping the generational divide brings fresh challenges for companies trying to engage with the new demographic. Recent research from Bloomberg predicts that Gen Z-ers will account for 2.47 billion people of the 7.7 billion inhabitants of planet Earth by 2019 - that is 32%, and surpasses the 2.43 billion figure for Millennials for the first time. The study is an analysis of the United Nations population data and marks 2000-2001 as the intergenerational cut-off point. In North America, Gen Z or iGen as it is sometimes known, currently makes up one-fifth of the nation’s population and forms the most racially and ethnically diverse generation in the country’s history.

The research shows Millennials will remain the dominant group in the world’s four largest economies of China, US, Japan and Germany, with a ratio of 100 millennials to 73 Gen Z-ers. Millennials Infographic. Millennial Survey 2020.