Tips for Drawing Backgrounds. Photographs of Sunsets as Reflected through Shattered Mirrors by Bing Wright. Broken Mirror/Evening Sky is a series of images by New York photographer Bing Wright who captured the reflections of sunsets on shattered mirrors. 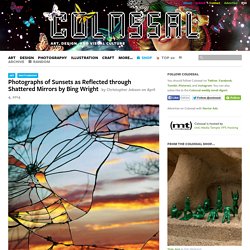 The final prints are displayed quite large, measuring nearly 4′ across by 6′ tall, creating what I can only imagine to be the appearance of stained glass windows. The series was on view early this year at Paula Cooper Gallery where you can learn more about the works, and you can see more on Wright’s website. New Densely Embroidered Animals by Chloe Giordano. Anabagayan — Home. Cerámica erótica mochica: la sexualidad como ritual de paso. Does Earth have a shadow biosphere? – Sarah Scoles.

In the late 1670s, the Dutch scientist Antonie van Leeuwenhoek looked through a microscope at a drop of water and found a whole world. 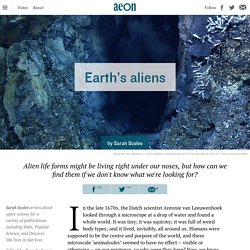 It was tiny; it was squirmy; it was full of weird body types; and it lived, invisibly, all around us. Humans were supposed to be the centre and purpose of the world, and these microscale ‘animalcules’ seemed to have no effect – visible or otherwise – on our existence, so why were they here? Now, we know that those animalcules are microbes and they actually rule our world. They make us sick, keep us healthy, decompose our waste, feed the bottom of our food chain, and make our oxygen.

Así era el año 2000 que ilustradores franceses imaginaron en 1900. The Devil and his Servants: Demonic illustrations from 18th century occult book. I had a friend who liked to collect occult illustrations from the earliest woodcuts of witches sabbats to hand-painted plates of winged demons. 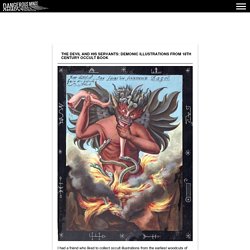 My friend did not see these pictures as telling a history of the occult, but rather a luminous narrative of the imagination’s power to invent monsters. Similarly fabulous creatures can be found in the illustrations to the Compendium rarissimum totius Artis Magicae sistematisatae per celeberrimos Artis hujus Magistros, a rare book on the occult dating from 1775 which is held by the Wellcome Library. The volume is written in a mixture of German and Latin and contains 31 water-color illustrations of the Devil and his demonic servants together with three pages of magic and occult ritualistic symbols. With the warning “NOLI ME TANGERE” (“Do Not Touch”) on its cover, the compendium can be seen as a last attempt by those of faith to instil fear among the superstitious. Via Paris Review, Flashbak & Bildgeist. The Almost Complete Greek God Family Tree. 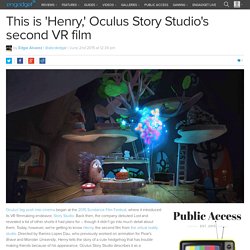 Back then, the company debuted Lost and revealed a list of other shorts it had plans for -- though it didn't go into much detail about them. Today, however, we're getting to know Henry, the second film from the virtual reality studio. 25 Amazing 2D Concept Art by Moky Lin. 25 Amazing 2D Concept Art by Moky Lin Online Game&web Game company,the art work are some 2D concept and 3D poster. 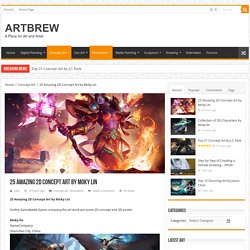 Moky lin GameCompany Shenzhen City, China. How a Hopi Elder Changed My Life. It is With Good Reason That Some Call Hopi-land in Arizona, the Tibet of the West Secluded in the Painted Desert of the Southwest, the Hopi are a private, but kind, indigenous Nation that have preserved one of the most ancient cultures in North America. 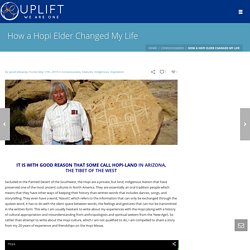 They are essentially an oral tradition people which means that they have other ways of keeping their history than written words that includes dances, songs, and storytelling. They even have a word, ‘Navoti’, which refers to the information that can only be exchanged through the spoken word, it has to do with the silent space between words, the feelings and gestures that can not be transmitted in the written form. This why I am usually hesitant to write about my experiences with the Hopi (along with a history of cultural appropriation and misunderstanding from anthropologists and spiritual seekers from the ‘New-Age’). A Compendium of Cryptid and Creature Infographics. Cryptozoology is the study of hidden animals. 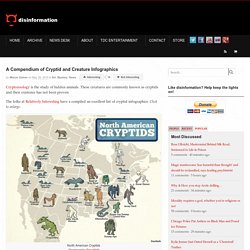 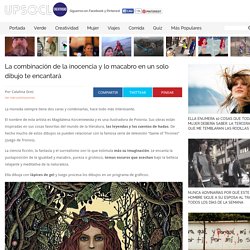 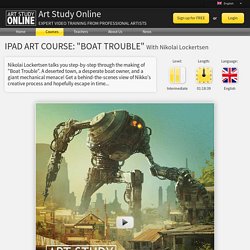 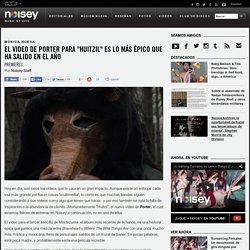 Autodesk Students. C A T R I N A - ZBrush - Concept art. El Divino Maestro Mapuche. Capítulo 6. Experimental Game Turns Players into Poets and Writers. What do British Romantic Era poets and video games have in common? The answer is Elegy for a Dead World, an unlikely game that leaves the players with “no game to play,” but to explore three long-dead civilizations, observe, and make notes... or stories — or poems — or songs.

The three lost worlds feature beautiful scenery, moving music, and are inspired by Percy Shelley's Ozymandias, Lord Byron's Darkness, and John Keats' When I Have Fears That I May Cease to Be. They create a strong, moody atmosphere that becomes the breeding ground for feelings and ideas. The game began in 2013 as a collaboration between Dejobaan Games and Popcannibal.

Ziba Scott, one of the creators says, “We have three great Romantic poets — Shelley, Byron, and Keats — and they each wrote these really moving poems about end times, the end of the world. Behance. Mozchops - Photos de la publication de Mozchops. Official Family Trees. Photos de la publication de Juan Pablo... - Juan Pablo Corredor Martínez. Nassim Haramein - Timeline Photos. 15 Creative Negative Space Tattoos. In classic art, negative space is a tint area of black color, but in tattoo art, it is the skin, left uncovered by ink. Negative space tattoos are designs playing with reverse images with skin as the main subject. The skin tone is used by tattoo artists for the lighter shades of the tattoo, especially in the delicate black and grey style where they play on the opacity of their black shadings. Due to an optical illusion called figure-ground, the brain can clearly recreate the part of the design left blank, only by the hint of the contrast with black or colored outlines.

Negative spaces are a witty game for tattoo artists, allowing them very bold designs, for example in dotwork, blackwork, tribal and graphic styles. They also avoid them the use of ink colors too close to the skin tones and white ink, for long lasting and forever readable tattoos. A beautiful backpiece with a little girl’s silhouette, a bird and garden, all in negative space by Ben There. Stephen Ellcock - Photos du journal. Brothers Grimm-Inspired Fairytale Landscapes By Kilian Schönberger. German photographer Kilian Schönberger has captured the essence of the legendary Grimm Brothers’ dark fairytales in a series of images called “Brothers Grimm’s Wanderings.” The photos capture entrancing landscapes and buildings throughout Central Europe that are at once mystical and foreboding. “I think there is a deep longing for tranquil naturalness among people in our technology-driven environment,” Schönberger (whom we’ve written about before) writes on his website. “Therefore I don’t want to show just portrayals of natural scenes – I want to create visually accessible places where the visitor can virtually put his mind at rest and make up his own stories.