Life in the Gulag: A Harrowing Account of Stalin’s Prison Camps. Vera Golubeva spent more than six years in one of Joseph Stalin’s gulag camps. 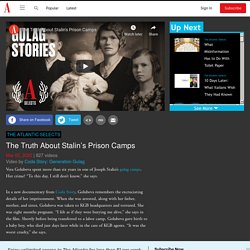 Her crime? “To this day, I still don’t know,” she says. In a new documentary from Coda Story, Golubeva remembers the excruciating details of her imprisonment. When she was arrested, along with her father, mother, and sister, Golubeva was taken to KGB headquarters and tortured. She was eight months pregnant. From 1918 to 1987, Soviet Russia operated a network of hundreds of prison camps that held up to 10,000 people each. “That sum is unfathomable,” Katia Patin, who produced the film about Golubeva, told me. Now is a more important time than ever to examine this dark period of Russia’s history. “Russia has misrepresented its crimes against humanity by refusing to address them,” Patin said. In Vladimir Putin’s Russia, Stalin has been rehabilitated as a figure credited with the U.S.S.R.’s victory in World War II—a narrative that leaves little room for examining his role in the gulag, Patin said. The Beasts and the Bombings: Reflecting on Dresden, February 1945.

The Allied destruction of Dresden wasn’t the biggest or deadliest aerial bombardment of a German city during World War II. 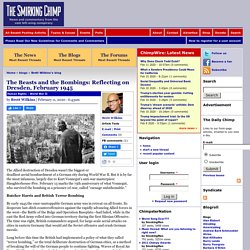 But it is by far the most infamous, largely due to Kurt Vonnegut’s anti-war masterpiece Slaughterhouse-Five. February 13 marks the 75th anniversary of what Vonnegut, who survived the bombing as a prisoner-of-war, called “carnage unfathomable.” Butcher Harris and British Terror Bombing By early 1945 the once-unstoppable German army was in retreat on all fronts. An Open Letter to Gina Haspel From Someone Who Was Physically Tortured. Gulag Letters: Translated Text Reveals Life Inside Stalin's Labor Camps. In 2011, I was at the Hoover Institution Archives sifting through the papers of the Latvian poet and journalist Arsenii Formakov (1900-1983) when I noticed a folder of letters encased in clear plastic. 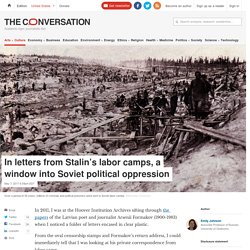 From the oval censorship stamps and Formakov’s return address, I could immediately tell that I was looking at his private correspondence from labor camp. In June 1940, the Soviet Union had forcibly annexed Latvia. Like thousands of other Latvian citizens, Formakov was accused of harboring anti-Soviet views and sentenced to corrective labor in Siberia. He joined a population of prisoners that, by January 1941, numbered 2.9 million, and were held in a vast network of prisons, labor camps and colonies across the Soviet Union. Formakov’s letters – marred with stains, black marks left by censors and abrasions from frequent handling – revealed a great deal about the hardships he and his fellow inmates had faced.

An obvious target ‘You just want to wail’ Other times he despairs. Cookies are Not Accepted - New York Times. Not Writing History. Ten days ago Guatemalan courts convicted former dictator General Efraín Ríos Montt, to 80 years in prison for charges of genocide and crimes against humanity. 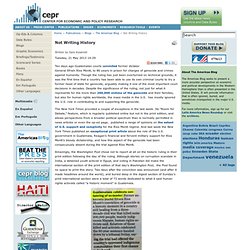 Though the ruling has just been overturned on technical grounds, it was the first time that a country has been able to use its own criminal courts to try a former head of state for genocide, arguably making it one of the most important court decisions in decades. Despite the significance of the ruling, not just for what it represents for the more than 200,000 victims of the genocide and their families, but also for human rights worldwide, the mass media in the U.S. has mostly ignored the U.S. role in contributing to and supporting the genocide. Untitled. Introduction Clinton Fernandes of the Australian Defence Force Academy outlines the history of successive forums for investigation of crimes committed in East Timor by Indonesian military forces and militia forces under Indonesian control between 1975 and 1999. 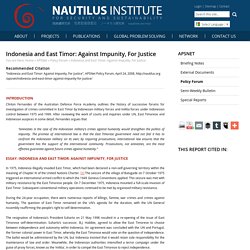 Prosecutions, not amnesties, are the most effective guarantee against future crimes against humanity.” Essay: Indonesia and East Timor: Against Impunity, For Justice Indonesia’s National Commission on Human Rights Chega! Chega! Crimes against humanity. Crimes against humanity, as defined by the Rome Statute of the International Criminal Court Explanatory Memorandum, "are particularly odious offences in that they constitute a serious attack on human dignity or a grave humiliation or degradation of human beings. 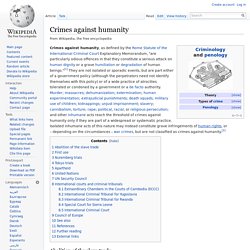 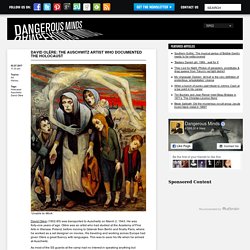