10 Things That Piss Off High-End Watch Collectors  It isn’t easy being an enthusiast and customer of precious timepieces. 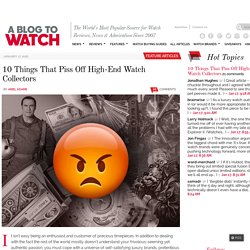 In addition to dealing with the fact the rest of the world mostly doesn't understand your frivolous-seeming yet authentic passion, you must cope with a universe of self-satisfying luxury brands, pretentious fellow collectors, and stuffy atmospheres that feel worse than the most conservative work functions - despite that people are there to enjoy celebratory items (watches). Being a watch lover and collector is a regular uphill battle with the real carrot on the end of the stick being the prospect of owning a stable of beautiful lifelong-lasting timepieces. Brand Ambassadors I'll start with a tricky one because brand ambassadors (paid or otherwise compensated "celebrities" who wear a brand's products and are involved in at least some aspect of their marketing strategy) often do result in net gains for a brand from a business perspective.

Brand ambassadors rarely accurately mirror a brand's true personality. The Secret Psychology Of Restaurant Menus. The Art of Handling a PR Implosion. This week, the topic du jour on the Internet has been the saga of Martin Shkreli, the ex-hedge fund manager turned Big Pharma CEO who purchased the rights to the parasite-fighting drug Daraprim, then proceeded to boost its price from $13.50 to $750 per pill — an increase of more than 5,000%. 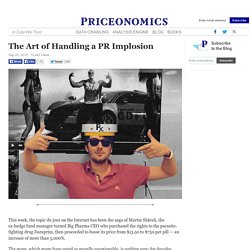 The move, which many have outed as morally questionable, is nothing new: for decades, drug companies have engaged in the practice of buying old, neglected drugs and “rebranding” them as costly specialty drugs. For Shkreli and his company, Turing Pharmaceuticals, procuring the 62-year-old Daraprim was nothing more than a routine business maneuver. Had Turing executives kept mum when the news broke, it is likely that the story’s lifespan would’ve been short lived.

Unfortunately for them, Shkreli opened his mouth. On live new segments, Shkreli defended his actions with a wry smirk on his face. “Here's a question: are you fucking [dense]? But just what should’ve he done? New Commercial Is Officially Breaking Up with Old Dior Clientele. "Mr. 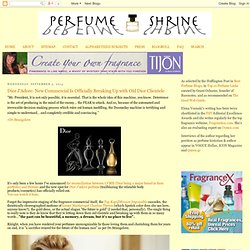 President, it is not only possible, it is essential. That is the whole idea of this machine, you know. Deterrence is the art of producing in the mind of the enemy... the FEAR to attack. And so, because of the automated and irrevocable decision-making process which rules out human meddling, the Doomsday machine is terrifying and simple to understand… and completely credible and convincing. " It's only been a few hours I've announced the reconciliation between LVMH (Dior being a major brand in their portfolio) and Hermes and the new spot for Dior J'adore perfume (trailblazing the relatable body products/cosmetics) has officially rolled out.You can watch it here.

Forget the impressive staging of the fragrance commercial itself, the Top Kapi/Mission Impossible cascades, the theatrically choreographed motions of former Martini-girl Charlize Theron (which lipstick color does she use here, anyone know?) Additionally, can't resist: what the hell happened to Charlize Theron's face? Let Them Talk (Coty Sophia) The first "real" celebrity perfume is probably Sophia by Coty, issued in 1981 after the persona of Sophia Loren, Italian superstar and Hollywood legend to give many a run for their money. 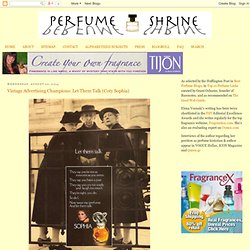 No Liz Taylor, you ask? Elizabeth Taylor's white Diamonds and Catherine Deneuve's erstwhile Deneuve perfume deal with Avon (1986) historically follow Sophia. I'm not counting the (semi-promotional) claims by Creed or the historical figures like Empress Josephine (for Guerlain's Eau Imperiale) or Sarah Bernard who had a penchant for cosmetics anyway; their commissions didn't come across as "product" till very recently, in essence ~pun notwithstanding~ negating the very concept of "celebrity scent" (aka, jus and packaging produced to harness the power of a fan club into strengthening a person's "brand").

If you're curious about these little fragrance trivia you can check out an interesting timeline for the Celebrity Fragrances Craziness History on this link. But my focus today is the print ad.