A Golden Age for Dystopian Fiction. Crooks, Liars, and Spies: 10 Great Books of Washington Intrigue. Hell in a kiss: "4 A.M" by Kenneth Fearing (1902-1961) "4 A.M" By Kenneth Fearing "It is early evening, still, in Honolulu, and in London, now, itmust be well past dawn;But here, in the Riviera Cafe, on a street that has been lost andforgotten very long ago, as the clock moves steadily towardclosing time,The spark of life is very low, if it burns at all.And here we are, four lost and forgotten customers in this placethat surely will never again be found,Sitting, at ten-foot intervals, along this lost and forgotten bar,(Wishing the space were further still, for we are still too closefor comfort)Knowing that the bartender, and the elk’s head, and the portraitof F.D.R. 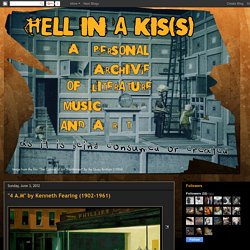 When I read this powerful poem by Kenneth Fearing, the Nighthawks of Edward Hopper came flying in and the Riviera became Phillies. Kenneth Fearing was a pulp fiction writer, an editor and one of the best poets of the American Depression era. Poetry Foundation. The 11 Best Sci-Fi Novels From the 21st Century You Likely Missed. Super Sad True Love Story. 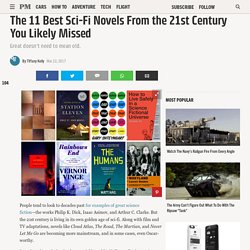 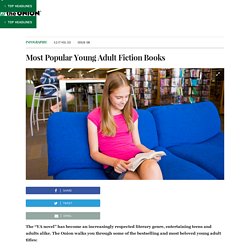 The Onion walks you through some of the bestselling and most beloved young adult titles: These theologically tinged C.S. Lewis novels have introduced generation after generation of young people to the concept of a forced metaphor The perfect series for anyone who loved the Harry Potter books but wished there were more scenes where children died violently A 1963 fantasy novel that has gained recent popularity among people who like to point out that they read the book before the movie came out It’s safe to blindly guess that a book by this title exists and that kids ages 10-15 can’t get enough of it This award-winning series earned author K.A. Cunk on Shakespeare. Please Subscribe to 3QD If you would like to make a one time donation in any amount, please do so by clicking the "Pay Now" button below. 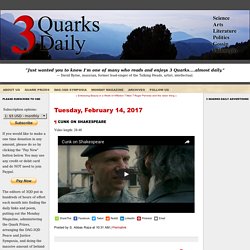 You may use any credit or debit card and do NOT need to join Paypal. The editors of 3QD put in hundreds of hours of effort each month into finding the daily links and poem, putting out the Monday Magazine, administering the Quark Prizes, arranging the DAG-3QD Peace and Justice Symposia, and doing the massive amount of behind-the-scenes work which goes into running the site. Book review of Jennifer T. Roberts's The Plague of War. The Plague of War: Athens, Sparta, and the Struggle for Ancient Greece By Jennifer T. 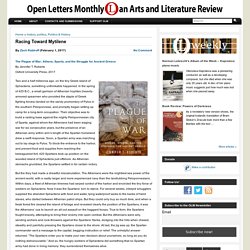 Roberts Oxford University Press, 2017 Two and a half millennia ago, on the tiny Greek island of Sphacteria, something unthinkable happened. In the spring of 425 B.C., a small garrison of Athenian hoplites (heavily-armored spearmen who provided the staple of Greek fighting forces) landed on the sandy promontory of Pylos in the southern Peloponnese, and promptly began setting up camp for a long-term occupation. Their objective was to build a raiding base against the mighty Peloponnesian city of Sparta, against whom the Athenians had been waging war for six consecutive years, but the presence of an Athenian army within arm’s length of the Spartan homeland drew a swift response. 10 great or near-great comix you might think about reading. 10 great or near-great comix you might think about reading by Dave Maier Fatale (Ed Brubaker, writer; Sean Phillips, artist) 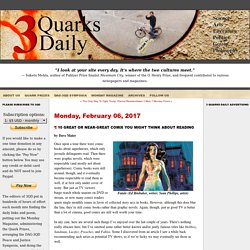 Amphetamine Logic - VICE. The Pioneering Female Sci-Fi Writer Whose Identity Was Kept Secret for 50 Years. Many women writers have chosen to hide or disguise their identities by adopting a pseudonym—consider J. 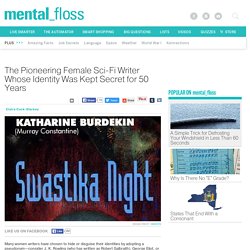 K. Rowling (who has written as Robert Galbraith), George Eliot, or the Brontë sisters, for example. However, the true identities of these gender-bending writers often became known in their lifetimes, while the same cannot be said for the pioneering British science fiction author Katharine Burdekin and her alter ego, Murray Constantine. Burdekin began her writing career in the early 1920s, publishing a couple of realist novels under her own name before beginning to write books with a distinctly science fiction theme. 300 Tang poems - Tang Shi. An anthology of 320 poems. 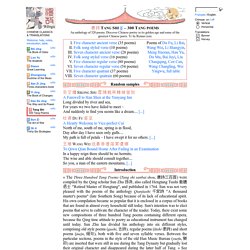 Discover Chinese poetry in its golden age and some of the greatest Chinese poets. Tr. by Bynner (en). Random samples 司空曙 Sikong Shu 雲陽館與韓紳宿別A Farewell to Han Shen at the Yunyang Inn Long divided by river and sea, For years we two have failed to meet – And suddenly to find you seems like a dream.... [...] This brilliant book sheds new light on Nazi Germany. Boundary Conditions. “One rainy day in the spring of 1960, the San Francisco poet Robert Duncan arrived at my door,” Adrienne Rich wrote in her essay “A Communal Poetry.” 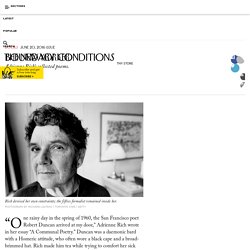 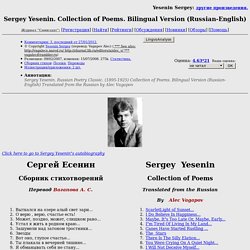 Collection of Poems. Bilingual Version (Russian-English) “Monotony” — Langston Hughes. Ode to a Nightingale by John Keats. This Comic Will Make You Wonder What "You" Even Means. ‘The Machine’ by Existential Comics What Does This Comic Mean, Man? This comic explores the philosophical problem of personal identity. The question of “what makes me me?” Seems straightforward enough, but upon investigation, one finds (perhaps surprisingly) that the issues are quite complex, and that little consensus exists as to what makes a person a person, what it takes for a person to persist in time, etc. Overweening Generalist: Fugitive Thoughts: Timothy Leary's Reading of Pynchon's Gravity's Rainbow. George Orwell Explains in a Revealing 1944 Letter Why He'd Write 1984.

Huxley's Letter to Orwell Regarding "1984" In case you aren’t aware, Aldous Huxley was George Orwell’s French teacher at Eton College. The below letter contains Huxley’s brief review and initial thoughts on Orwell’s iconic masterpiece. Wrightwood. Cal.21 October, 1949Dear Mr. Kurt Vonnegut graphed the world’s most popular stories. This post comes via Know More, Wonkblog's social media site. Kurt Vonnegut claimed that his prettiest contribution to culture wasn’t a popular novel like “Cat’s Cradle” or “Slaughterhouse-Five,” but a largely forgotten master’s thesis he wrote while studying anthropology at the University of Chicago. The thesis argued that a main character has ups and downs that can be graphed to reveal the taxonomy of a story, as well as something about the culture it comes from.

“The fundamental idea is that stories have shapes which can be drawn on graph paper, and that the shape of a given society’s stories is at least as interesting as the shape of its pots or spearheads,” Vonnegut said. In addition to churning out novels, Vonnegut was deeply interested in the practice of writing. Shelf Candy. James Thurber. James Grover Thurber (8 December 1894 – 2 November 1961) was an American humorist and cartoonist. Quotes[edit] Sunday Poem. A reading list of Roman classics. Roman literature often derived from Greek sources, but took Greek models and made them its own. Sea of Crises « • The Disappearing Sword • Chinese Poems. Chinese Wedding-Asian Wedding Ceremony-Wedding Vows-Marriage Vows-Wedding Readings-Wedding Certificates. Philip Marlowe (Character) - Quotes. Site Search. Member Home. The Cluetrain Manifesto — Entire Text Index Page. Le Corbusier Le Grand. What can poetry teach us about war?

Gods and men in The Iliad and The Odyssey. 100 Best Non-Fiction Books (in Translation) of the 20th Century … and Beyond. Du Fu Index. Li Bai drinking alone (with the moon, his shadow, & 43 translators) Ovid the naturalist. Flannery O'Connor Reads "A Good Man Is Hard to Find" Read 10 Free Articles by Hunter S. Thompson That Span His Gonzo Journalist Career (1965-2005) 43 Books About War Every Man Should Read. The 10 Greatest Books Ever, According to 125 Top Authors (Download Them for Free)

Japan's getting a manga adaptation of Sherlock. 7 Essential Books on Music, Emotion, and the Brain. Don’t sleep on the Hugo Awards.