Silicon Valley has an asshole problem, and it’s high time we owned up to it. The Race for the All-in-One Credit Card. There’s a revolution coming to your wallet. 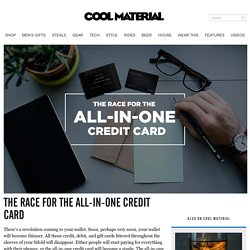 Soon, perhaps very soon, your wallet will become thinner. All those credit, debit, and gift cards littered throughout the sleeves of your bifold will disappear. Either people will start paying for everything with their phones, or the all-in-one credit card will become a staple. The all-in-one credit card, while perhaps slightly less practical, would be pretty damn cool. Pro-Fracking Guest: Appearing On The Daily Show 'Felt Like Three Hours Of Waterboarding' The "Daily Show" ran a segment on hydraulic fracturing on Thursday night that featured its "correspondent" Asif Mandvi interviewing people on the controversial oil and gas extraction process known as "fracking. 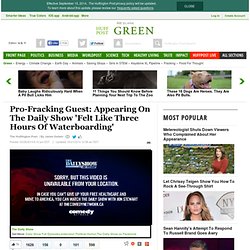 " Mandvi talked to Marita Noon, a former Christian speaker and the executive director of New Mexico-based Citizens Alliance for Responsible Energy, a non-profit lobbying organization that also operates a group called Energy Makes America Great. "Oil and gas companies are quite good at self-regulating or self-policing," Noon told Mandvi. She said she doesn't really see room for improvement and argued that oil and gas companies care about the communities where they operate.

Rival Industries Sweet-Talk the Public. Your boss wants to be Nate Silver. Tar Heel Pinkertons. Straight Up - By Afshin Molavi. Mexico is rising. 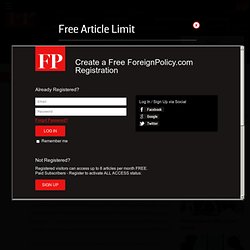 You can see it in the country's swelling exports, the net-zero migration to the United States, the excitement of international bond investors, a recent credit upgrade from Standard & Poor's, a newly confident middle class, and a per capita GDP that has doubled since 2000. Not to mention a young, dynamic, handsome new president. Some Online Journals Will Publish Fake Science, For A Fee : Shots - Health News. Insurance Company Gets Fucked Over By Another Cancer Patient. CHICAGO—Frustrated executives from the Blue Cross Blue Shield Association announced Friday that they are getting “completely fucked over” by Allentown, PA resident Matthew Greison, a 57-year-old man suffering from an advanced form of Hodgkin’s lymphoma. 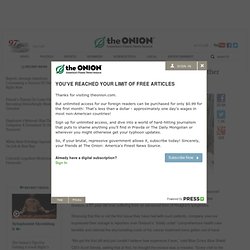 Stressing that this is not the first issue they have had with such patients, company sources expressed their outrage to reporters over Greison's “totally unfair” comprehensive health care benefits and claimed the skyrocketing costs of his cancer treatment have gotten out of hand. “We got the first bill and just couldn’t believe how expensive it was,” said Blue Cross Blue Shield CEO Scott Serota, adding that at first, he thought the invoice was a mistake. “Every visit to the oncologist ran about $140, not to mention the thousands of dollars for every MRI and CT scan, and then the chemotherapy and cancer drugs were more than $10,000 per month.

And he paid for maybe—maybe—5 percent of it. You Won't Believe What the Food Industry Is Doing to Keep Americans Hooked on Junk. June 18, 2013 | Like this article? 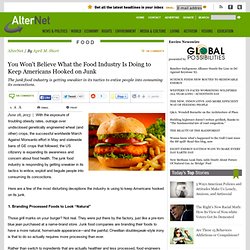 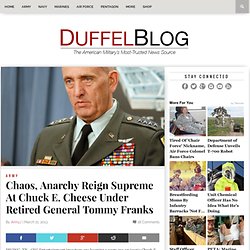 Cheese children’s restaurants as 2013 financial reports showed the company getting off to a rocky start. With stock prices fluctuating, many are blaming one man: former Army four-star general Tommy Franks, once known as the “Beloved Savior of Iraq,” and since March 2008, an independent director of CEC Entertainment. The retired general was pulled into the company for his strategic vision and legendary war record. Smashing initial successes had members of the board celebrating on Wall Street at their newfound financial returns. Panera Bakers Battle For A Union In A Union-Free World.

Kathleen VonEitzen heads into work at 10 p.m. with a long night ahead of her. 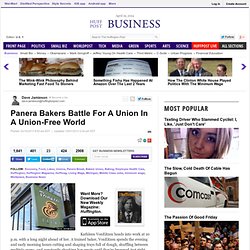 A trained baker, VonEitzen spends the evening and early morning hours cutting and shaping trays full of dough, shuffling between multiple ovens, and constantly checking her crusts until they're browned just right. She pulls hundreds of fresh baguettes, bagels, cookies and scones from the ovens until her shift finally ends around dawn. VonEitzen, 55, doesn't work in some boutique bakery, but in a Panera Bread franchise in Battle Creek, Mich. The company prizes VonEitzen's craftsmanship, referring to her as an "artisan. " "It takes a special type of person to dedicate their night to baking fresh bread," Panera says on its website. Though Panera bakers don't bake from scratch (the raw dough comes from a regional facility) they're still required to master a wide range of baking disciplines.

The Yellow Tail Story: How Two Families Turned Australia Into America's Biggest Wine Brand. In 1992, imports of Australian wine accounted for only around 3% of all imported wine to the United States, with Italy and France continuing to hold a tight grip on the market at 30% and 50% respectively. 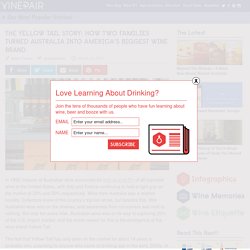 Wine from Australia was a relative novelty. Grocery Stores Are Losing You. Here's How They Plan To Win You Back. A little booze can't hurt: The Hy-Vee grocery chain has added a Market Grille to several of its locations in the Midwest and Great Plains. 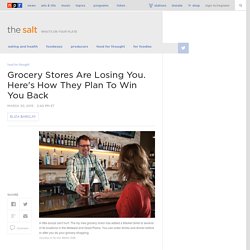 The connected card 'wallet replacement' - BBC News. The American Bounty Hunter Becomes an Endangered Species. Here's What Happens When Wall Street Runs Hospitals  If you think costs would come down if hospitals were all owned and operated by big for-profit corporations like Hospital Corporation of America, you might want to take a look at a study published last week by the journal Health Affairs. Of the 50 U.S. hospitals that mark up prices the most, 49 of them are part of for-profit hospital chains, according to the study's authors, Ge Bai of Washington & Lee University and Gerard Anderson of the Johns Hopkins Bloomberg School of Public Health.

The Logic of Surveillance Capitalism.