The 12 Best Whiskey Books of 2021. Our editors independently research, test, and recommend the best products; you can learn more about our review process here. 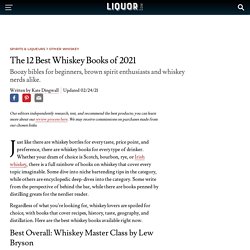 We may receive commissions on purchases made from our chosen links. Just like there are whiskey bottles for every taste, price point, and preference, there are whiskey books for every type of drinker. Whether your dram of choice is Scotch, bourbon, rye, or Irish whiskey, there is a full rainbow of books on whiskey that cover every topic imaginable. Some dive into niche bartending tips in the category, while others are encyclopedic deep-dives into the category.

Some write from the perspective of behind the bar, while there are books penned by distilling greats for the nerdier reader. Your Japanese Whisky Starter Pack. “Sitting, dock of the bay with a big yacht / Sippin’ Yamazaki on the rocks.” 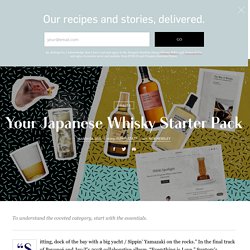 In the final track of Beyoncé and Jay-Z’s 2018 collaborative album, “Everything is Love,” Suntory’s flagship whisky figures centrally in the celebrity duo’s description of having made it, a sure sign of Japanese whisky’s ascendant status. If the cultural cachet of Japanese whisky had been on the rise in the States for some time, by 2018 it had become a full-blown phenomenon. Buffalo Trace's New Goldilocks Bourbon Is the Best Thing I Drank Last Month. Every month, a huge amount of booze moves through the Gear Patrol offices — beer, wine and a whole lot of whiskey. 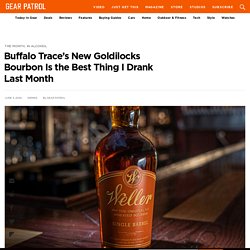 10 Things You Didn’t Know About Mead. Ever wonder what mighty potion Vikings fortified themselves with as they crisscrossed the oceans? 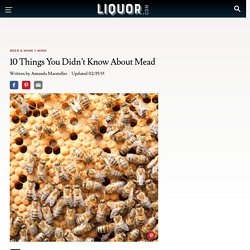 Or what King Midas was swigging from his golden goblet? The answer lies with the humble honeybee—and the sweet elixir it’s helped produce for millenia. Mead may be the ancestor of all alcoholic beverages. It’s enjoyed audiences with all manner of royalty, epic fictional heroes and even Greek gods. But its popularity has still sagged under the weight of history—until now. 1. Mead is fermented with three basic ingredients: honey, yeast and water. 2. Chinese pottery vessels dating from 7000 B.C. suggest evidence of mead fermentation that out-ages both wine and beer. Fitness Coach Reveals How Much Alcohol You Can Drink Without Sacrificing Gains. Whether it’s your CrossFit mates telling you to join their Dry January cult community or your gym bros telling you there’s no point training the day after sinking a few beers, we’ve all heard the refrain “working out after drinking just breaks down muscle.” 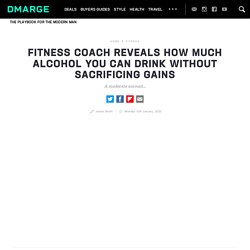 But how true is this piece of wisdom? Not as true as the substantially less crowded gyms on a Sunday morning would have you believe, numerous studies seem to suggest. However, there is some truth to it, which only makes matters more complicated. Drinking Like a Big Shot...But on a Budget. How to Taste Liquor Like a Pro. IWSC International Wine & Spirit Competition. How to drink like Winston Churchill - Telegraph. Perhaps a more interesting question about Churchill’s drinking habits is what kinds of things he actually enjoyed drinking. 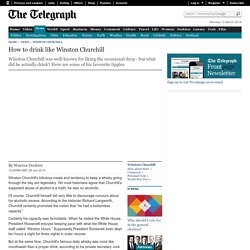 His tastes might be thought of as unsurprisingly old-fashioned. He did not care for sugary American cocktails but was known to drink a white German breakfast wine which he called 'Hock’. Here are some of his favourite drinks. Dry Martini. My 5 Desert-Island Booze Bottles: Derek Brown. Login I forgot my password. 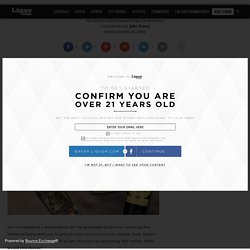 Do Smarter People Drink More? What 5 Studies Say. The stereotype of the drunk genius is doggedly persistent: Think of Ernest Hemingway, who claimed to “write drunk, edit sober,” or you yourself, having a well-deserved glass of wine at happy hour after dealing all day with what sometimes feels like a world full of … not-so-bright people, to put it kindly. 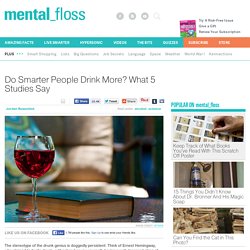 This connection has driven scientists to study the question: Are smarter people heavier drinkers? If You’re Someone Who Drinks Alcohol Regularly, You Need To Read This. This Is Why The Bloody Mary Is The Quintessential Airport Drink. In a promo for his new Comedy Central Show “Why? 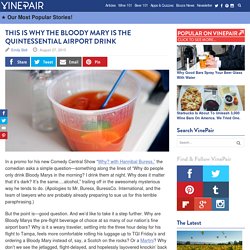 With Hannibal Buress,” the comedian asks a simple question—something along the lines of “Why do people only drink Bloody Marys in the morning? I drink them at night. Why does it matter that it’s dark? It’s the same….alcohol,” trailing off in the awesomely mysterious way he tends to do. (Apologies to Mr. But the point is—good question. First answer, and the answer Mr. Blood Alcohol Concentration // OADE // University of Notre Dame. Blood/Breath Alcohol Concentration (BAC) is the amount of alcohol in the bloodstream or on one’s breath. 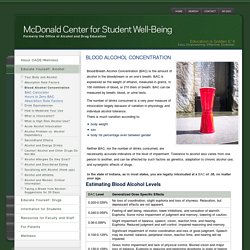 BAC is expressed as the weight of ethanol, measured in grams, in 100 milliliters of blood, or 210 liters of breath. BAC can be measured by breath, blood, or urine tests. Best Bargain Booze: 7 Top Picks From Bar Experts — Straight Up Cocktails and Spirits. Do you have a favorite bargain spirit? Something with a lower than average price tag that delivers great value every time? We recently posed this question to 7 cocktails and spirits professionals — writers and bloggers, a spirits sommelier, and a store buyer — and found their responses fascinating. Here are 7 of their top picks: We should mention first that we left the field open: any type of liquor was fair game. And because average prices within different categories of spirits range widely (for example, a basic vodka starts at around $10, while a well-aged single malt scotch costs upwards of $40), we didn't set an upper dollar limit for this challenge.

Straight Up - By Afshin Molavi. Mexico is rising. You can see it in the country's swelling exports, the net-zero migration to the United States, the excitement of international bond investors, a recent credit upgrade from Standard & Poor's, a newly confident middle class, and a per capita GDP that has doubled since 2000. Not to mention a young, dynamic, handsome new president. In case you missed all these signs, though, you can also see Mexico's surge forward in a Scotch whisky ad.

The television spot says nothing about the product but everything about the country's long march from poverty toward prosperity. In the advertisement, thousands of Mexicans, men and women, young and old, are bound by chains to a massive boulder. Ultimate Beverage Challenge — 2012 Spirits Results. Superaged spirits: How old is too old for whiskey, gin, and chartreuse? Courtesy of Suntory The first time I tasted a superaged spirit—a rare 50-year-old Glenfiddich single malt scotch—I was taken aback.

Not by the whiskey itself, but by the rapturous swooning of the whiskey geeks all around me at a tasting hosted by the whiskey brand. Liquor and Spirits: What are some awesome looking liquor bottles. Holiday Spirits Gift Guide - Great Alcohol to Give as Gifts. Drink Spirits Holiday Alcohol Gift Guide Last year we had an amazing response to our spirited holiday gift guides and part of the reason for that is spirits make great holiday gifts. 6 Spirits under $40 that Make Great Gifts. 21 Best Whiskey Bars In America. Gift Guide: Bottles Of Booze. Art In The Age Root Based on an herbal remedy from the 1700s, Root from Art in the Age is unlike any spirit they’ve ever tried.