America Is Not a "Proposition Nation" - American Renaissance. When I was studying French in school we used an elementary reader that was published in France ages ago. 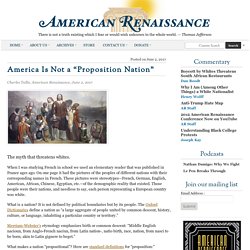 On one page it had the pictures of the peoples of different nations with their corresponding names in French. These pictures were stereotypes—French, German, English, American, African, Chinese, Egyptian, etc. —of the demographic reality that existed. Those people were their nations, and needless to say, each person representing a European country was white. What is a nation? Merriam-Webster’s etymology emphasizes birth or common descent: “Middle English nacioun, from Anglo-French naciun, from Latin nation-, natio birth, race, nation, from nasci to be born; akin to Latin gignere to beget.”

What makes a nation “propositional”? It is hardly encouraging to think of one’s nation as “something offered for consideration” or “a theorem or problem.” Tha Engliscan Gesithas. Modern art was CIA 'weapon' - World - News. The connection is improbable. 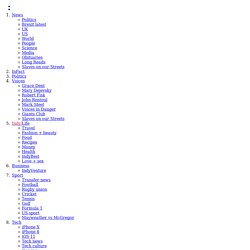 This was a period, in the 1950s and 1960s, when the great majority of Americans disliked or even despised modern art - President Truman summed up the popular view when he said: "If that's art, then I'm a Hottentot. " As for the artists themselves, many were ex- communists barely acceptable in the America of the McCarthyite era, and certainly not the sort of people normally likely to receive US government backing. Why did the CIA support them?

Look At These Rare Photos Of Revolutionary War Veterans Who Lived Long Enough To Have Their Photos Taken – American Military News. The Revolutionary War ended in 1783, but photography was not created until the 1820’s and 1830’s. 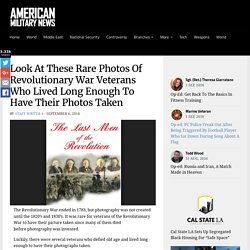 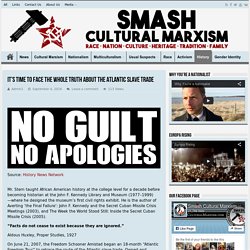 Stern taught African American history at the college level for a decade before becoming historian at the John F. Kennedy Library and Museum (1977–1999)—where he designed the museum’s first civil rights exhibit. He is the author of Averting ‘the Final Failure’: John F. Kennedy and the Secret Cuban Missile Crisis Meetings (2003), and The Week the World Stood Still: Inside the Secret Cuban Missile Crisis (2005). “Facts do not cease to exist because they are ignored.”

Red Hair : Fear and Loathing in Medieval Times. “Do not dye her hair red and thereby presage for her the fires of hell.” – St. 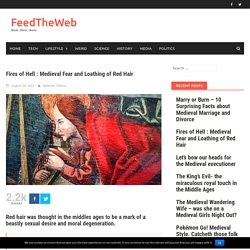 Jerome In medieval Europe, the infamous witch-hunting manual, Malleus Maleficarum, warned that red hair and green eyes were marks of a witch, werewolf or vampire. So were freckles, which redheads tend to have aplenty. The Spanish Inquisition singled redheads out for persecution, believing their hair to be sure sign that they stole the fires of hell. Medievals believed those with red hair were the offspring of parents who had bloody sex during “that time of the month”, thereby displaying a depraved lack of sexual self-discipline. Even red animals and flowers weren’t innocent. The robin redbreast and the red fox became the devil’s creatures. Ancient Fear and Loathing Red hair has been feared and loathed through history. The Ancient Egyptians believed that red-haired animals and people were associated with the god ‘Set’, and many of their pharaohs had red hair. 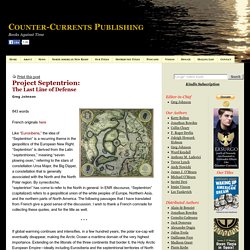 The Despair of Poor White Americans. Twentieth Century Atlas - Death Tolls. The Count - Profile of a Polemicist. The Oldest Human Genome Has Been Sequenced & It Could Rewrite Our History – Mysterious Earth. Scientists have discovered remains of the oldest human DNA sequence ever recorded, taken from a cave in Northern Spain known as Sima De Los Huesos, or the pit of bones. 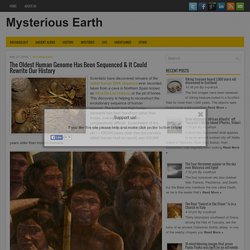 This discovery is helping to reconstruct the evolutionary sequence of human species. The teeth and thigh bones remnants had been fossilized rather than frozen, making DNA extraction comparatively difficult. Examination of the bones revealed they were 430,000 years old — 100,000 years older than the previous oldest human skull on record, and 200,000 years older than modern humans. © Kennis & Kennis/Madrid Scientific Films To find out more, a team led by Matthias Meyer at the Max Planck Institute for Evolutionary Anthropology in Leipzig, Germany, pieced together parts of the hominin’s nuclear DNA from samples taken from a tooth and a thigh bone, New Scientist reported. Human Ancestors Tamed Fire Earlier Than Thought - History in the Headlines.

Thar She Blows: Whale Age Teaches Us about Oil. A boom, a bonanza, a decimation, a collapse. 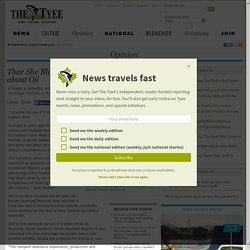 Learn from Ahab. Moby Dick: Whale oil dependent consumers were oblivious to how it was procured. "I'd strike the sun if it insulted me. " -- Captain Ahab A couple of years ago Robert Wagner Jr., a well-known Houston energy banker, read the famous novel Moby Dick by Herman Melville, a former whaler. It's a rambling and gritty tale about the 19th whaling industry and America's first energy boom.