Escape games (A big thank you to the authors!) 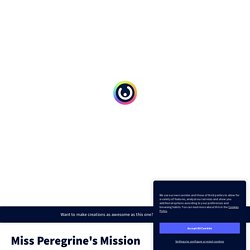 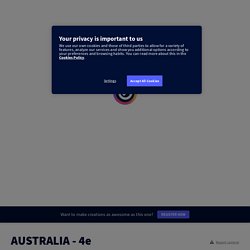 Limoges) Australia is situated in the Southern hemisphere under the Equator. That's why Australia is nicknamed "the Land Down Under". It is a country, an island and a continent at the same time.Australia is divided into six states: Queensland (North east of Australia), New South Wales (South east), South Australia, Victoria (the smallest state), Western Australia and Tasmania (a small island).

There are also two territories: the Northern Territory and the Australian Capital Territory (a small land in New South Wales).There are 24 million inhabitants in Australia and 85% of the population live in big cities.Hobart is the capital city of Tasmania and Lauceston is on the north coast of this small island. Australians are called"AUSSIES". from E For English 4e from Britannica Kids The Aborigines, or Aboriginals, are the native people of Australia. The Aborigines believe that everything on earth was created by Ancestor Spirits a long time ago, during the Dreamtime.

Crime scene by emeline.piquard on Genially. You are the investigator on that crime scene Escape game This is an Be the first to solve this case! 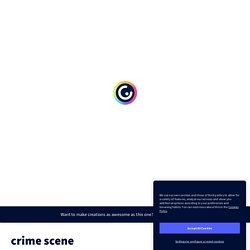 Find the murderer Analyze the clues you will discover Investigate on the crime scene CrimeScene The victim was killed on the 21st of April.Click on the elements you think are interesting for the case. When you're done investigating ALL the elements of this crime scene, click below: Who is this young man? There is something written behind the picture....Play the game to reveal it REMEMBER to check for peanuts in the new biscuits 190$ togive to Flynnto buy food.

Are you a movie buff? - 3e by Isabelle Beaubreuil on Genially. Escape Game Charlie and the chocolate factory by chognard.nathalie on Genially. ESCAPE GAME,PLAY,It's a catastrophe! 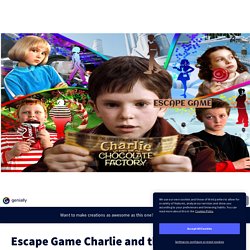 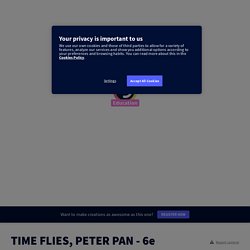 No! What time is it? Six o'clock three past six midnight quarter to three half past three quarter to six quarter past six six past quarter Neverland. Quiz comparison fantastic characters right &#x2F; wrong by missteacher.m on Genially. Halloween.