Brock Lesnar Highlights "BEST EVER" 100% "JUGGERNAUT" Brock Lesnar. Brock Edward Lesnar[2] (/ˈlɛznər/; born July 12, 1977) is an American professional wrestler and former mixed martial artist, professional football player and amateur wrestler,[3] who is signed with WWE.[4] He is also a former UFC Heavyweight Champion and an accomplished amateur wrestler, winning the 2000 NCAA Division I heavyweight wrestling championship and placing second in 1999 after losing to Stephen Neal.[5][6] Lesnar started a career in MMA signing with the Hero's promotion, and won his first fight in June 2007.[12] He then signed with the Ultimate Fighting Championship (UFC) in October 2007. 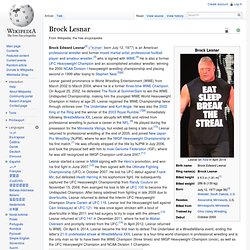 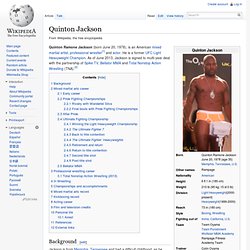 He is a former UFC Light Heavyweight Champion. As of June 2013, Jackson is signed to multi-year deal with the partnership of Spike TV, Bellator MMA and Total Nonstop Action Wrestling (TNA).[2] Background[edit] Mixed martial arts career[edit] Early career[edit] Impressed by the success of other wrestlers in MMA, Jackson decided to try his own hand at the sport. Pride Fighting Championships[edit] Japan's Pride organization in 2001 marketed Jackson as being a homeless person.[4] Jackson, still a relatively unknown fighter, first was matched at Pride 15 against fellow wrestler and Japanese superstar Kazushi Sakuraba, who was at that time Pride's most prominent domestic fighter.[5] Jackson lost due to a rear naked choke from Sakuraba.

Jackson then went on to defeat Masaaki Satake, Igor Vovchanchyn, Kevin Randleman and Mikhail Illoukhine in successive Pride bouts. The Official Web Site - Pittsburgh Penguins - Firefox. Mario Lemieux's Comeback: A Retrospective. On December 27, 2000, 10 years ago today, Mario Lemieux returned to the NHL as a player after three-and-a-half seasons in retirement. 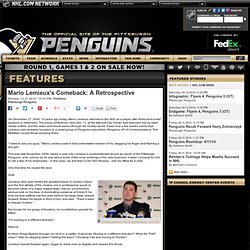 The press conference, held Dec. 11, at the Marriott City Center was televised live by eight media outlets, and the news sent shock waves through the hockey world. It was only a few weeks earlier that Lemieux had revealed his plans to a small group of Penguins executives. Penguins VP of Communications Tom McMillan recalls those amazing times. “I need to see you guys,” Mario Lemieux said in that understated manner of his, wagging his finger and flashing a wry grin. This was late November, 2000, barely a year into Lemieux’s unprecedented tenure as owner of the Pittsburgh Penguins, and, curious as he was about some of the inner workings of his new business, it wasn’t unusual for him to call a few of his employees - in this case, me and then-COO Tom Rooney - into his office for a chat.

Only this time he closed the door. Gulp. “I’m moving in a different direction.” Gordon Ramsay. D'où vient Gordon ? 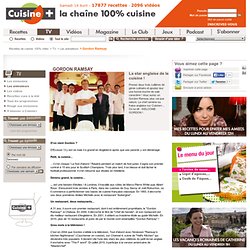 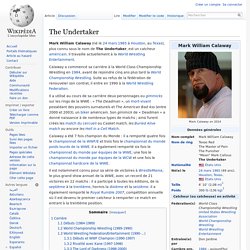